The federal government is on track to reach the statutory debt limit in the fall, which would trigger a government shutdown, according to a Congressional Budget Office (CBO) estimate.

The U.S. is projected to reach the debt ceiling of $28.5 trillion by October or November, a CBO report released Wednesday stated. If Capitol Hill lawmakers don’t reach an agreement on raising the limit higher, the government could undergo its third shutdown in less than four years.

“If the debt limit remained unchanged, the ability to borrow using those measures would ultimately be exhausted, and the Treasury would probably run out of cash sometime in the first quarter of the next fiscal year (which begins on October 1, 2021), most likely in October or November,” the CBO report said.

“If that occurred, the government would be unable to pay its obligations fully, and it would delay making payments for its activities, default on its debt obligations, or both,” it continued. (RELATED: Government Deficit On Pace To Be Second Largest In US History)

The impending deadline gives Democrats and Republicans just a few months to reach an agreement on increasing the ceiling and cutting spending, Reuters reported. But Republican leaders have recently signaled that raising the debt ceiling is off the table. 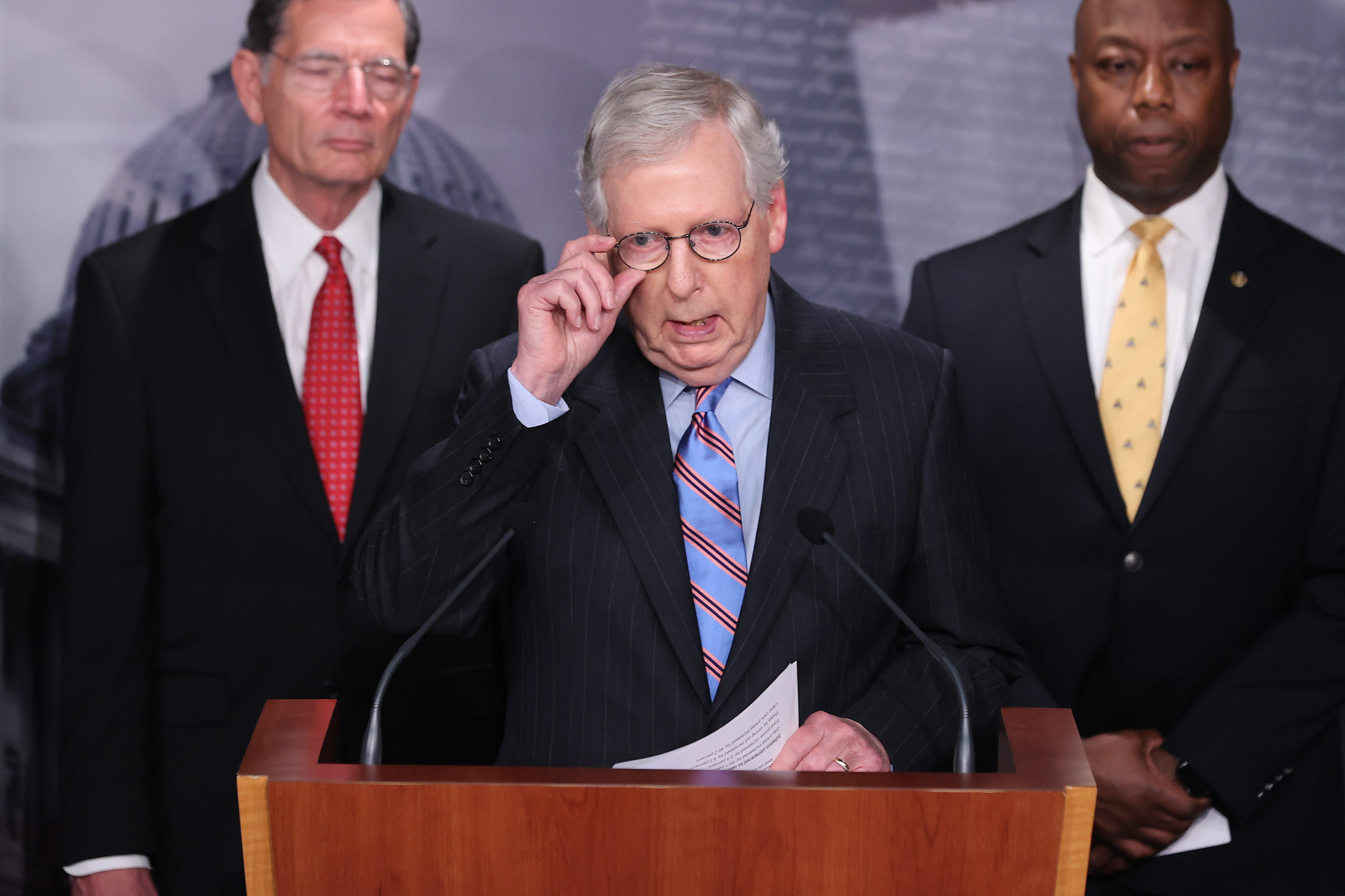 “I can’t imagine there will be a single Republican voting to raise the debt ceiling after what we’ve been experiencing,” Senate Minority Leader Mitch McConnell told Punchbowl News on Tuesday evening.

The top Senate Republican noted that “free-for-all for taxes and spending” would cause his caucus to pause before voting in favor of a debt limit increase.

McConnell, though, suggested that Democrats put a debt ceiling hike in their budget reconciliation package, according to Punchbowl News. A reconciliation bill may take months for Congress to pass and send to President Joe Biden’s desk.

The most recent shutdown lasted 34 days from December 2018 through late January 2019, according to the House historian. The government also shut down in 2013 and early 2018.

The U.S. first enacted a statutory debt ceiling in 1939. The purpose of the mechanism is to limit how much debt the government is able to take on, preventing it from taking on new obligations when the congressionally-set limit is reached.