Visitors at museums, cinemas or swimming pools in France will have to show a health pass starting Wednesday before they can enter, to prove they have either been vaccinated against COVID-19 or have recently gotten a negative test, Reuters reported.

The health pass can also include recent recovery from the virus, BBC News reported. The country only required a health pass for large events such as festivals or clubs before the change, Reuters reported.

The changes are an attempt to encourage vaccination and curb the uptick in cases as the Delta variant spreads, Reuters reported.

French President Emmanuel Macron wants the health pass to be a requirement for all restaurants and other aspects of public life, the Associated Press reported. The government plans to debate these changes, which will be reviewed by the French lower house of parliament Wednesday.

The health pass is either a QR code on a device or a piece of paper, which has become a salient issue for protestors against the COVID-19 vaccination, Reuters reported. It has sparked nationwide protests of over 100,000 people, who compared the measures to the Nazi and Apartheid regimes. 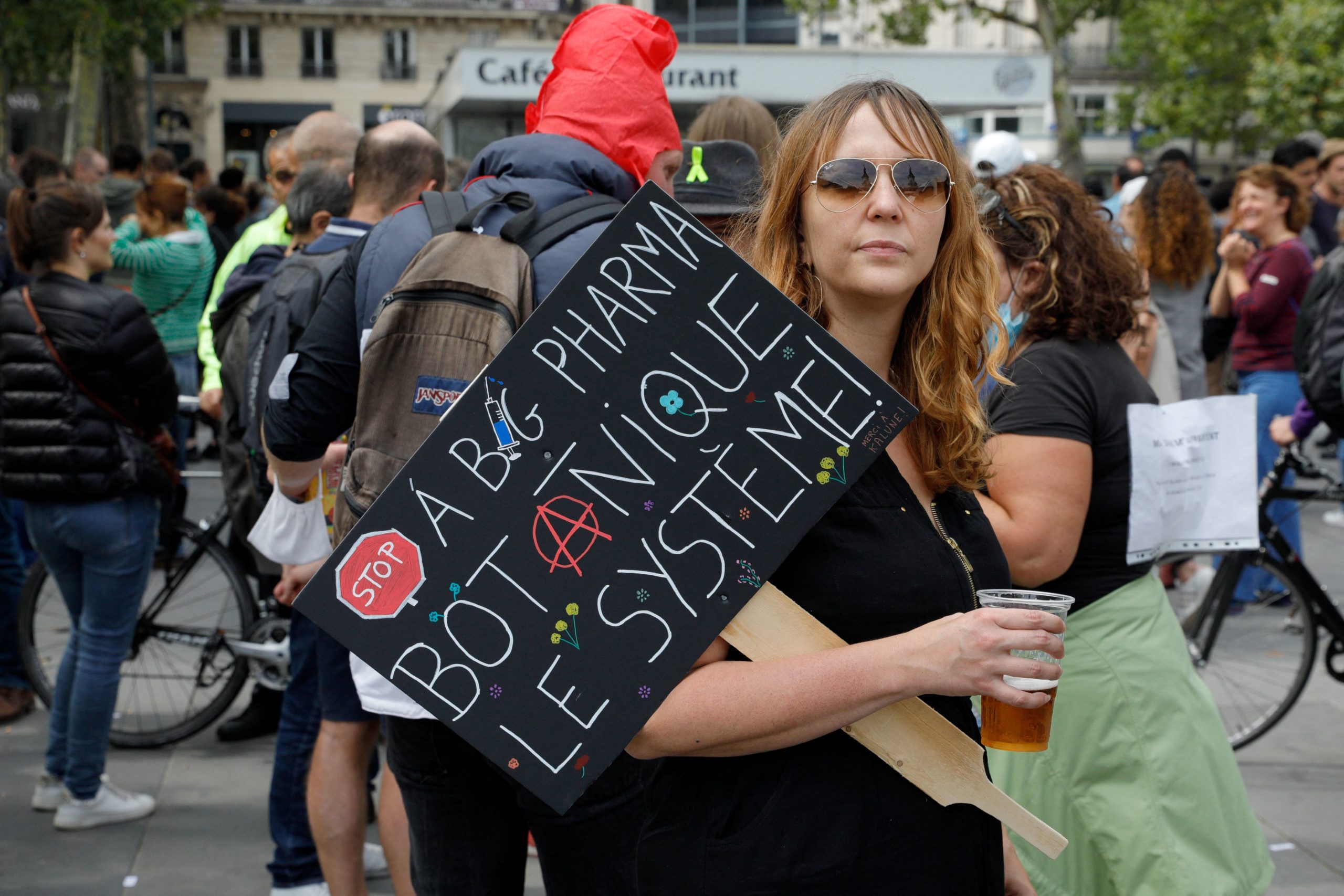 A woman holds a placard hostile to Pharmaceutical firms as she takes part in a gathering at Republic square in Paris on July 14, 2021 to protest against a governmental decision to impose Covid-19 tests for unvaccinated people who want to eat in restaurants or take long-distance trips, as the country looks to avoid a surge in more contagious Delta cases. (Photo by GEOFFROY VAN DER HASSELT/AFP via Getty Images)

The Delta variant is now the dominant strain in France, which Prime Minister Jean Castex told TF1 television means stricter restrictions and lockdowns can’t be ruled out, Reuters reported. He said he hoped to see the country of 67 million have 50 million first-dose vaccinations by the end of August. (RELATED: First Case Of Mutant Coronavirus Strain Detected In France)

Some businesses could be forced to close earlier or implement an outdoor face-mask requirement if required by regional prefects, Reuters reported.

Those who have a valid health pass can remove their masks once they are indoors unless a business or local authorities decide differently, Reuters reported. If businesses fails to check patrons’ health passes they could face fines, but the government will allow a grace period to give time to adjust to the new rules.