Defense Secretary Lloyd Austin said at a press conference Wednesday that “it’s really important” to him that the U.S. military  remains “apolitical” even as the Department of Defense (DOD) and its leadership continue to promote critical race theory (CRT).

Lloyd and Joint Chiefs Chairman Gen. Mark Milley, two of the nation’s top military leaders, fielded questions about CRT during the press conference and committed to keeping politics out of the military. The two officials reiterated that the military “is an apolitical institution” and its singular purpose is to “defend this country.” 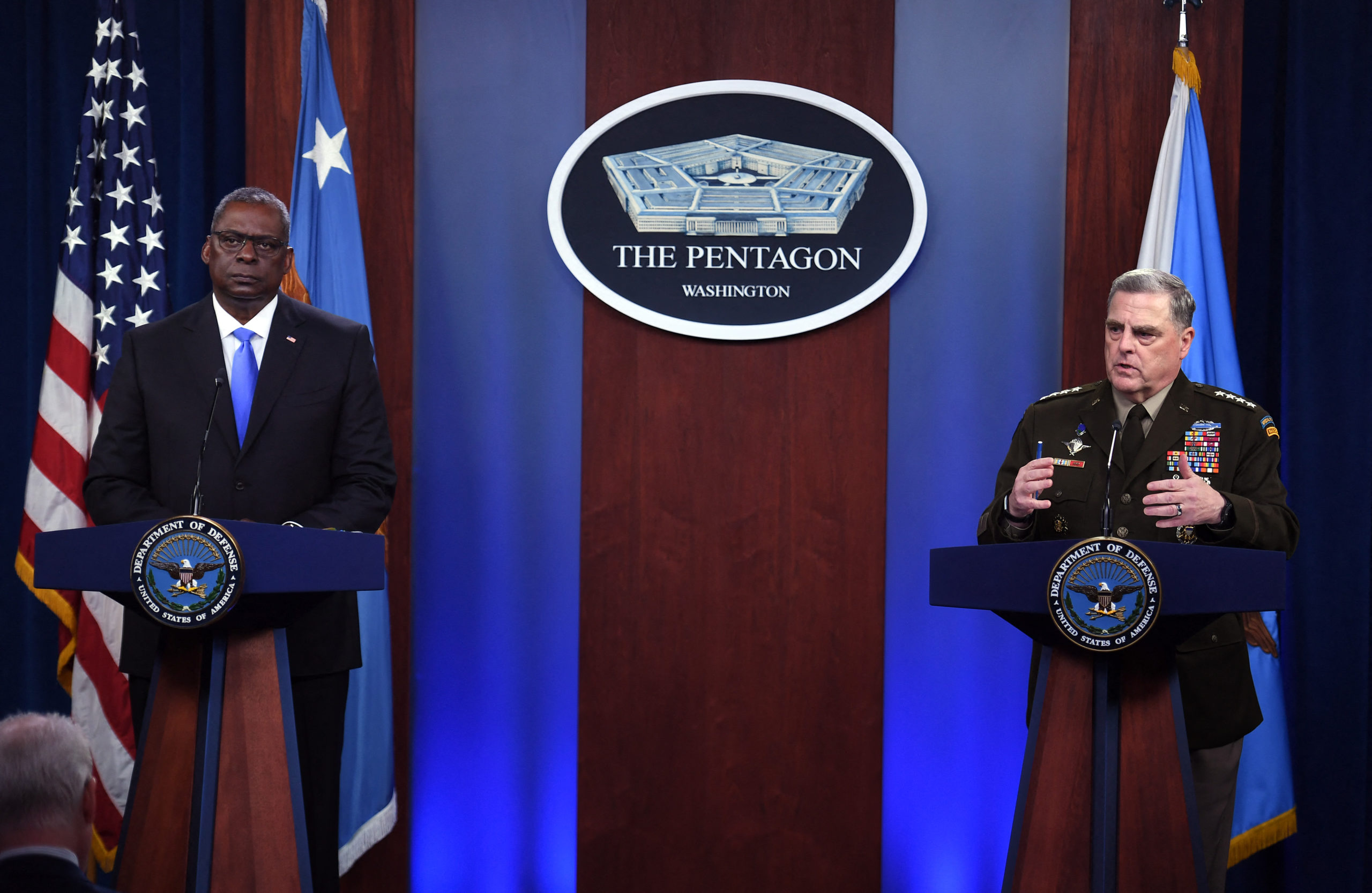 Defense Secretary Lloyd Austin (L) and Chairman of the Joint Chiefs of Staff, General Mark Milley, hold a press conference on July 21, 2021, at The Pentagon in Washington, DC (Olivier Douliery/AFP via Getty Images)

“It’s really important to me that this department remain apolitical,” Austin told reporters. “And so we’re going to do everything within our power to make sure that our troops, our leadership, both civilian and in military, remain focused on the task at hand and understand that they are not a part of the political apparatus there.”

But when asked whether CRT is being taught at military academies and promoted by the military’s top brass, the two officials dismissed those concerns as a distraction.

“Critical race theory is not something that this department teaches, professes, embraces,” Austin said. “You’ve also heard a couple of people at academic institutions say that they have required this to be reading for their students in specific courses. But because that’s the case does not mean that this department embraces this theory.” (RELATED: Inside The High-Profile Battle Over Critical Race Theory In The US Military)

Milley defended the promotion of CRT within the U.S. military during a House Armed Services Committee hearing in late June. He dismissed arguments from Republican lawmakers that promoting CRT in the military undermines its overall mission and instead claimed it would improve “discipline and cohesion” within the ranks. (RELATED: ‘It Was Pathetic’: Trump Goes After Mark Milley For Defending Critical Race Theory In Military)

U.S. Air Force Academy associate professor Lynne Chandler García agreed with Milley’s comments and defended teaching CRT at military academies in a Washington Post op-ed published earlier in July. She argued teaching CRT “is not unpatriotic” and does not “promote division among our military members.”

The U.S. Navy has faced scrutiny for including the book “How To Be Antiracist” by Ibram X. Kendi in a reading guide for sailors. Chief of Naval Operations Adm. Michael Gilday claimed the Navy’s “strength is in our diversity” during a House committee hearing in June and accused Republican lawmakers of “painting the U.S. military … as woke.”