The Democrats led by Sens. Sheldon Whitehouse and Chris Coons raised a series of questions about the FBI’s handling of its sexual misconduct probe into Brett Kavanaugh in response to a letter the Bureau sent them in June. They expressed particular concern that the FBI had received more than 4,500 tips and shared ones deemed “relevant” to former President Donald Trump’s White House.

“The admissions in your letter corroborate and explain numerous credible accounts by individuals and firms that they had contacted the FBI with information ‘highly relevant to . . . allegations’ of sexual misconduct by Justice Kavanaugh, only to be ignored,” seven Judiciary Democrats wrote in a letter addressed to FBI Director Christopher Wray late Wednesday.

“If the FBI was not authorized to or did not follow up on any of the tips that it received from the tip line, it is difficult to understand the point of having a tip line at all,” the letter continued. (RELATED: Democratic Senator Calls For Biden’s New AG To Examine ‘Fake’ Kavanaugh Investigation) 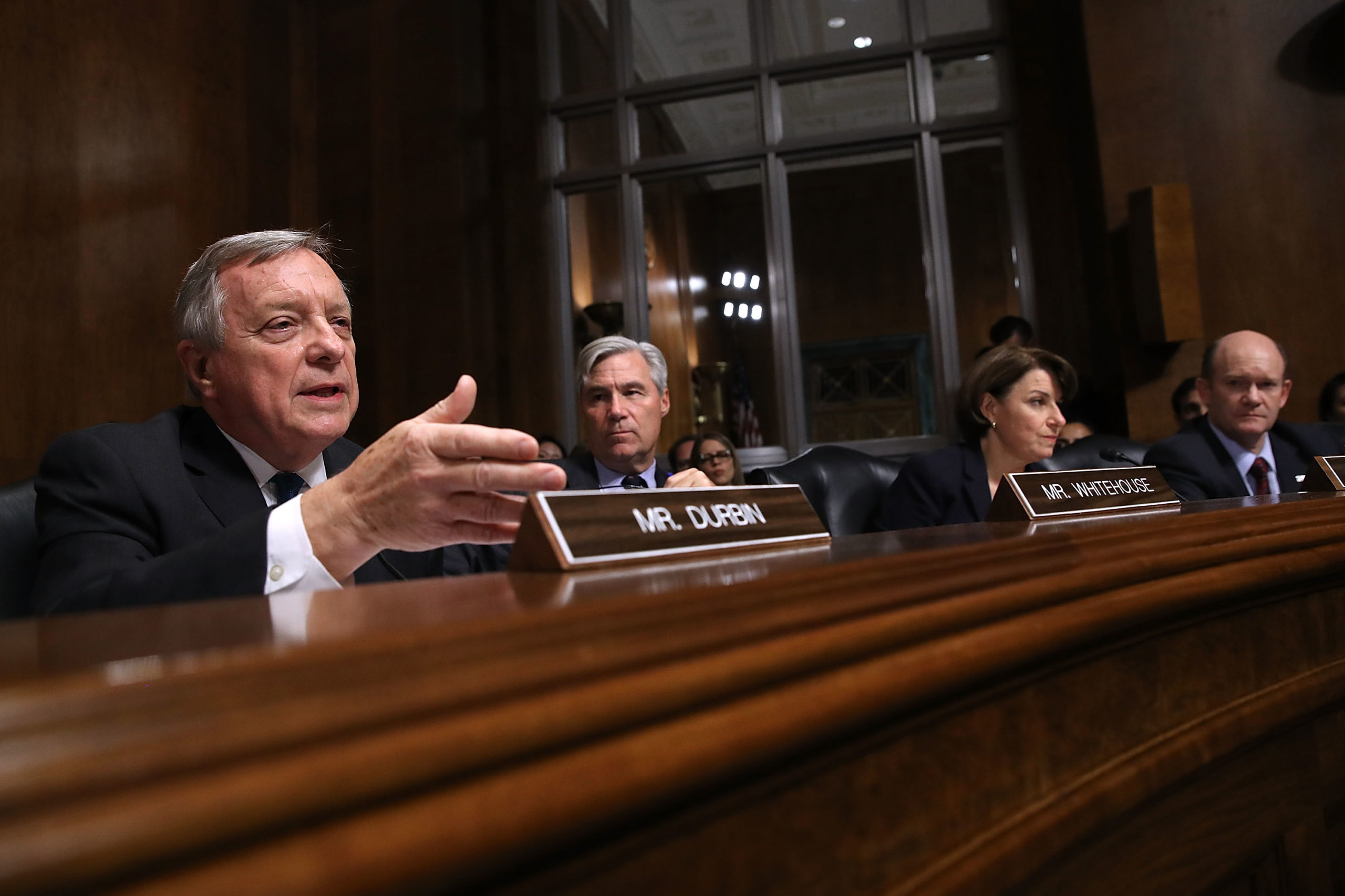 The lawmakers asked the FBI to share additional details including how tips were considered to be “relevant,” how many tips it shared with the Trump White House, whether tips were ever fully investigated and if the Bureau still had copies of the tips. The lawmaker also asked why potential witnesses identified through the tip line were never contacted or interviewed.

In the FBI’s letter, the agency noted that it gave the tips to the Office of the White House Counsel because that was the “requesting entity.” The Bureau also said the Kavanaugh background investigation involved different procedures than the FBI’s criminal probes. (RELATED: Second Kavanaugh Accuser Was Unsure If Judge Carried Out Assault)

In mid-2018, after Trump nominated then Judge Brett Kavanaugh to fill a Supreme Court vacancy, several women came forward with allegations he had sexually assaulted or harassed them. But Judiciary Committee and FBI investigations determined the accusations were unsubstantiated and the Senate confirmed Kavanaugh in October 2018.

On Wednesday, the seven Democratic senators gave Wray until Aug. 31, 2021 to respond to their questions. In addition to Whitehouse and Coons, Sens. Dick Durbin, Patrick Leahy, Richard Blumenthal, Mazie Hirono and Cory Booker signed the letter.