The crew of a U.S. Coast Guard helicopter changed course to avoid some clouds and ended up rescuing a man who suffered injuries from a grizzly bear, it was reported Thursday.

The MH-60 Jayhawk was en route to Nome, where the crew of four would be flying scientists to search for dead whales on the Alaskan coast, when the co-pilot, Lt. A.J. Hammac, noticed a man waving both hands.

“He said, ‘Hey there’s a guy down there and he’s waving at us.’ I said, ‘Is he waving with one hand or two hands?’” Lt. Cmdr. Jared Carbajal, the pilot of the Jayhawk, said, according to The New York Times. When told it was both hands, Carbajal said, “that’s usually a sign of distress.” (RELATED: Coast Guardsman Who Jumped On Moving Narco Sub In Viral Video Will Get An Award) 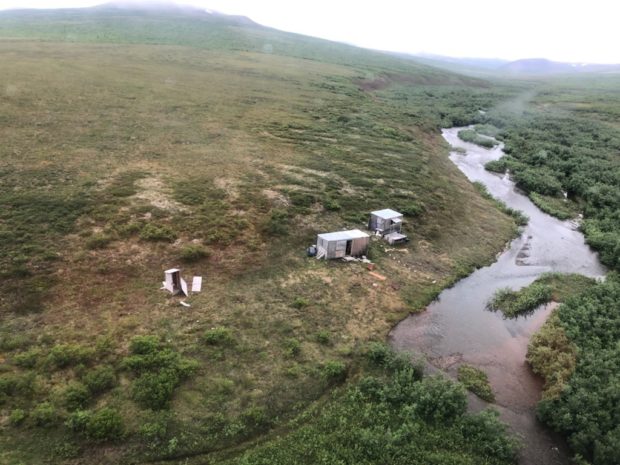 The Coast Guard helicopter had arrived just in time, as the man was down to two rounds of ammunition. According to a July 20 Coast Guard release, the man had been attacked by a grizzly bear, which returned several times over a period of a week. He had injuries to his leg and torso, none of which were life-threatening.

“He was kind of struggling. When we came around, he was on his hands and knees waving a white flag,” Hammac said. “He definitely looked like he had been out there for a while.”

The man’s friends had reported him missing when he didn’t return on schedule.