The Pfizer COVID-19 vaccine is almost 90% effective against the delta variant, according to a study Wednesday by The New England Journal of Medicine.

The Pfizer vaccine is 88% effective against coronavirus including the delta variant but was lower than the 93.7% effectiveness against the alpha variant that was first detected in the U.K., according to the study.

“Vaccines work, even against variants,” tweeted Angela Rasmussen, a virologist at the University of Saskatchewan. “Get vaccinated if you haven’t already.”

The study also found the AstraZeneca vaccine in use in the U.K. but not in the U.S. was 67% effective against the delta variant and 74.5% against alpha.

Both vaccines were only 30% effective after only one dose, according to the study. (RELATED: Pfizer: Israeli Data Finds Vaccine Prevents 94% Of Asymptomatic Infections) 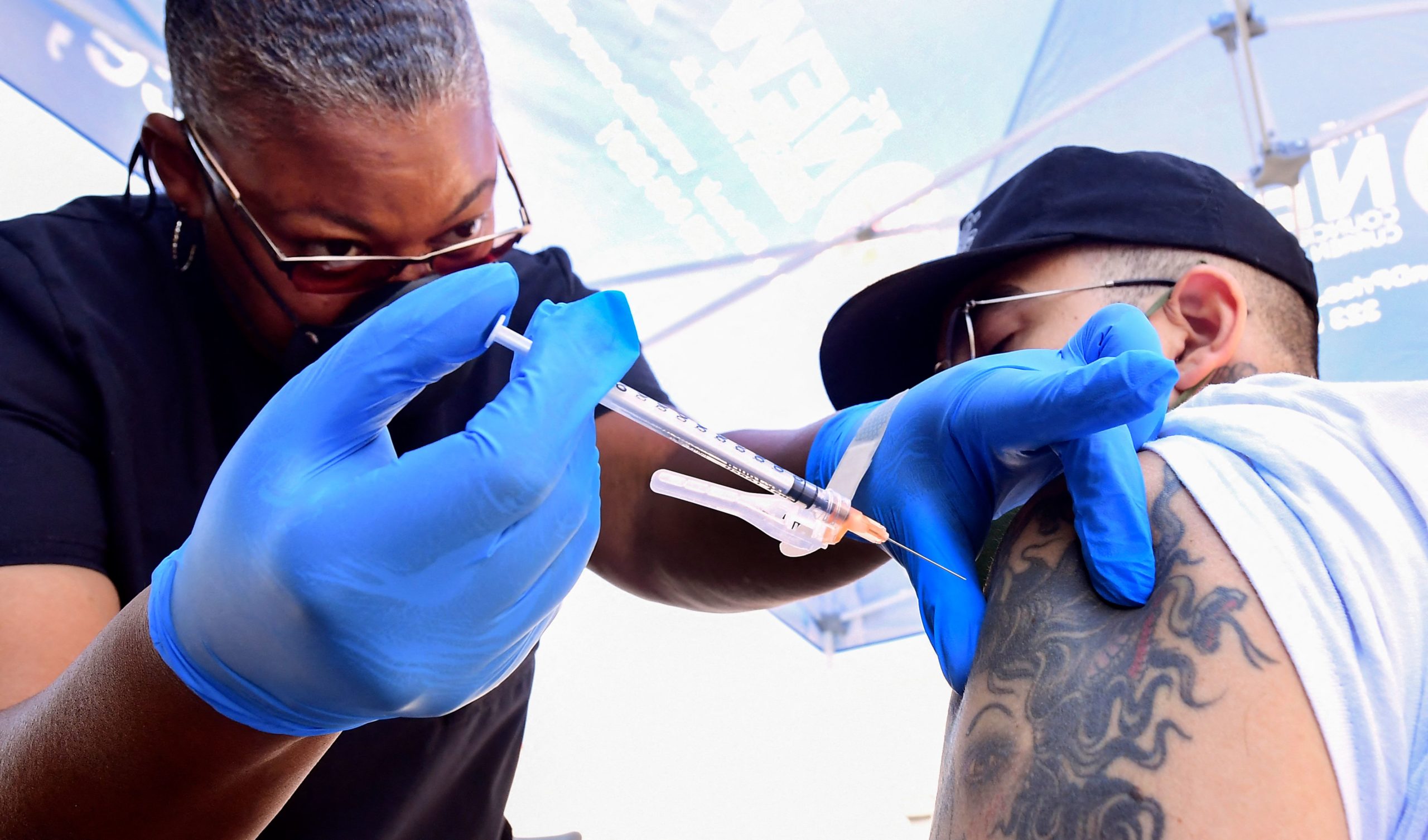 Nurse Eon Walk administers the Pfizer Covid-19 vaccine at a mobile vaccine clinic hosted by Mothers in Action and operated by the Los Angeles County of Public Health on July 16, 2021 in Los Angeles, California. (Photo by FREDERIC J. BROWN/AFP via Getty Images)

Although, a July 5 Israeli study said the Pfizer vaccine is 30% less effective against delta variant. That research has received criticism from some experts due to its methodology.

The Israeli Health Ministry compared infection and illness rates in vaccinated and unvaccinated people, to measure the effectiveness of the vaccine, according to The Times of Israel. However, people who decline to get vaccinated are overall unlikely to get tested for the virus.

The outcome resulted in a “horribly skewed” conclusion, said professor Ran Balicer, chairman of Israel’s national expert panel on COVID-19, according to The Times of Israel. “Any attempt to deduce severe illness vaccine effectiveness from semi-crude illness rates among the yes or no vaccinated is very, very risky.”

“What we see in our hospital and around the world don’t support this,” infectious diseases doctor Yael Paran told The Times of Israel. “I think the figures are exaggerated.”

Dr. Amit Huppert, a bio-statistical unit at the Gertner Institute, the group that conducted the study,  said there are limitations in the research due to its small sample size and biases that were at play, according to the Times of Israel.

Dr. Dvir Aran, from the Israel Institute of Technology, told the Times of Israel he is concerned the government is using “bad research” and presenting it without context.

“The problems aren’t with the vaccine, they are with the data,” Aran said, adding that the conclusions from the study are “false,” according to the Times of Israel. The study’s methodology “skews the results to make the vaccine seem less effective than it is.”

The Food and Drug Administration expanded its emergency use authorization for the Pfizer coronavirus vaccine in May to children as young as 12. Pfizer’s clinical trial results in March suggested the vaccine is more effective for children than adults and carries similar mild side effects.