Wyden said he would not advance Tucson, Arizona, Police Chief Chris Magnus‘ confirmation to CBP commissioner, according to CNN. Wyden won’t move forward with Magnus’ nomination “until DHS and DOJ give Oregonians some straight answers about what they were up to in Portland last year, and who was responsible,” the senator said in a statement.

“Six months into the new administration, the Departments of Homeland Security and Justice have failed to answer basic questions about how the Trump administration misused federal resources to stoke violence against peaceful protesters in my hometown,” Wyden said, CNN reported. 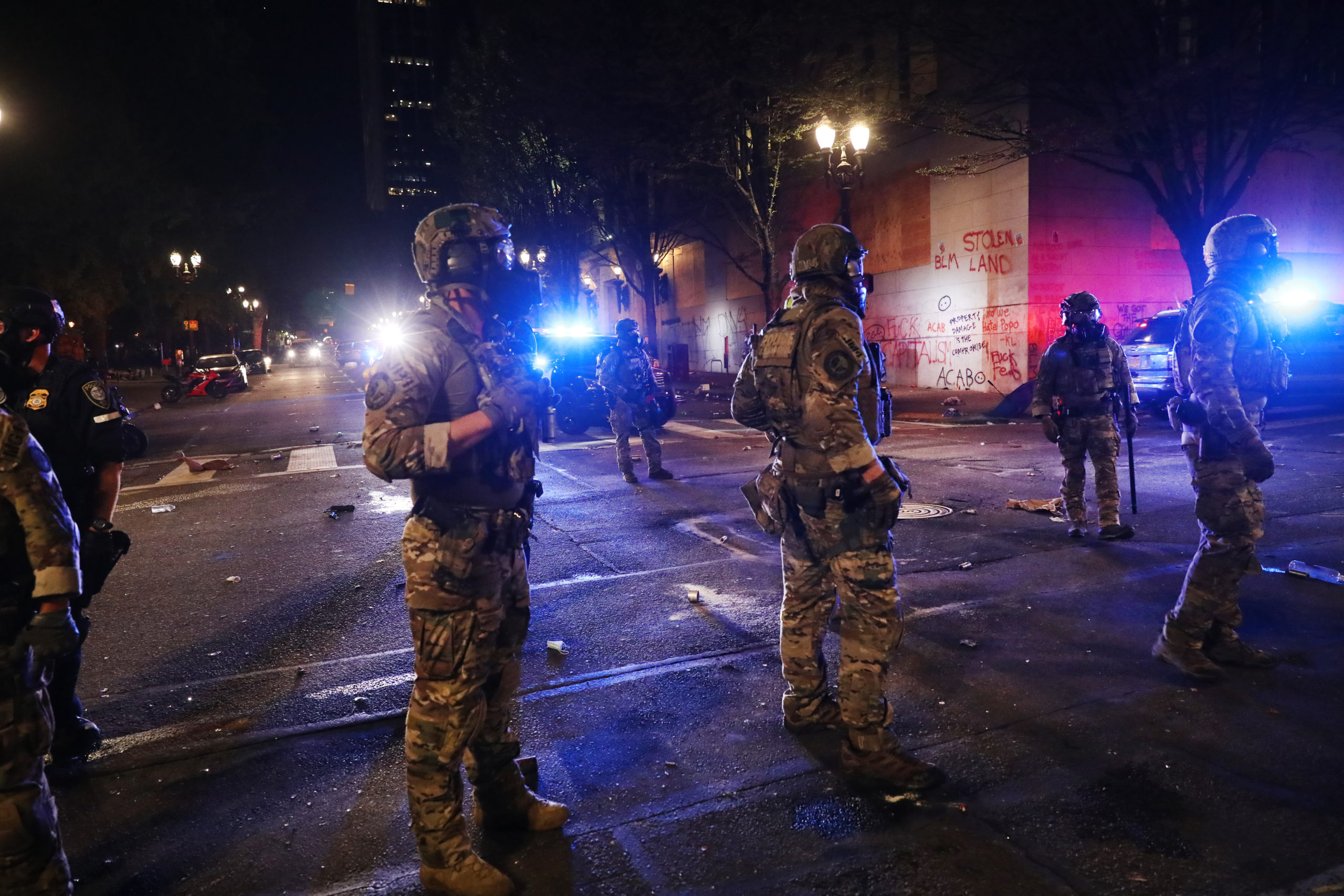 Federal Police clash with protesters in front of the Mark O. Hatfield federal courthouse in downtown Portland as the city experiences another night of unrest on July 25, 2020 in Portland, Oregon. (Photo by Spencer Platt/Getty Images)

Wyden chairs the Senate Finance Committee that has jurisdiction over the CBP commissioner. CBP will continue operating under acting leadership as border officials have encountered record numbers of migrants arriving at the southern border. (RELATED: Democrats Blamed The Feds For Violence In Portland. But The Chaos Continued Even After They Pulled Back)

Hundreds of federal officers deployed to Portland after a prolonged period of civil unrest and rioting around police reform and racial justice, CNN reported. The law enforcement officials weren’t fully trained and were not equipped with proper equipment, a Department of Homeland Security (DHS) inspector general report found.

Wyden asked former Attorney General William Barr and former acting DHS Secretary Chad Wolf about the deployment and after Biden took office followed up with DHS Secretary Alejandro Mayorkas and Attorney General Merrick Garland, according to CNN. Wyden said his questions for the Biden administration are similar to the ones he asked Trump-era officials since they remain unanswered.

“The White House was notified on June 11 of what was needed to have a hearing on Magnus,” a Wyden aide reportedly said, according to CNN. “As they have not provided it, Sen. Wyden informed the administration this week he would not be able to hold a hearing until his questions are sufficiently answered.”