Video footage shows a seagull flying face-first into a teenage girl riding an amusement park ride, it was reported Wednesday.

Kiley Holman, a 13-year-old girl, was celebrating her friend’s birthday on July 6 at the Morey’s Piers amusement park in Wildwood, New Jersey when the pair decided to ride the SpringShot, according to NJ Advance Media. The SpringShot launches riders into the air at speeds faster than 75 mph, NJ Advance Media reported. As the two took off, a seagull collided squarely into Holman, video of the ride showed.

SEAGULL TO THE FACE pic.twitter.com/8e59BFv9GX

Video of the incident further showed the moments when the gull’s wings were plastered across her neck. Holman then reaches over with her left hand, grabs the bird and chucks it off the ride. The bird backs off, and flies away. (RELATED: Man Goes From Having A Normal Morning To Fist-Fighting A Bobcat In Three Seconds Flat)

Here are some still images of the video footage: 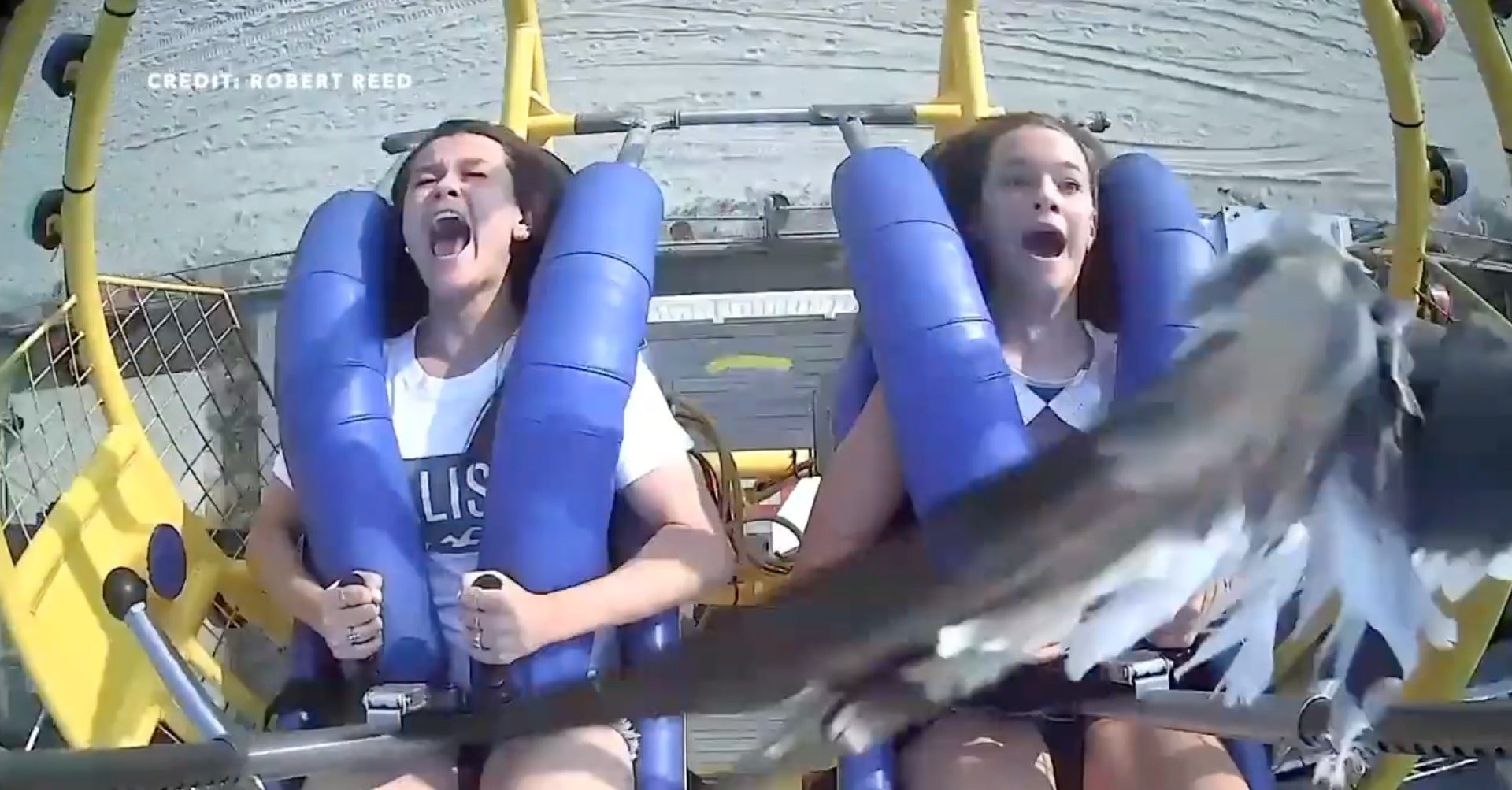 Seagull about to fly face first into girl on a ride at New Jersey amusement park. (Screenshot/Twitter/Public — User: @barstoolsports) 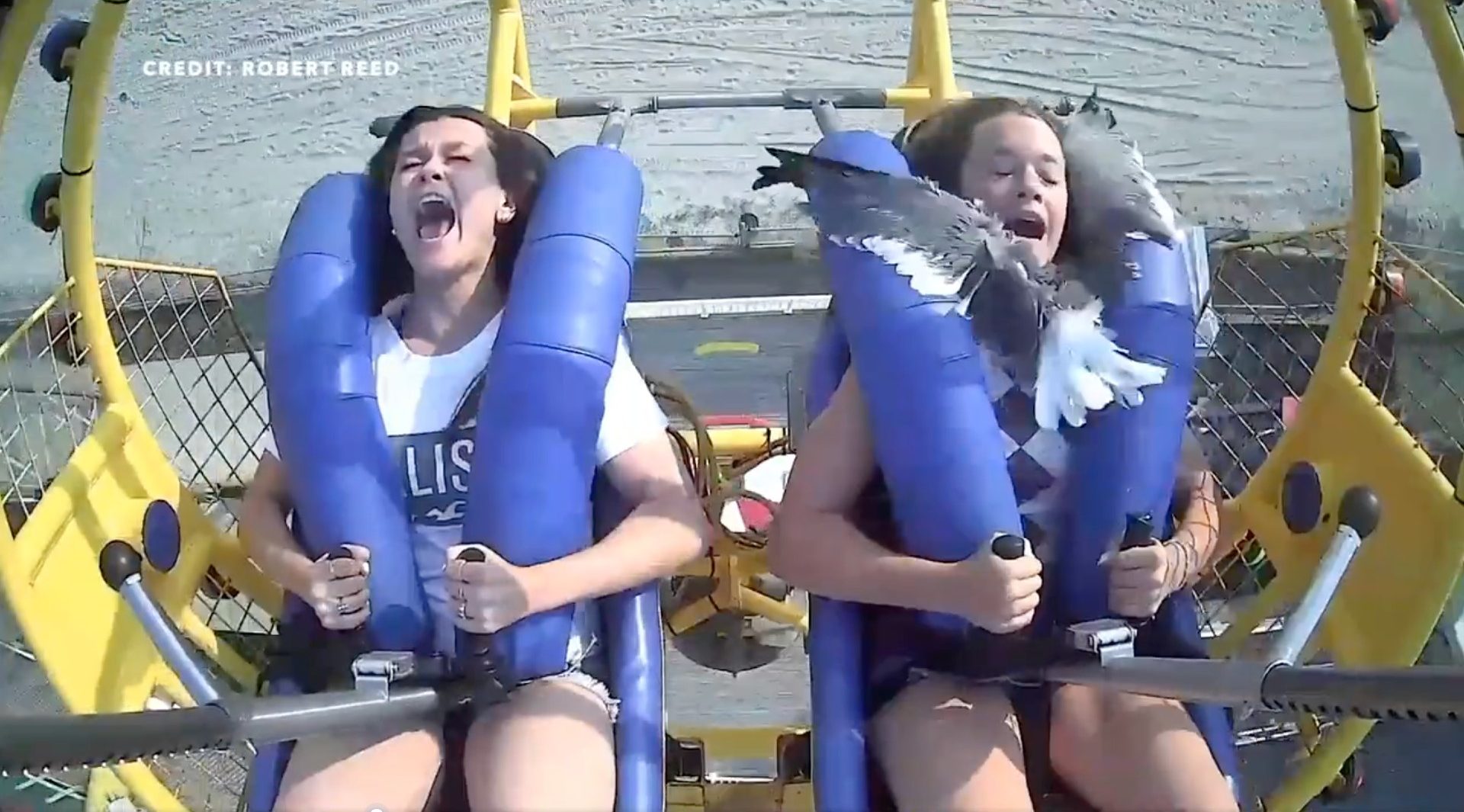 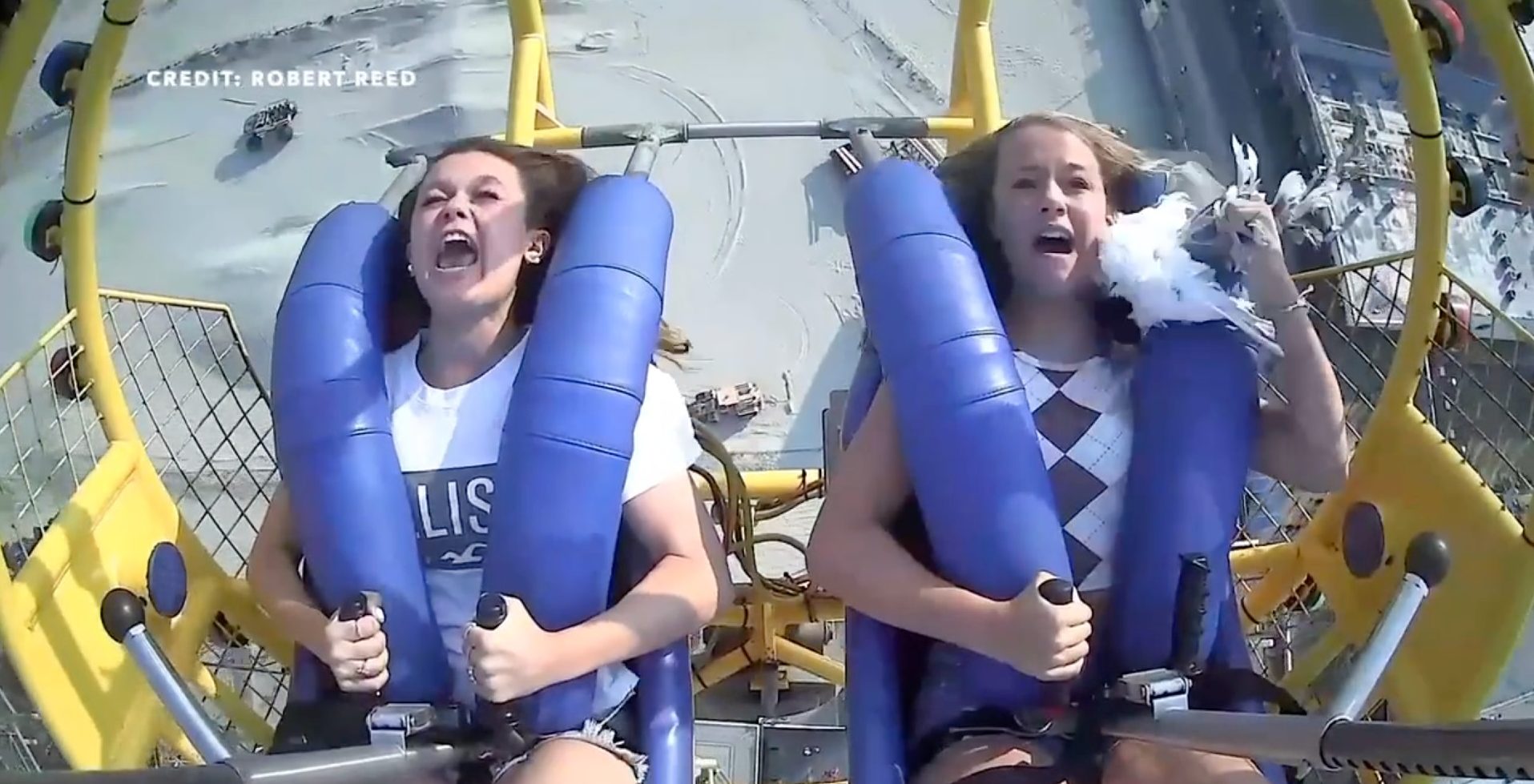 Holman chucks the bird off her neck. (Screenshot/Twitter/Public — User: @barstoolsports) 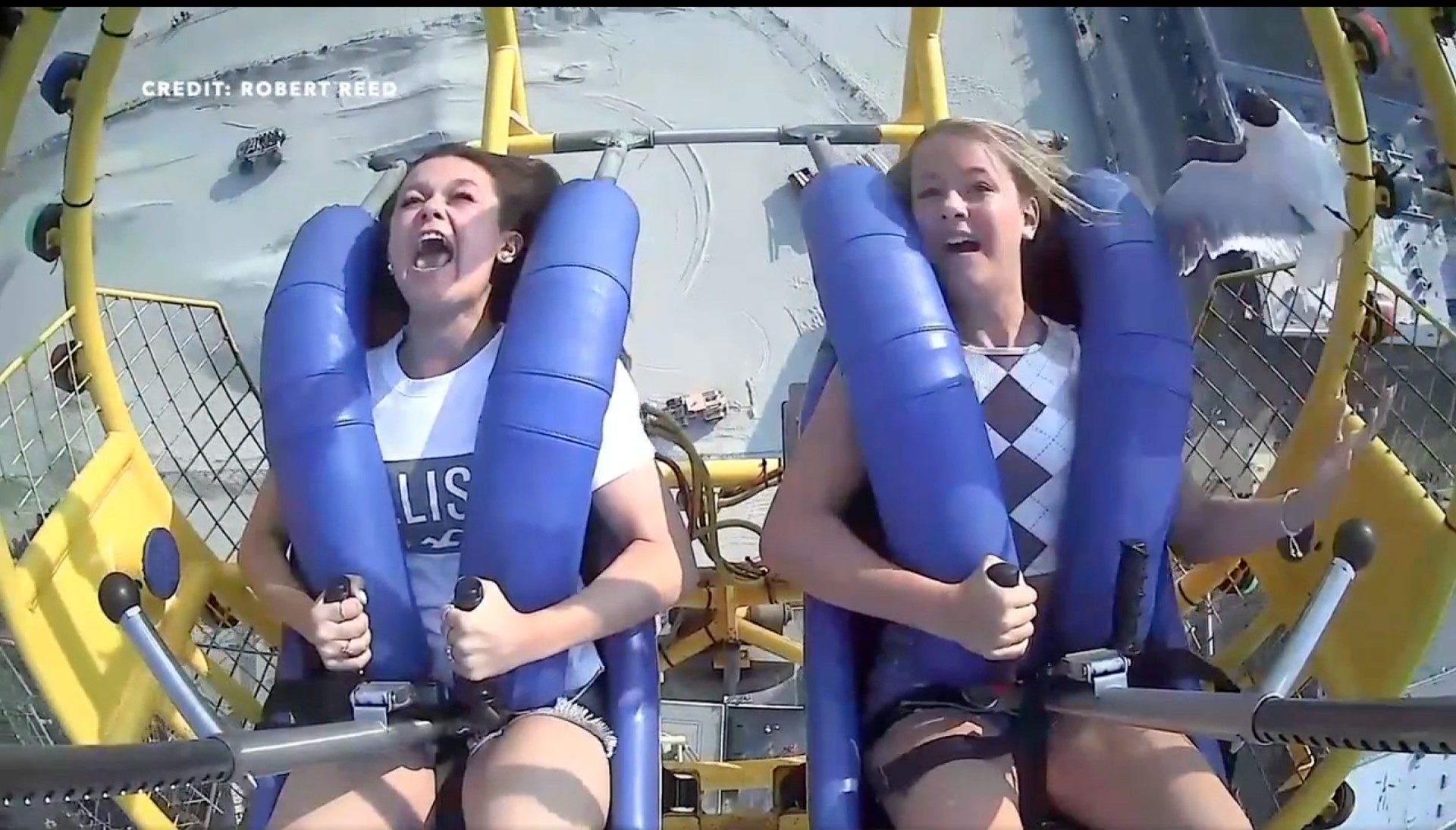 The bird attempts to regain its bearings after flying right into Holman. (Screenshot/Twitter/Public — User: @barstoolsports)

Holman was stunned, but not hurt, during the ordeal, NJ Advance Media noted.

Holman tells her friend, “A bird flew in my face!” later in the recording of the ride. “ I can’t wait to see this video,” Holman says while giggling.

“I waited until we spun over and then I quickly took [the bird] off me…I didn’t know if it was going to hurt me,” Holman told NJ Advance Media in an interview.

“The seagull just flew away,” Holman went on to say. “The only thing that happened to me was a little tiny cut, that was all,” she said, according to NJ Advance Media.