Florida Republican Gov. Ron DeSantis sent a letter to the State Board Administration on Thursday requesting action be taken against Ben & Jerry’s over their decision to boycott “Occupied Palestinian Territory,” Fox Business reported.

The latter would bar Florida’s board from buying stock in Unilever and its corporate entities, as well as prevent it from contracting the companies until the boycott ended, a spokesperson for DeSantis told Fox Business.

“As you know, Florida has long had a strong relationship with the State of Israel,” the letter read. “As a matter of law and principle, the State of Florida does not tolerate discrimination against the State of Israel or the Israeli people, including boycotts and divestments targeting Israel.”

The move by Ben & Jerry’s to stop selling ice cream in the West Bank and East Jerusalem has been labelled anti-Israel by some, including Israeli Prime Minister Naftali Bennett. 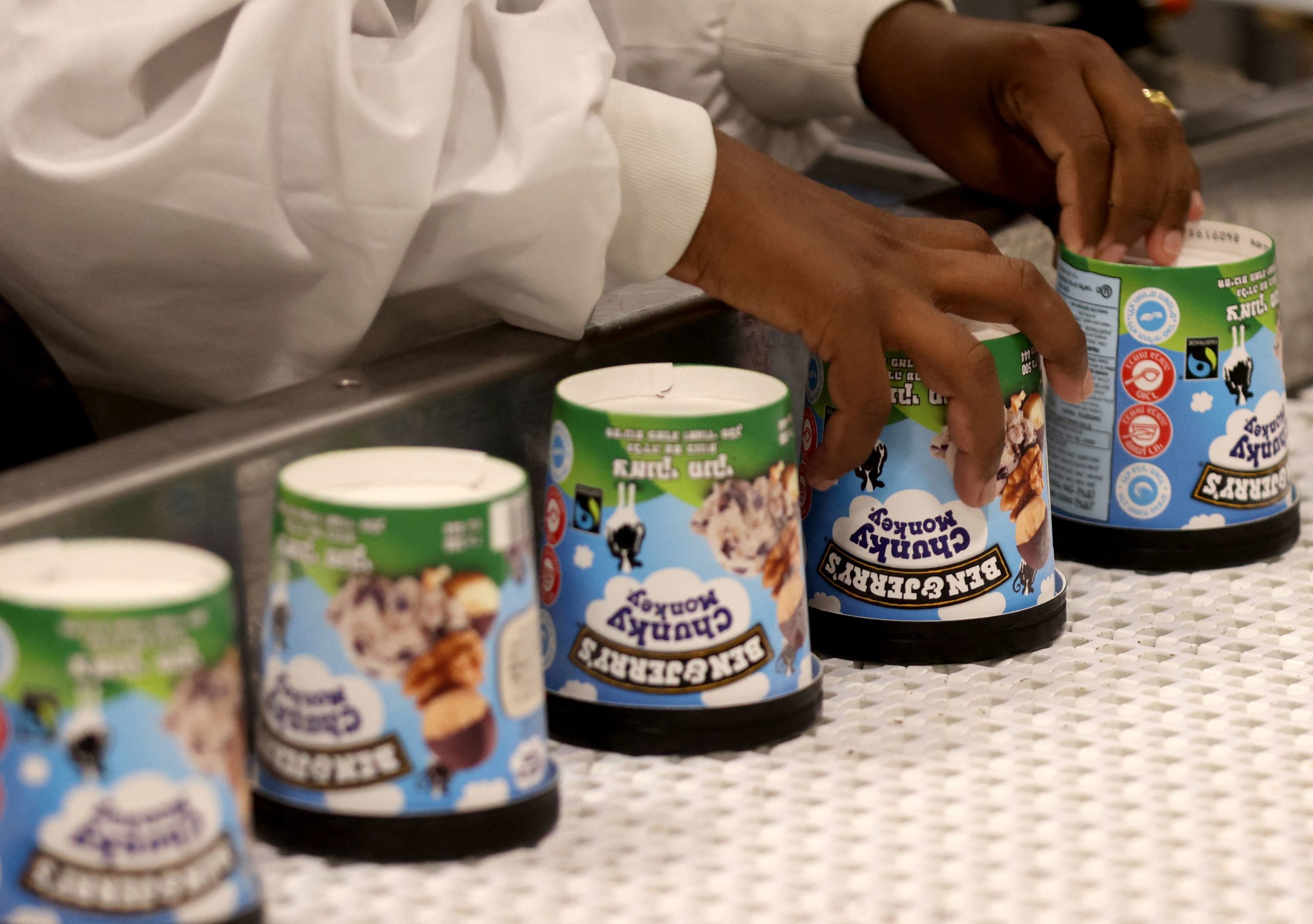 A labourer works on a production line filling ice-cream pots at the Ben & Jerry’s factory in Be’er Tuvia in southern Israel, on July 21, 2021. (Photo by EMMANUEL DUNAND/AFP via Getty Images)

“Ben & Jerry’s decided to label itself as anti-Israel,” Bennett tweeted Monday. “This is an ethically bereft decision, and I believe that it will come to be one that is wrong from a business standpoint as well.”

“The boycotting of Israel – an island democracy surrounded by terror – reflects a complete lack of proportions. The boycott will not work, we will fight it with everything we’ve got,” Bennett said.

“While the Biden-Harris administration will fully and always respect the First Amendment rights of our citizens, of the American people, the United States will be a strong partner in fighting efforts around the world that potentially seek to delegitimize Israel and will work tirelessly, to support Israel’s further integration into the international community,” he added.