A 13-year-old Japanese female skateboarder made history Monday after winning a gold medal at the 2020 Tokyo Olympics, Reuters reported.

“I welled up in tears because I was beyond happy,” Nishiya said after winning the gold medal.

All medalists in the women’s skateboarding event were under the age of 17, Reuters reported.  Silver medalist Rayssa Leal of Brazil is 13, and bronze medalist Funa Nakayama of Japan is 16, according to Reuters. (RELATED: Olympic Skateboarder Gets Injured Going Groin-First Into Metal Bar) 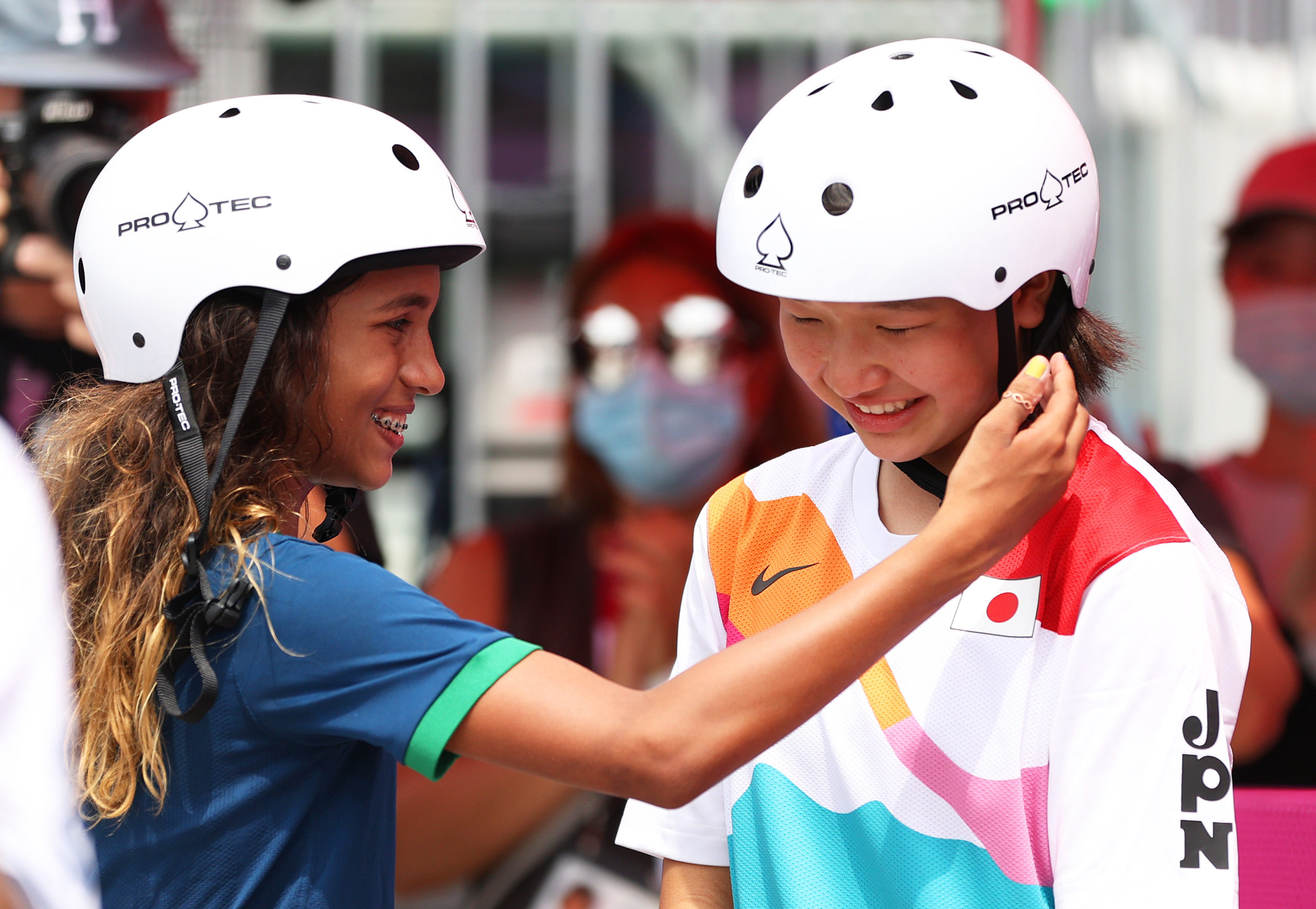 TOKYO, JAPAN – JULY 26: Rayssa Leal of Team Brazil puts her hand up to the face of Momiji Nishiya of Team Japan during the Women’s Street Final on day three of the Tokyo 2020 Olympic Games at Ariake Urban Sports Park on July 26, 2021 in Tokyo, Japan. (Photo by Patrick Smith/Getty Images)

“It’s not right to think, well you have to study, you can’t go skating because skating is for boys,” Leal, who’s the youngest Brazilian to win a medal, told Reuters. “I think skateboarding is for everyone,” she added.

Nishiya’s victory came after her fellow countryman, Yuto Horigome, won the first ever gold medal in men’s skateboarding on Sunday as the sport made its Olympic debut in the Tokyo 2020 Games, according to Reuters.

Nishiya’s father, Tetsuo, told Reuters that Momiji suffered an injury on Sunday before practice which put her in a wheelchair.

U.S. women’s skateboarder Alexis Sablone, 34, says the youth movement in the sport shows that the industry wants to grow its female presence.

“It’s taken until now for enough people to pay attention, to get enough eyes on it, to inspire more girls around the world to start skating,” Sablone, who placed 4th on Monday, told Reuters.