The Department of Veterans Affairs (VA) will be the first federal agency to issue a vaccine mandate for its health care workers, President Joe Biden confirmed Monday.

The VA is issuing a vaccine mandate for 115,000 of its frontline health care workers, The New York Times (NYT) reported. The Biden administration has been reluctant to back vaccine mandates, instead noting that it plans to follow guidelines laid out by the Centers for Disease Control and Prevention (CDC) and saying it’s up to private companies and local communities to implement these measures.

Despite this, secretary of veterans affairs Denis McDonough told the NYT that he believes the mandate is the correct and necessary move. The delta variant, which is believed to be more transmissible, currently makes up 83% of new COVID-19 cases and is worrying officials.

“I am doing this because it’s the best way to keep our veterans safe, full stop,” McDonough said, noting the mandate expands to “the most patient-facing” employees.

Workers will have eight weeks – beginning Wednesday – to get fully vaccinated. If the employees don’t comply, they could be removed from their job, according to McDonough.

Biden confirmed the news to reporters. He said, “Yes, Veterans Affairs is going to in fact require that all doctors working in facilities are going to have to be vaccinated.” 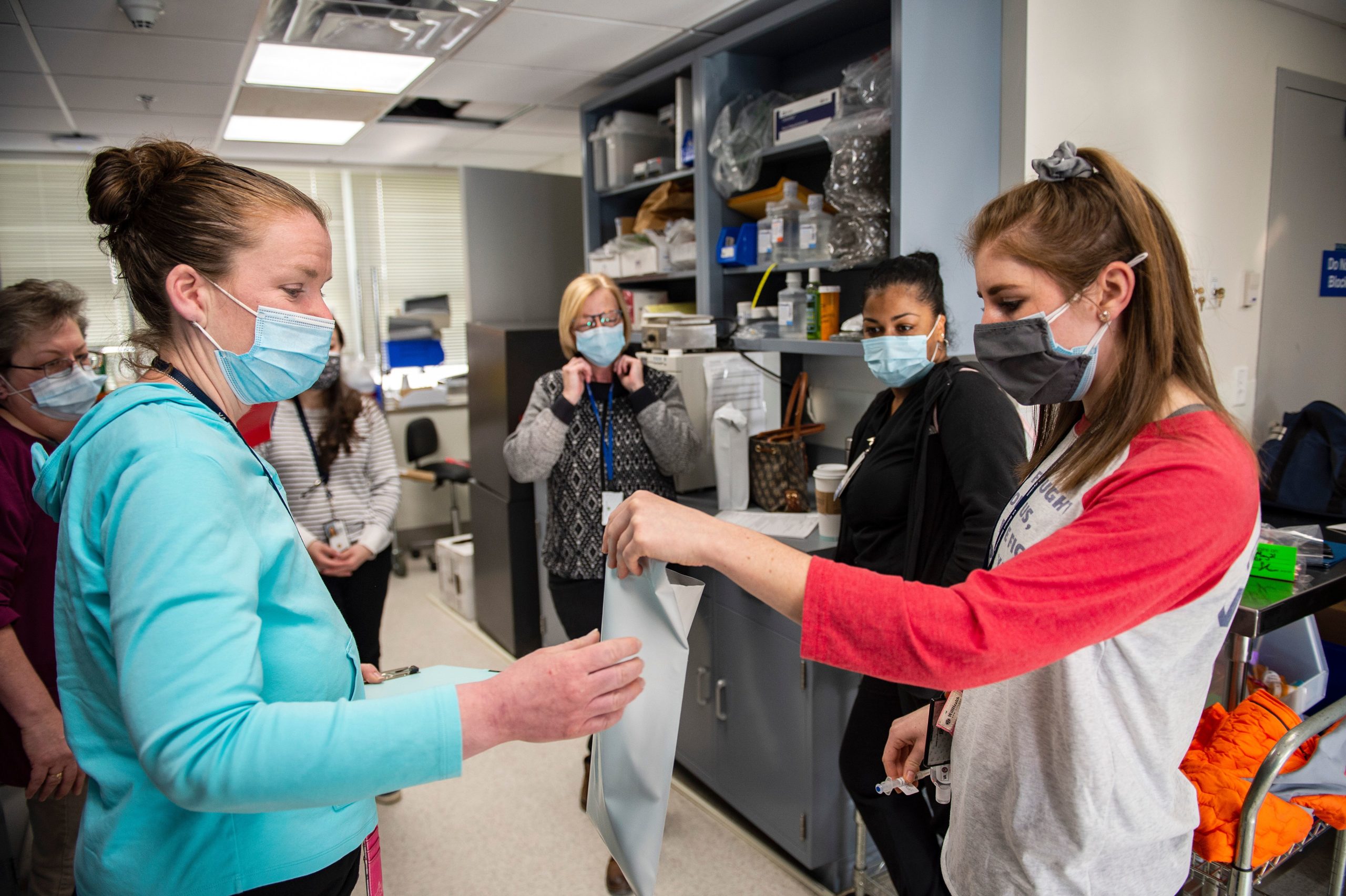 Home base primary care Pharmacist Erin Emonds hands a light protective bag with syringes preloaded with vaccines to a medical staff team member to be used for at home vaccinations at the US Department of Veterans Affairs’ VA Boston Healthcare System’s Jamaica Plain Medical Center in Boston, Massachusetts on March 4, 2021. (JOSEPH PREZIOSO/AFP via Getty Images)

White House press secretary Jen Psaki has repeatedly distanced the administration from mandating vaccines. She said in May that the administration has no plans to impose a federal vaccination mandate. Psaki has also said it’s ultimately up to Americans to decide whether they’ll get vaccinated – although she’s also said private companies are allowed to require employees to get vaccinated.

“There will be no federal vaccinations database and no federal mandate requiring everyone to obtain a single vaccination credential,” Psaki said in May.

“As these tools are being considered by the private and non-profit sectors, our interest is very simple from the federal government, which is Americans’ privacy and rights should be protected so these systems are not used against people unfairly,” she added.

Biden has resisted requiring military members to get the shot, although he can legally mandate it according to the NYT. Military officials have noted they don’t plan on mandating the vaccines until the Food and Drug Administration (FDA) grants full approval. (RELATED: Pentagon Might Consider Making COVID-19 Vaccines Mandatory For US Troops, Spokesman Says)

“The FDA is the gold standard in our view, and they move at the speed of science,” Psaki told reporters Monday. “They look at a range of data, and they make sure that when they make conclusions and when they get full approval, they have confidence in the science and the data that backs that up. It wouldn’t be responsible to expedite that process at a faster speed than the science and data allows.”