A new poll released Monday found a majority of Detroit residents want more cops on the streets as the city sees a massive spike in crime.

The USA Today/Suffolk University/Detroit Free Press poll found 90% of people polled said they would feel more safe if there were more cops on the street.

When it comes to the ‘defund the police’ movement, a majority surveyed said they don’t support the slogan.

The poll was conducted among 500 Detroit residents between July 13-17 with a +/-  4.4 percentage points margin of error.

While one third of individuals polled said the Detroit Police force allegedly uses force when uncalled for and that black men were subject to higher rates of racial profiling, individuals surveyed rejected by 3-1 the “defund the police” campaign. (RELATED: Rising Crime Forces Liberals To Reckon With Their Stance On The Police)

Amongst those surveyed, 1 in 5 residents said public safety was the second greatest issue plaguing the city, coming in after education. Meanwhile, police reform ranked last on a list of concerns, according to the poll.

In fact, eight out of 10 residents surveyed said they would likely ask a police officer for assistance if needed and 87% would be willing to share information about a crime they witnessed to police, according to the poll.

Seventy-seven percent of those surveyed believe the Detroit police force “generally [does] a good job and treat people fairly, even if there are a few bad apples on the force.”

Less than a quarter of respondents said the police are “racist in the way they treat people.” 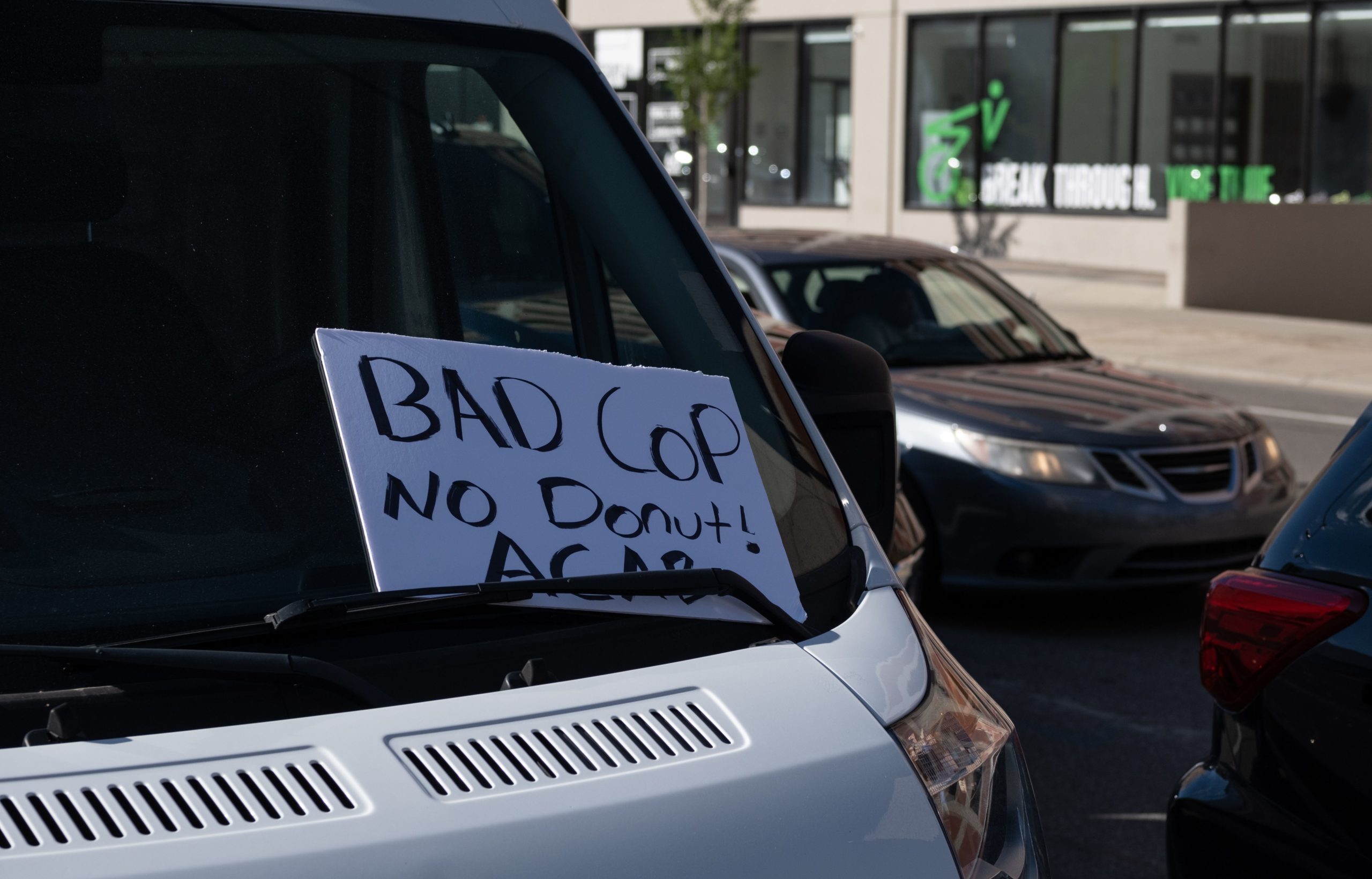 A sign on a van window reads “Bad cop no donut! ACAB” as protesters march in Detroit, Michigan on May 31, 2020 following a night of protests that saw several arrests and uses of tear gas by the Detroit Police department on what was peaceful protesting.(SETH HERALD/AFP via Getty Images)

The city saw a 19% increase in murders in 2020 when compared to 2019 and a 53% increase in non-fatal shootings during that same time period, according to Michigan Radio. Former Detroit Police Chief James Craig said while there were several factors contributing to the rise in crime, bail reform and “compassionate releases” of prisoners due to the pandemic were severely hurting the community, according to the report.

“We are replacing them in our communities, and many are re-offending. That’s a problem.”

Charlita Bell, 41, told USA Today she is scared of the increase in shootings.

“It’s scary sitting in the house, and when you go outside to the gas station or the store, it’s possible someone will be shooting right next to you,” the lifelong Detroit resident reportedly said.

Seventy-year-old Rita Gibbs told USA Today the shootings are out of control.

“It’s always some random shootings,” she reportedly said. “I just can’t stand it.”

Detroit residents have been largely split on whether to “defund the police,” with residents telling the Detroit News in August that police actually need more funding, not less.

“It takes a lawyer years before he can practice the law, but police can go out and enforce the law after six months in the Police Academy,” 21-year-old resident Ethan Williams reportedly said. “That shouldn’t be; they need more training, but you can’t do that if you’re defunding the police.”

The “defund the police” movement was pushed heavily by Black Lives Matter (BLM) throughout 2020.

Detroit, of which black residents make up nearly 80% of the city’s population, sued BLM in December for allegedly conspiring to damage property, attack law enforcement and incite riot activity.

“Counter-Defendants illegally, maliciously, and wrongfully conspired with one another with the intent to and for the illegal purpose of disturbing the peace, engaging in disorderly conduct, inciting riots, destroying public property, resisting or obstructing officers in charge of duty, and committing acts of violence against Counter-Plaintiffs and DPD officers,” the suit alleged.