“Sport appeal, not sex appeal” is a slogan that Olympic broadcasters are trying to push as they try to highlight gender equity during the events, the AP reported.

“You will not see in our coverage some things that we have been seeing in the past, with details and close-up on parts of the body,” Olympic Broadcasting Services Chief Executive Yiannis Exarchos told the AP on Monday.

There has already been push back from female athletes who felt that their uniforms have exploited their sexuality, the AP reported. (RELATED: Long Overdue: Munich Massacre Victims Finally Honored)

Members of the German women’s gymnastic team wore unitards covering their entire body rather than the traditional leotards that leave the athletes’ legs bare, according to the AP. 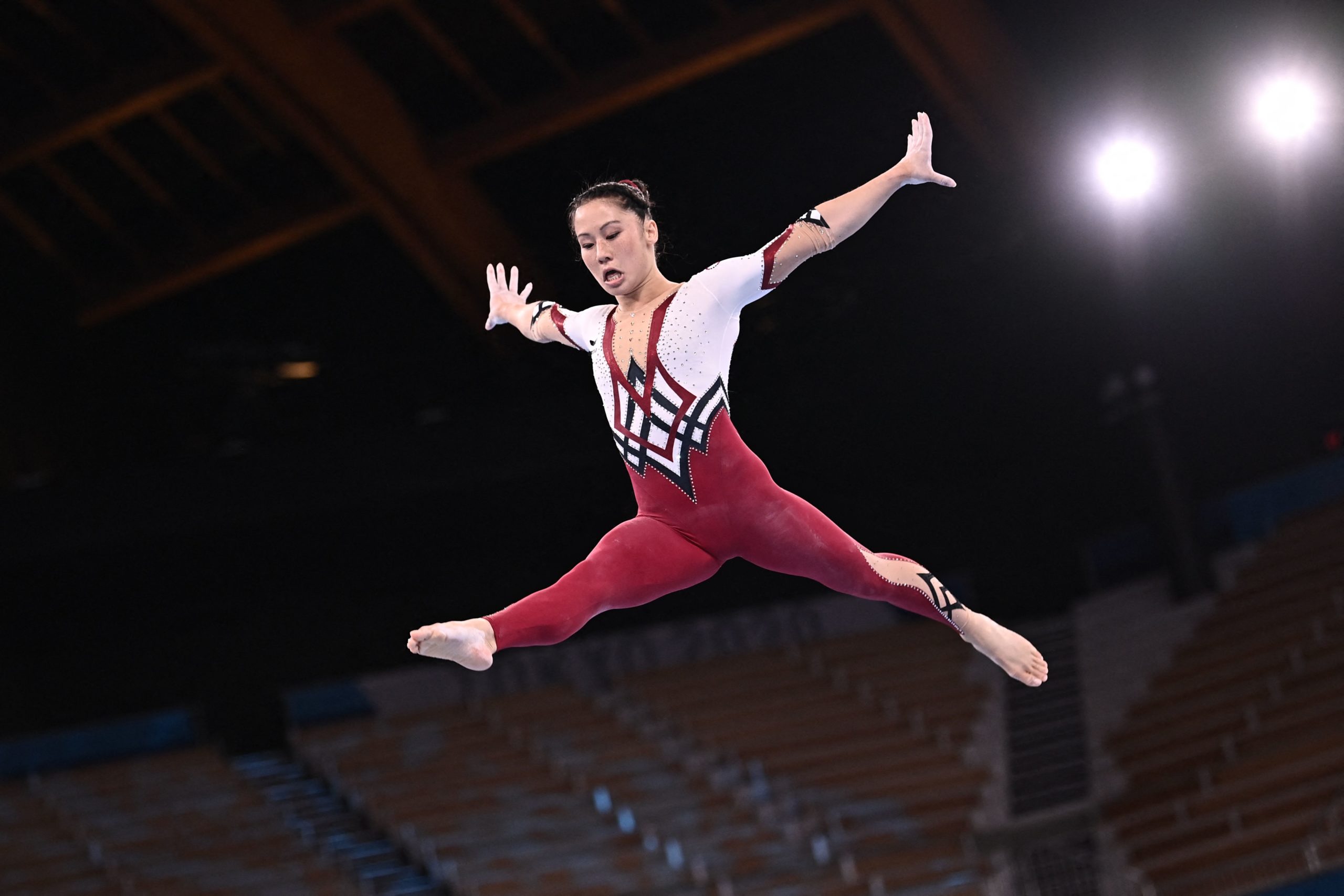 Germany’s Kim Bui competes in the artistic gymnastics balance beam event of the women’s qualification during the Tokyo 2020 Olympic Games at the Ariake Gymnastics Centre in Tokyo on July 25, 2021. (Photo by LIONEL BONAVENTURE/AFP via Getty Images)

Norway’s women’s handball team was fined after the athletes wore skin tight shorts rather than their bikini bottoms at the Euro 2021 tournament, the AP reported.

The International Olympic Committee does not issue rules on uniform requirements, but it does control the Olympic Broadcasting Service as well as the broadcasting output that is shown around the world, according to the AP.

“What we can do is make sure that our coverage does not highlight or feature in any particular way what people are wearing,” Exarchos said.

The IOC updated its Portrayal Guidelines to further promote “gender-equal and fair portrayal practices in all forms of communication”, the AP reported.

Guideline practices include not showing or focusing on “looks, clothing or intimate body parts” and avoiding “wardrobe malfunctions…to respect the integrity of the athlete,” according to the guidelines.

The guidelines also pay attention to the use of language, advising for “gender neutral descriptions” and “bias-free language,” according to the guidelines.

Editor’s note: This article has been updated to reflect that Norway’s women’s handball time was fined for wearing skin tight shorts at the Euro 2021 tournament.