New York Times Editorial Board member Mara Gay and “The View” host Sunny Hostin have called the American flag “disturbing” — but American Olympians did not get that memo.

The New York Times even published an editorial discussing why the flag, despite representing the U.S. for 245 years, had become offensive to some because it had been co-opted by supporters of former President Donald Trump. (RELATED: Mara Gay Says It’s ‘Disturbing’ To See American Flags In America, Blames White Trump Supporters)

But no one appears to have informed the members of Team USA, competing in the Tokyo Olympic Games after a one-year delay due to the coronavirus pandemic.

They marched onto the world stage carrying it.

USA’s delegation parade during the opening ceremony of the Tokyo 2020 Olympic Games in Tokyo, on July 23, 2021. MARTIN BUREAU/AFP via Getty Images

Surfer Carissa Moore was proud to carry the flag as she became the first woman to win gold in the newly-added sport of surfing.

.@rissmoore10 can call herself the first woman to win Olympic gold in surfing. 🥇🌊 @usasurfteam x #TokyoOlympics

Vincent Hancock and Amber English shared a flag after their golden sweep in the skeet shooting competition.

A few of our favorite 📸 from last night. #TeamUSA x #TokyoOlympics pic.twitter.com/XoSjCgs9rd

Surfer Kolohe Andino posed with a flag before heading into the surfing quarterfinals.

Beach volleyball duo Kelly Claes and Sarah Sponcil – who went on to win gold — posed with a flag ahead of their match as well. 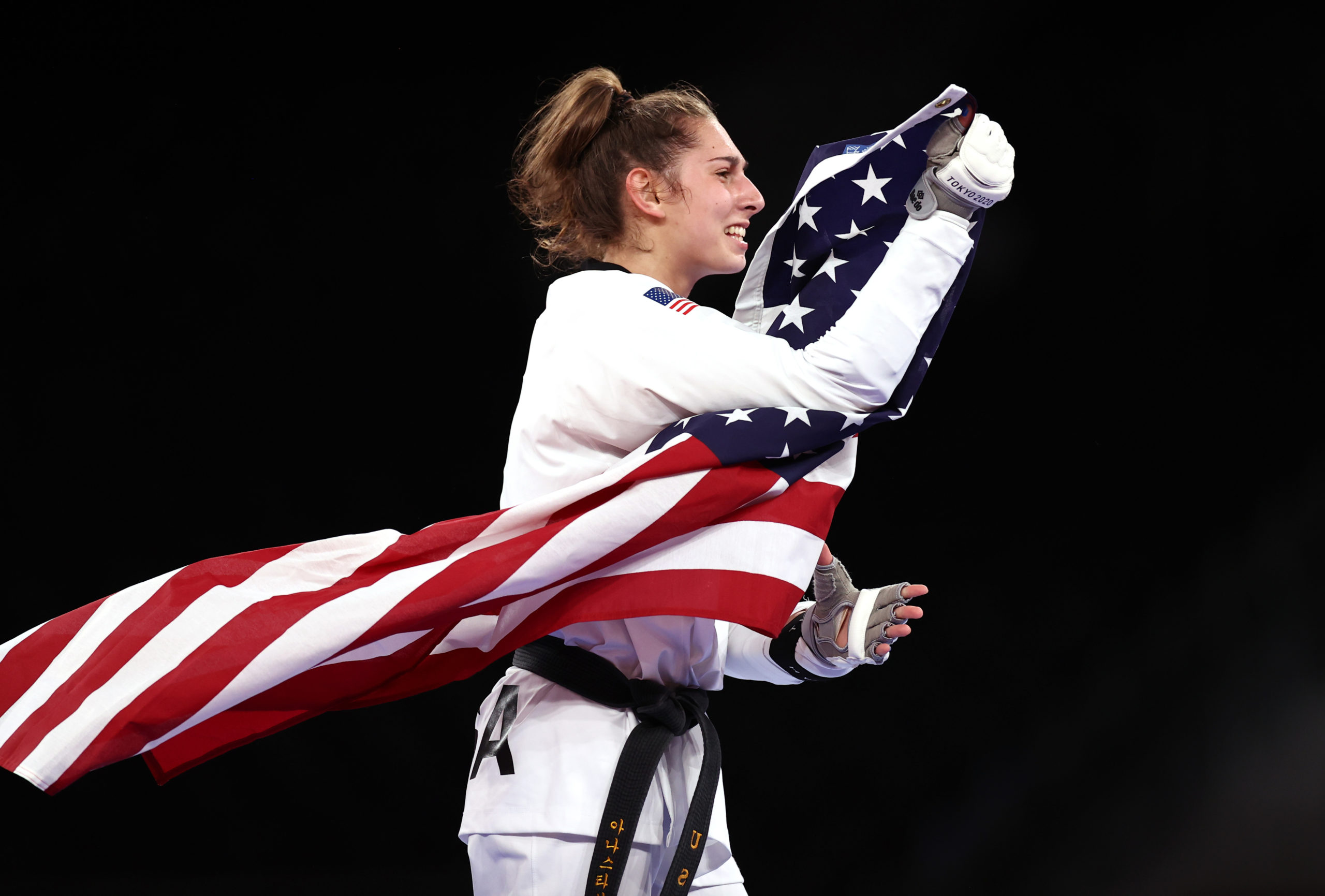 Lee Kiefer, a 27-year-old medical student, celebrated with her flag after becoming the first American — male or female — to win gold in foils fencing. 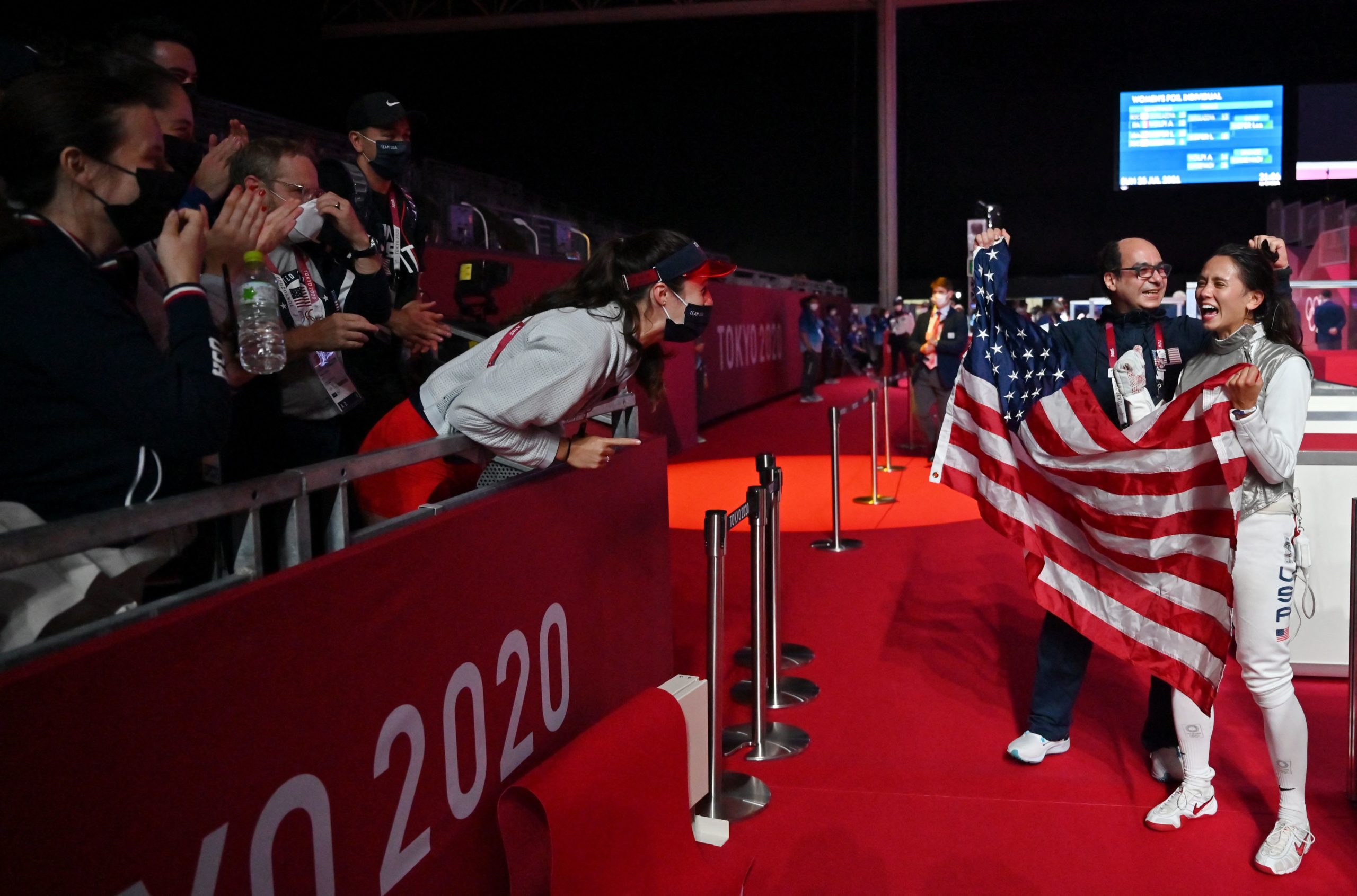 And with more than ten days left of competition, there will certainly be more to come.