A Chinese judge convicted a man on terrorism charges for holding a Hong Kong independence sign and allegedly driving his motorcycle into riot police.

Tong Ying-kit was found guilty of terrorism for driving into police and inciting secession for carrying the sign with the banned “Liberate Hong Kong, revolution of our times” phrase during a 2020 protest, the Associated Press reported. Tong, who faces a life sentence, is the first individual tried under Hong Kong’s 2019 national security law, which enabled Beijing to extradite alleged criminals to the mainland.

“The conviction of Tong Ying-kit is a significant and ominous moment for human rights in Hong Kong,” Amnesty International Asia-Pacific Regional Director Yamini Mishra said in a statement following the conviction. “Today’s verdict underlines the sobering fact that expressing certain political opinions in the city is now officially a crime, potentially punishable by life in jail.”

“To convict Tong Ying-kit of ‘secession’ for displaying a flag bearing a widely used political slogan is a violation of international law, under which expression must not be criminalized unless it poses a concrete threat,” she continued. “This feels like the beginning of the end for freedom of expression in Hong Kong.” (RELATED: China Sanctions Former Top Trump Official, Six Others In Response To Hong Kong Actions)

Tong participated in the July 1, 2020 demonstration alongside thousands of fellow Hong Kong citizens, protesting the national security law going into effect that day, according to Amnesty International. He was arrested five days later and has been in custody since. 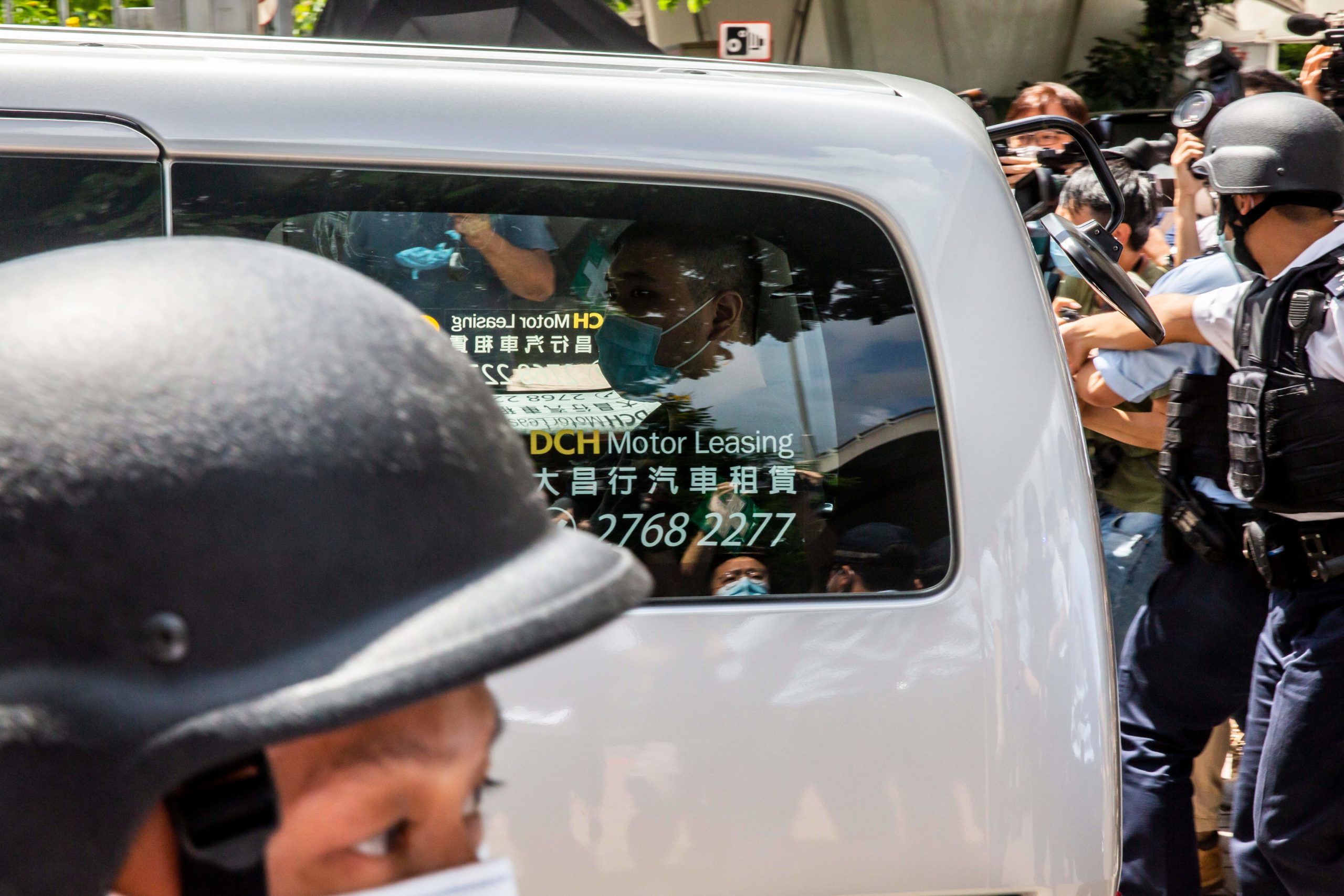 Tong Ying-kit arrives at a court in Hong Kong on July 6, 2020. (Isaac Lawrence/AFP via Getty Images)

The trial at the Hong Kong High Court ended last week without a jury in violation of the city-state’s common law, according to the AP. The national security law enables authorities to prosecute individuals without a jury to protect state secrets.

The Hong Kong government, which is closely tied to Beijing, appoints justices to the court, the AP reported. Justice Esther Toh, who presided over the trial, said Tong “committed terrorist activities causing or intended to cause grave harm to the society.”

“What are the consequences of the verdict of Tong Ying Kit’s case? First of all, it sets a dangerous precedent of unfair trial, given the pre-trial settings of designated judges by the Chief Executive, removal of jury trial and year-long pre-trial detention,” Georgetown University Hong Kong Law Fellow Eric Yan-ho Lai tweeted.

Hong Kong police have arrested or ordered the arrest of at least 138 people under the national security law, according to an Amnesty International estimate. The law has gutted the city-state’s freedoms and rights protections for citizens, the group said.