Judicial Watch announced Tuesday that it has amended its lawsuit against Democratic Chicago Mayor Lori Lightfoot, who claims to be “unapologetic” about her previous policy to only grant interviews to journalists of color.

Lightfoot told the New York Times in a podcast released Monday that she “would absolutely” implement the interview policy again. “I’m unapologetic about it because it spurred a very important conversation, a conversation that needed to happen, that should have happened a long time ago,” Lightfoot said.

Judicial Watch, which sued Lightfoot on behalf of the Daily Caller News Foundation and its reporter Thomas Catenacci, said the mayor’s office has ignored calls to sign an agreement to not use race-based criteria for interview requests for the remainder of her term.

“Mayor Lightfoot discriminated against journalists based upon their race,” said Judicial Watch President Tom Fitton, according to the press release. “Judicial Watch has repeatedly requested that Lightfoot sign a consent decree agreeing not to use race-based criteria for interview requests for the remainder of her time in office,” Fitton said.

The Judicial Watch lawsuit alleged that Lightfoot violated First Amendment rights and Catenacci’s right to equal protection under the Fourteenth Amendment after she refused to grant Catenacci, a white reporter, an interview. Lightfoot’s office did not respond to the request for a one-on-one interview, and did not reply to Catenacci’s two follow-up emails.

“I cannot believe Mayor Lightfoot told the New York Times reporter that she would absolutely discriminate against reporters again based on their race,” said Catenacci. “If she isn’t stopped, what’s next?”

Lightfoot’s communications director said the mayor only used the race-based criteria for two days from May 19-20, Judicial Watch said in the press release. However, neither Lightfoot nor her spokesperson suggested that the new interview policy was not permanent or identified any time limit, according to the press release. 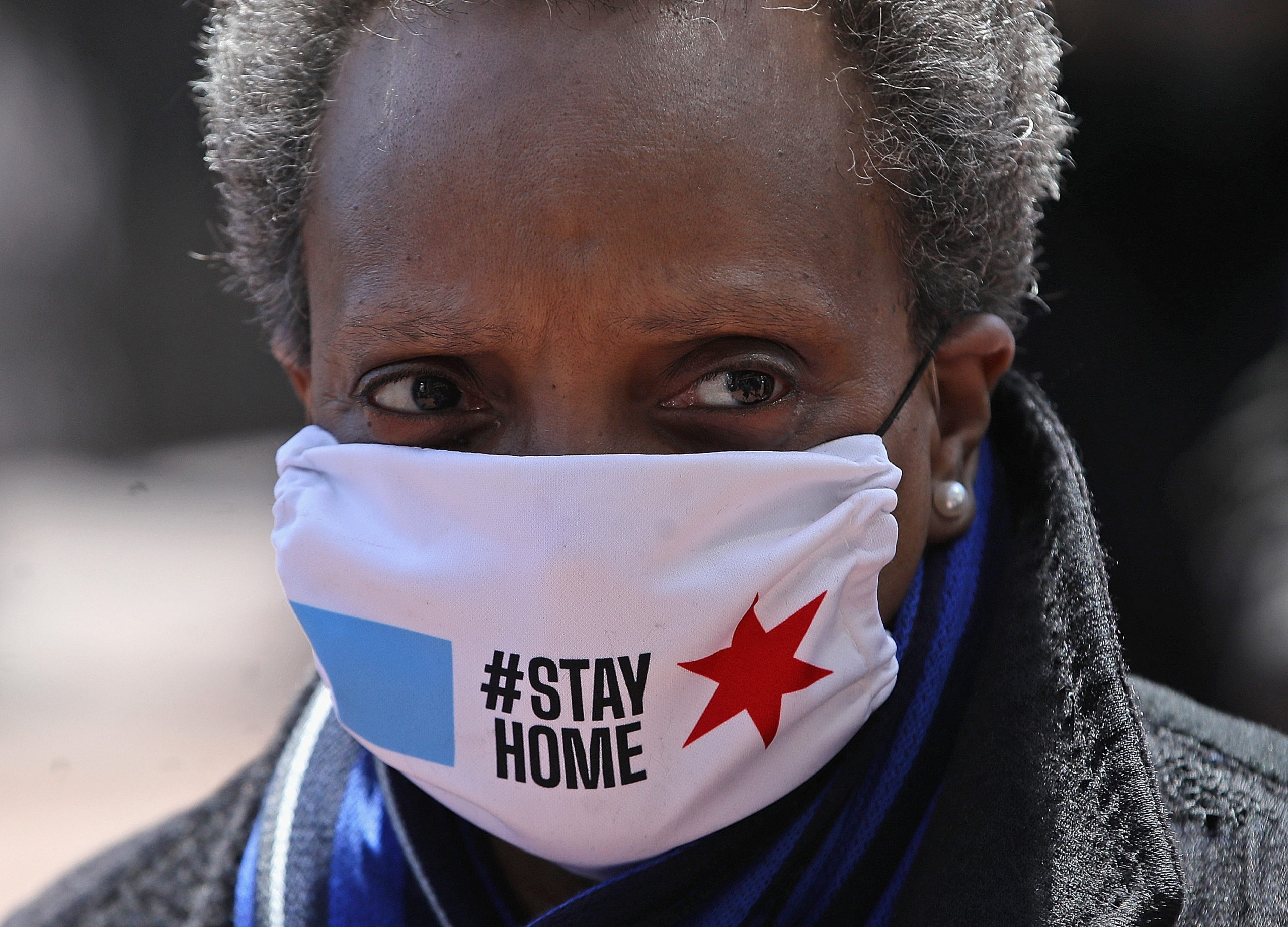 “A policy of granting interviews based on the color of a reporter’s skin isn’t merely discriminatory, it undercuts the foundational principles of freedom of the press,” said DCNF acting editor in chief Thomas Phippen. “That Mayor Lightfoot is ‘unapologetic’ about her policy speaks volumes.” (RELATED: ‘Things Are Getting Much, Much Worse’: College Student Rips Mayor Lightfoot After Classmate Dies)

I am a Latino reporter @chicagotribune whose interview request was granted for today. However, I asked the mayor’s office to lift its condition on others and when they said no, we respectfully canceled. Politicians don’t get to choose who covers them. https://t.co/YMW8M8ZgJm

Lightfoot’s office told multiple reporters she would only do one-on-one interviews with “Black or Brown journalists” in May 2020.

One Latino reporter canceled his meeting with Lightfoot in May due to her race-based criteria for interviews.