Mexican maquiladoras factory workers were allowed into the U.S., without passports or visas, to receive unused American COVID-19 vaccines, according to the Times. The maquiladoras are foreign-operated factories located in Mexico that export the products to wherever the company is based, according to Ivemsa.

The workers were back to work in Tijuana, Mexico, within an hour after they were vaccinated, the Times reported. The workers produce American goods and COVID-19 vaccine doses are hard to come by in Mexico, so officials on both sides of the border hope the program will lead to its reopening.

“If the maquiladoras can’t operate, then we don’t get our Coca-Cola,” University California San Diego Health Senior Director of Covid Operations Lydia Ikeda told the Times. “We cannot be isolated.” 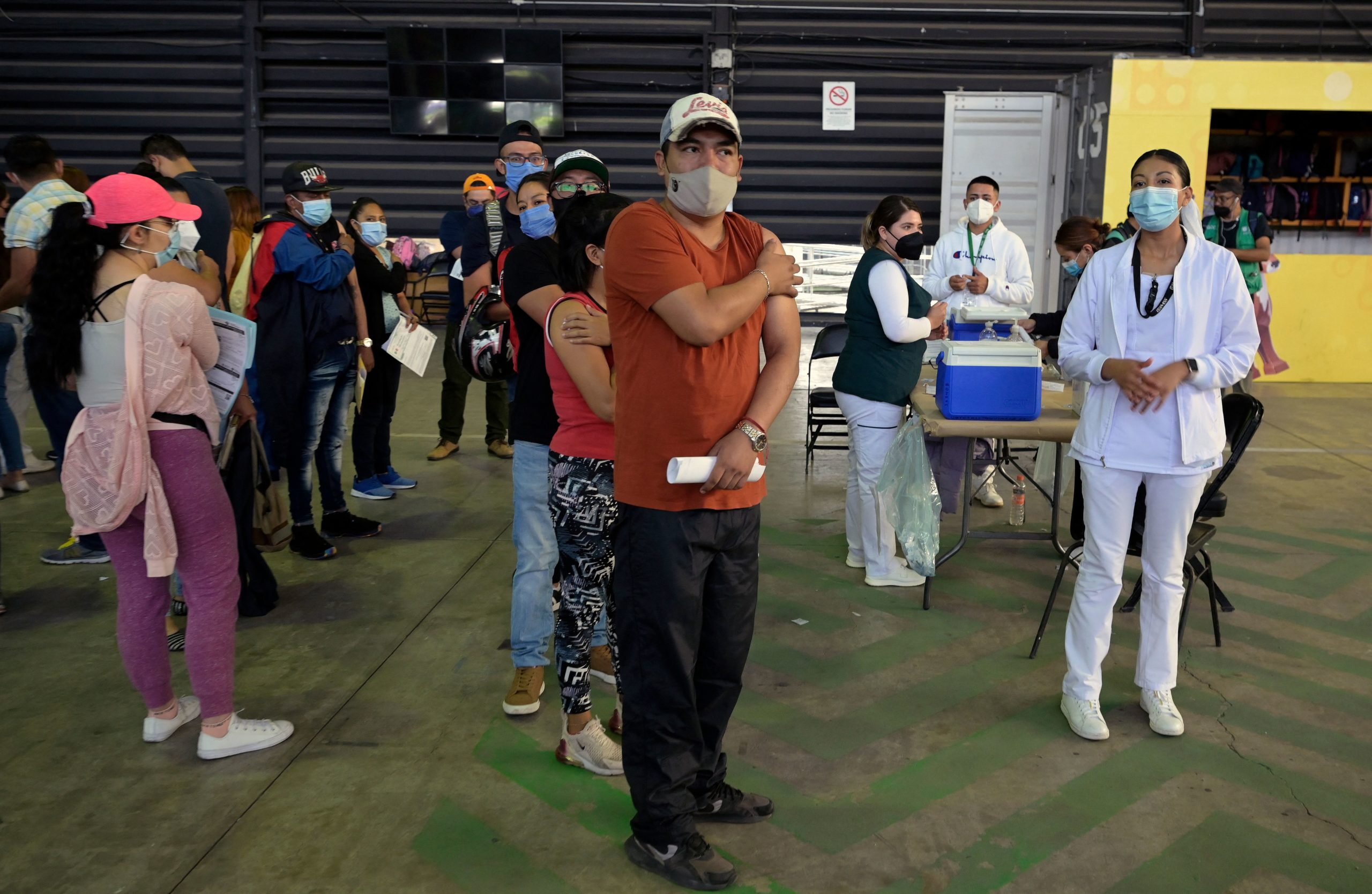 People in the range of 30 to 39 years old are seen after receiving their first dose of the AstraZeneca vaccine against Covid-19, at the Palacio de los Deportes in Mexico City, on July 13, 2021. (Photo by ALFREDO ESTRELLA/AFP via Getty Images)

The vaccines were given to the Mexican workers in an effort to protect the close-knit border communities and Americans living in the area, the Times reported. The Biden administration promised some four million vaccine doses to Mexico.

Tijuana, Mexico, is nearly 20 miles from San Diego, California, and a similar vaccine share program is expected to start up between Hidalgo County, Texas, and Reynosa, Mexico, and between El Paso, Texas, and Ciudad Juárez, Mexico, according to the Times.

“We are divided by a virtual line,” Ikeda told the Times. “To get them vaccinated is the only way for us to get out of the pandemic.” (RELATED: Mexican Officials Say There’s No Reason To Restrict Border Travel Now That The US Has Donated 1.3 Million COVID-19 Vaccines)

Officials in California and Texas have given excess vaccines to neighboring Mexican communities to help boost local economies despite ongoing travel restrictions and border closures, according to the Times.