Do you believe “the US Government is purposely exceeding its Constitutional authority?”

Do you “oppose many federal and state laws and regulations, particularly those related to firearms ownership?”

Would you ever consider “tak[ing] overt steps to violently resist or facilitate the overthrow of the US Government [if it were] trying to establish a totalitarian regime?”

If you answered yes to one or more of these questions, then you’re probably in Big Tech’s database under the new category: “far-right militia.”

The database is run by the Global Internet Forum to Counter Terrorism, which was founded “under pressure from U.S. and European governments” by YouTube, Twitter, Microsoft, and Facebook and includes over a dozen other tech giants.

In the past, this “database has focused on videos and images from terrorist groups on a United Nations list and so has largely consisted of content from Islamist extremist organizations such as Islamic State, al Qaeda and the Taliban.”

In recent years, the United States Government Office of the Director of National Intelligence (ODNI) has deputized this Big Tech conglomeration to censor and disrupt these “terrorists.” ODNI claims to assist the platforms in “identify[ing] terrorist content” and providing input on “how terrorists use the internet.”

Now under the guise of cracking down against “far-right militias,” this alliance of government and tech giants has set its sights on the Bill of Rights. The Executive Branch will suggest targets and Big Tech will track them down and censor them without ever involving the Legislative or Judicial Branches of government!

In a March 2021 joint assessment, President Biden’s ODNI classified as “Militia Violent Extremists” those who:

“take overt steps to violently resist or facilitate the overthrow of the US Government in support of their belief that the US Government is purposely exceeding its Constitutional authority and is trying to establish a totalitarian regime; oppose many federal and state laws and regulations, particularly those related to firearms ownership.”

Here ODNI is mischaracterizing gun owners, who live and breathe the Founding Fathers’ intentions in enacting the Second Amendment, as domestic terrorists—all in an effort to increase public support for gun control laws.

This is patently obvious when reading the Biden Administration’s National Strategy for Countering Domestic Terrorism.

They claim that “prevention efforts must be pursued while safeguarding civil rights and civil liberties,” and yet a key element of their strategy is:

“reducing access to assault weapons and high–capacity magazines and enforcing legal prohibitions that keep firearms out of dangerous hands.”

The author of this gun control strategy and deputy homeland security adviser at the NSC, Joshua Geltzer, also recently stated in an interview that:

“tackling things that feed into the domestic terrorism challenge is an imperative, [such as e]asy access to certain types of firearms.”

So now that ODNI has designated constitutionally-minded gun owners as “Militia Violent Extremists,” the government has created an excuse to take away modern firearm technology from the people.

The Biden Administration understands that when gun owners are labeled as domestic terrorists, it becomes a public safety “imperative”—rather than a gross violation of the Bill of Rights—for the government to deprive individuals of their Second Amendment-protected rights.

To use ODNI’s language defining “Militia Violent Extremists,” the Second Amendment was intended by our Founding Fathers as an:

“overt step [to allow Americans] to violently resist or facilitate the overthrow of the US Government [if] the US Government [wa]s purposely exceeding its Constitutional authority and [ ] trying to establish a totalitarian regime.”

An armed populace—the unorganized militia—empowered with the uninfringed “right to keep and bear arms” is “necessary to the security of a free State” precisely because of the check and balance it provides against an abuse of the federal government.

Even Justice Scalia noted in the landmark D.C. v. Heller Supreme Court decision that “the militia was thought to be ‘necessary to the security of a free state’” to empower the people to be “better able to resist tyranny” (Page 25).

You’re supposed to own guns to defend yourself and your loved ones from a tyrannical government—not for sport or pleasure.

Still, despite our Founding Fathers’ best attempt to secure our freedoms, Big Tech and Big Government are still teaming up to undermine the Bill of Rights.

“[C]iting the threats of far-right or racially motivated violent extremism,” the Global Internet Forum to Counter Terrorism has joined hands with the Biden Administration, who is readily categorizing its political opponents as terrorists, to censor Americans online if they express support for the original intent of the Second Amendment from their platforms. 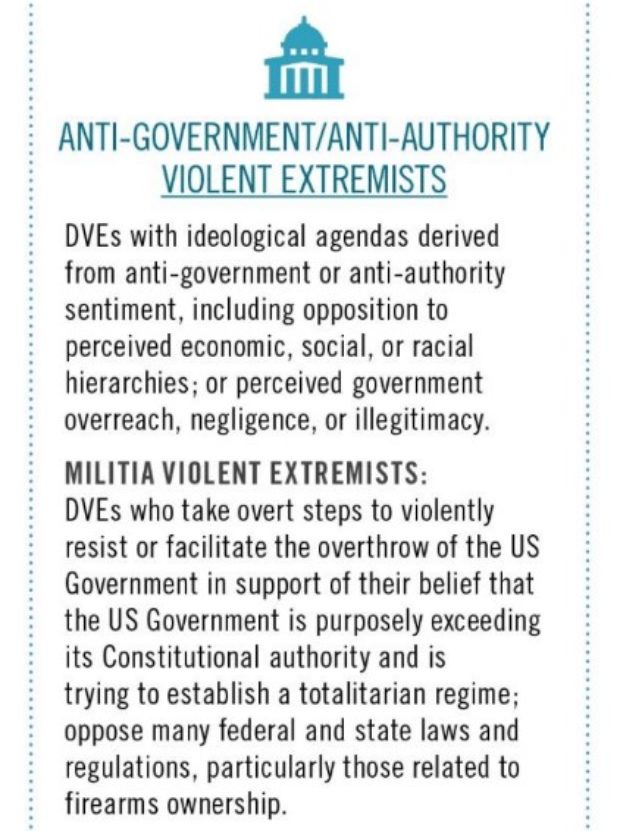 The federal government is encouraging private corporations to engage in First Amendment violations in support of the ruling party’s fundamental disagreement with the existence of the Second Amendment.

And I don’t know about you, but that sounds like “the US Government is purposely exceeding its Constitutional authority” to me!

Aidan Johnston is the Director of Federal Affairs for Gun Owners of America, a nonprofit grassroots lobbying organization dedicated to protecting the right to keep and bear arms without compromise. GOA represents over two million members and activists, and can be found at www.gunowners.org. You can follow Aidan on Twitter @RealGunLobbyist. Click here to join Gun Owners of America.