The 1500m, the metric conversion of a one-mile swim, is a test of endurance and has been an Olympic event for men since 1904 — but 2021 marked the first time that the event was held for women as well. And Ledecky, closely followed by teammate Erica Sullivan, cruised through that mile to her first gold medal of the Tokyo Games. (RELATED: Ariarne Titmus Ousts Katie Ledecky In Fierce Battle For Olympic 400M Gold)

Ledecky finished the final with a time of 15:37.34, just under two seconds off the Olympic record she set a day earlier in her preliminary heat: 15:35.35.

It’s an OLYMPIC RECORD for @katieledecky as she wins her heat in the 1500m freestyle.

As soon as she realized that she and Sullivan had swept the event, earning both gold and silver for the U.S., Ledecky launched herself over her lane line to hug her teammate. 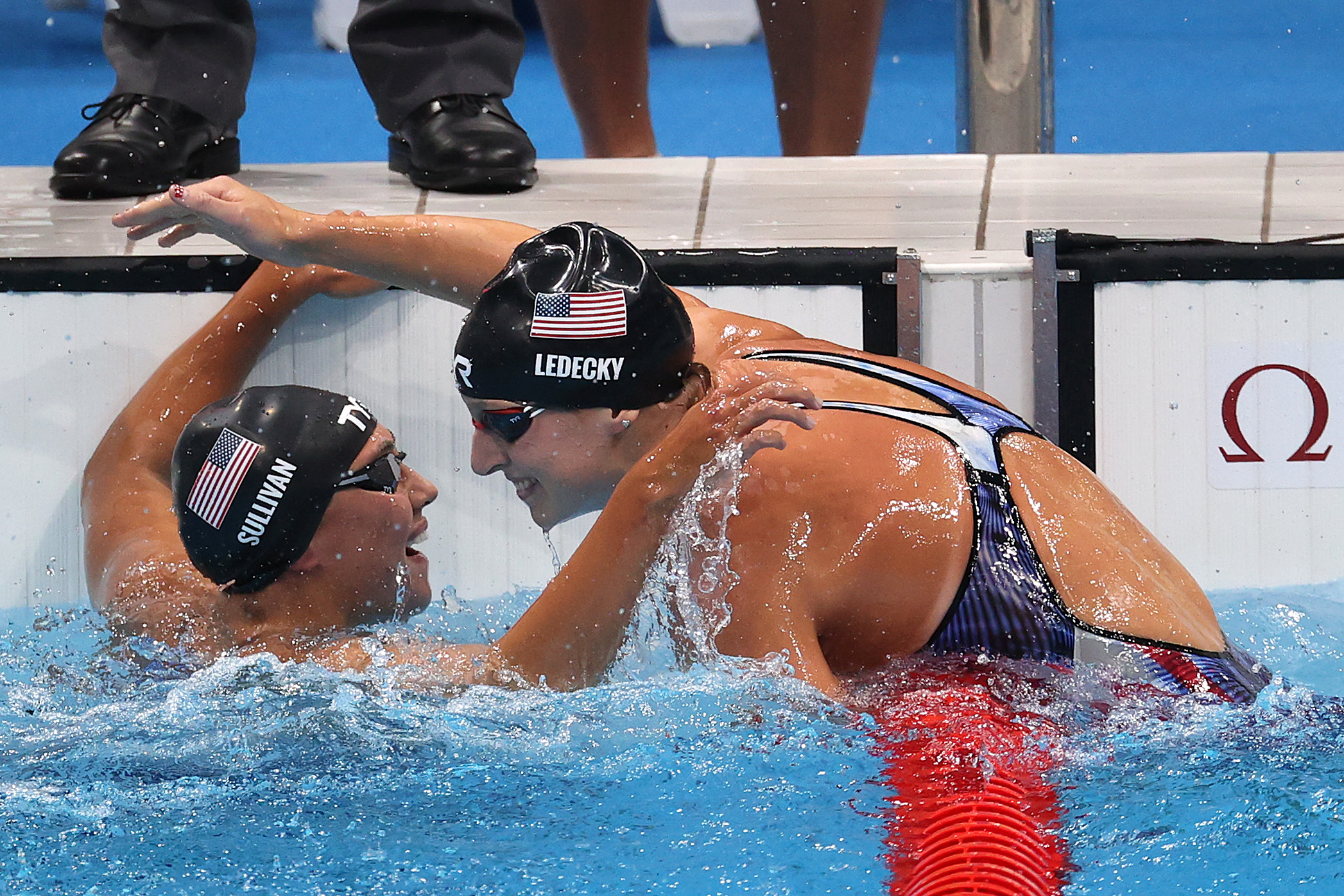 Ledecky and Sullivan spoke to reporters immediately after the event, where Ledecky insisted on giving credit to the great female swimmers who had come before her — “so many people that I looked up to, that I still look up to” — and who never got the chance to compete in the 1500m.

“I’m so glad we could do it in the best possible way.”@katieledecky and @erica_sully talk about making history in the Olympic debut of the women’s 1500m free. #TokyoOlympics pic.twitter.com/bVgwKHOhho

“I’m so glad we could do it in the best possible way,” Ledecky said, noting that after a disappointing fifth-place finish in the 200m freestyle just an hour before the race, she had to refocus quickly in order to get the job done.

Just prior to her race, even retired Olympian Michael Phelps — the most decorated swimmer in history – referred to Ledecky as the “GOAT” (Greatest Of All Time).

From one 🐐 to another:

Ledecky has been on the Olympic stage since 2012, when she shocked the world at just 15 years old with a gold medal swim in the 800m freestyle. After qualifying in third place in the semi-finals, Ledecky went on to win the final by four seconds — taking down an American record that had stood since 1989.