The unions slammed the mandate, arguing it would violate their members’ rights to choose whether they wanted the vaccine or not, The New York Times reported. On Monday, Democratic Mayor Bill de Blasio threatened “very tough” consequences for city workers who refuse to get vaccinated or tested for the virus weekly by Sept. 13.

“The unions are really, really aggravated that the mayor sprung this on everybody,” Uniformed Sanitationmen’s Association President Harry Nespoli told the NYT.

De Blasio also issued a mandate requiring 45,000 workers who work in residential care settings to get vaccinated by Aug. 16, according to a release. The “voluntary phase” for getting immunized is over, de Blasio said during an interview Tuesday evening.

“This is what it takes to continue our recovery for all of us while fighting back the delta variant,” the mayor told reporters during a news conference earlier in the week. “It’s going to take all of us to finally end the fight against COVID-19.” (RELATED: Mayor De Blasio Talks With His Mouth Full As He Munches On Fries During Press Briefing) 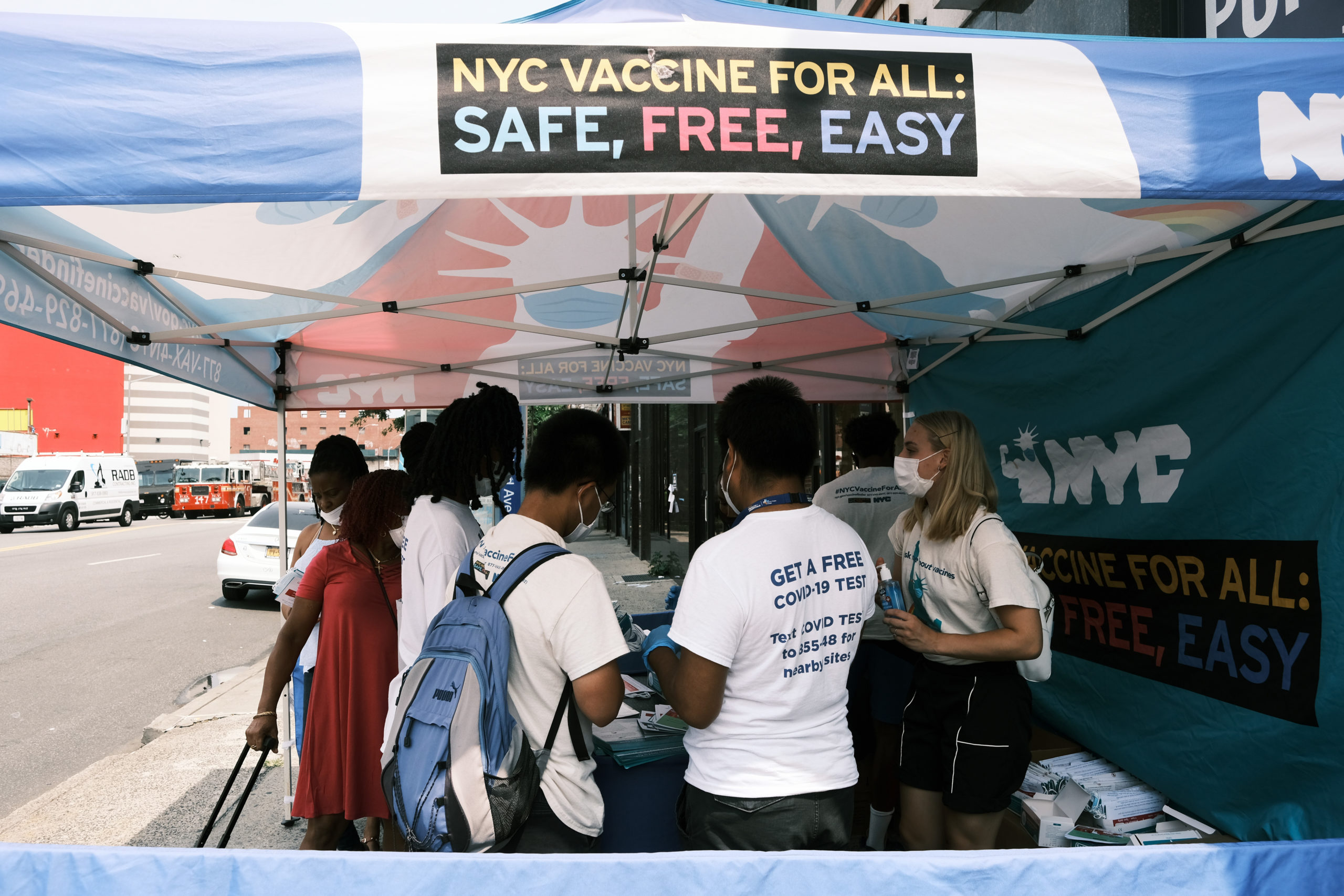 Meanwhile, the New York City Fire Department (FDNY) firefighter’s union said workers who are proven to have antibodies should be exempt from the vaccination requirement, the NYT reported.

“There’s so many questions unanswered,” Oren Barzilay, president of the FDNY Emergency Medical Service union said, according to the NYT. “How’s it going to be implemented? How are we going to get them tested? What happens to us if we have a side effect? It was just a blanket statement without any action plan.”

Barzilay added that his union “strongly opposed” the mandate, which it believes would infringe its members’ civil liberties, Gothamist reported.

“You’re going to have people that are going to resent it,” Nespoli told the NYT. “I was out in one of my garages yesterday and they’re saying, ‘What’s going on with this — if you don’t get the shot, they’re going to send you home?'”

The Police Benevolent Association has been silent on the issue and hasn’t yet released a statement, according to the Gothamist. But the New York City Police Department (NYPD), which employs more than 52,500 individuals, has supported the vaccine requirement.