Corporations were silent on why they chose to suspend political contributions to Republicans, but not Democrats who have objected to election results.

More than 15 major U.S. companies that announced they would suspend giving money to members of Congress following the Jan. 6 Capitol riot didn’t respond to requests for comment from the Daily Caller News Foundation about their political contribution activity following the 2016 presidential election. The corporations were quick to condemn Republicans lawmakers who voted against certifying the 2020 presidential election earlier this year, but apparently didn’t criticize or punish Democrats who have similarly objected to election results in the past.

“These corporations are doing something very new, and something that could potentially alienate an important base for them,” Craig Holman, a lobbyist at Public Citizen, told The Washington Post in January. “I’ve never heard of this happening before.”

Meanwhile, during the vote, throngs of former President Donald Trump’s supporters breached the Capitol building in protest of the election results. The crowd stormed the building after attending Trump’s speech at a nearby rally in which he claimed the election had been rigged and rife with fraud. 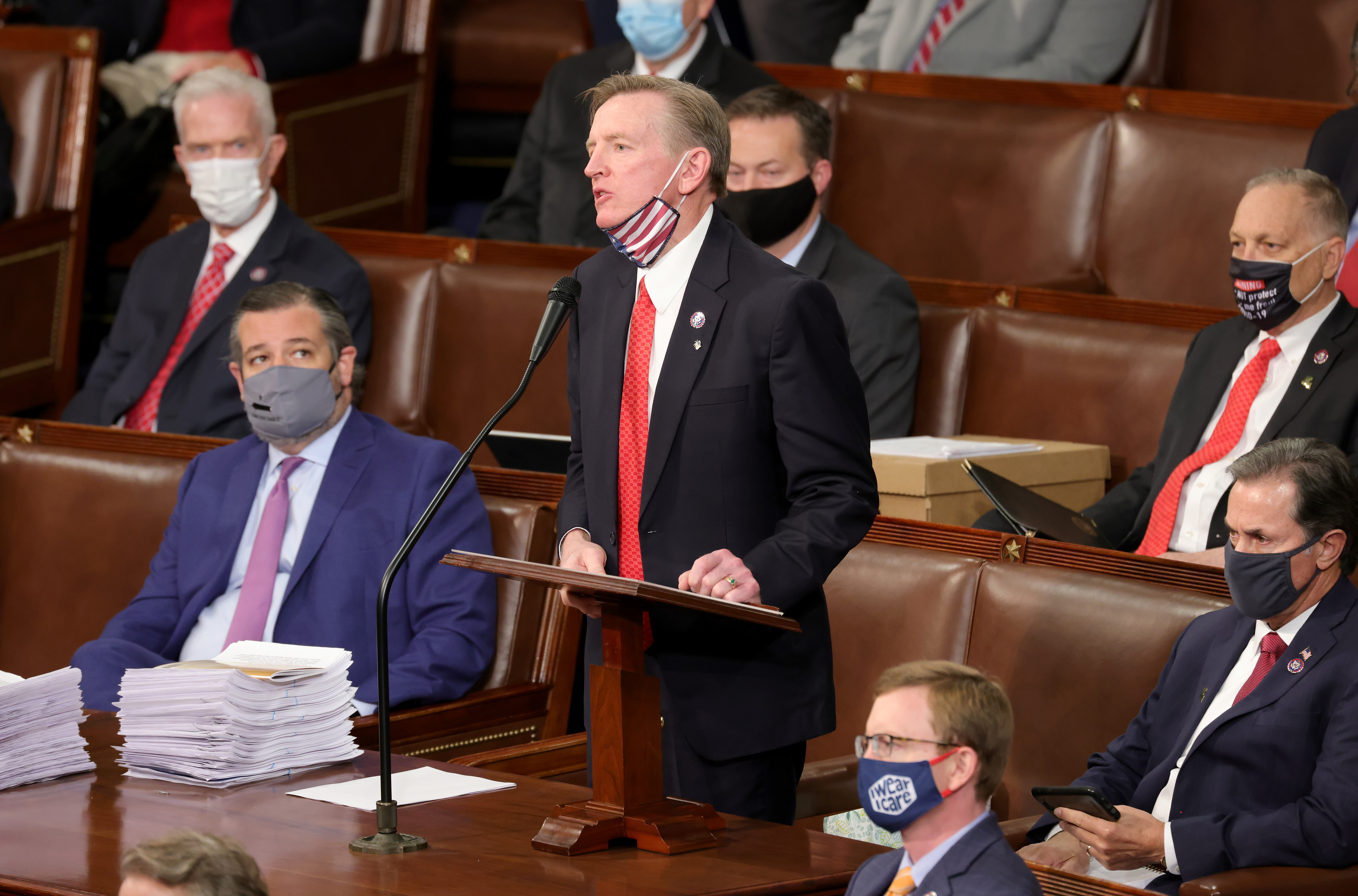 In the days following the riot and the failed Republican effort to overturn the election, around 280 corporations announced they would either conduct a review their political donation activity or no longer support those who had voted to decertify, according to a CNN database.

“Last week’s attempts by some congressional members to subvert the presidential election results and disrupt the peaceful transition of power do not align with our … values; therefore, the [American Express political action committee] will not support them,” American Express CEO Stephen Squeri said in a statement.

An Amazon spokesperson said the company would discuss its policy with the members of Congress who objected, CNBC reported. Hallmark Cards even asked GOP Sens. Josh Hawley and Roger Marshall, who both voted in favor of certifying, to return the contributions it had given them. (RELATED: EXCLUSIVE: FCC Commissioner Brendan Carr Pushes For End Of Big Tech ‘Corporate Welfare’ In Broadband Funding)

“Following last week’s awful violence in DC, we are pausing all of our PAC contributions for at least the current quarter, while we review our policies,” Facebook spokesperson Daniel Roberts said, according to CNN. 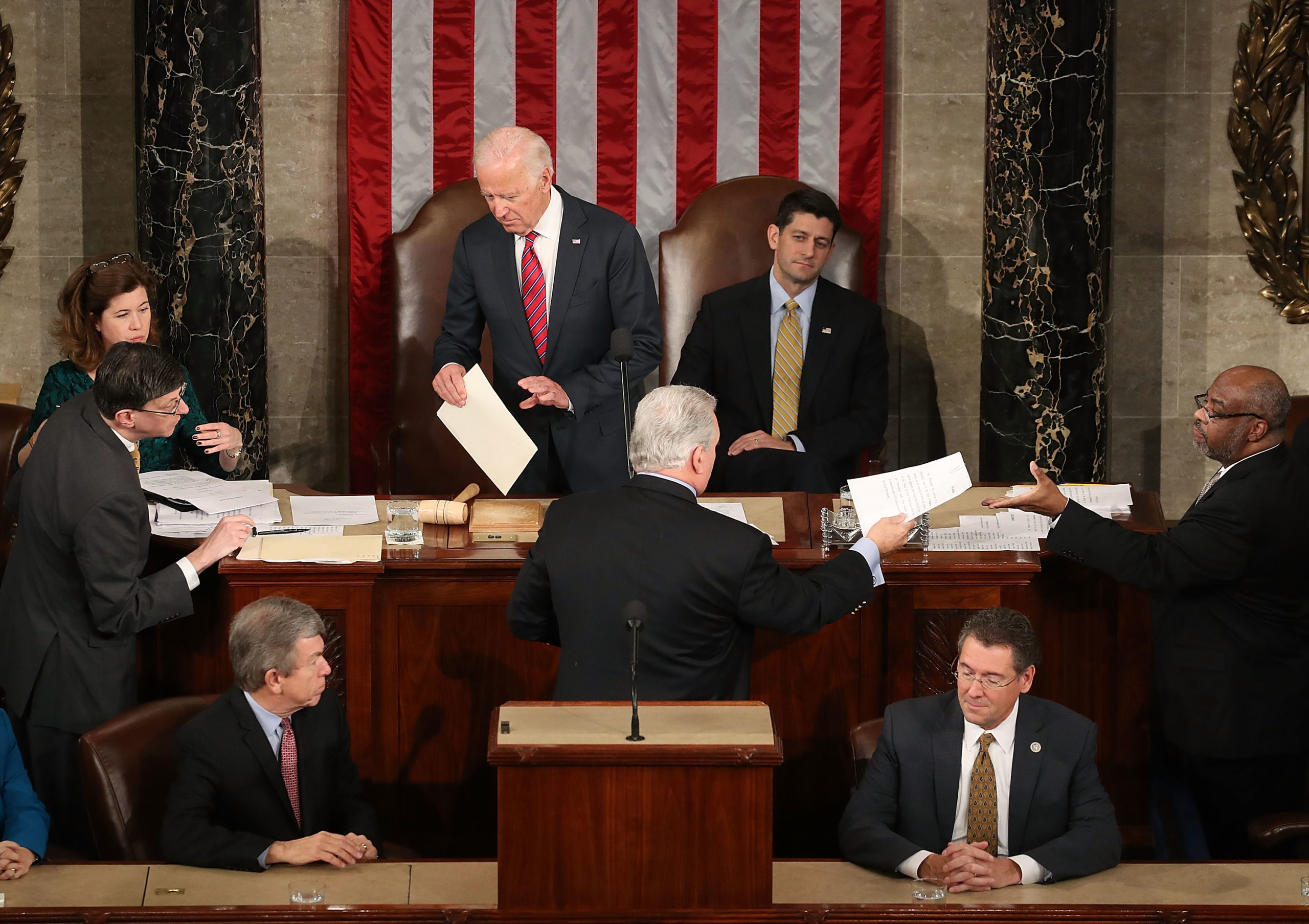 Vice President Joseph Biden presides over the counting of the electoral votes from the 2016 presidential election during a joint session of Congress on Jan. 6, 2017. (Mark Wilson/Getty Images)

“The electors were not lawfully certified, especially given the confirmed and illegal activities engaged by the government of Russia,” McGovern, the House Rules Committee chair, said after objecting to Alabama’s results in 2017, CNN reported.

For example, Jackson Lee received money from AT&T and McGovern received money from Walmart in both 2016 and 2018, according to OpenSecrets and Federal Election Commission (FEC) records. Google gave money to Waters and Raskin in 2016, 2018 and 2020, FEC data showed.

AT&T, Walmart and Google were among the hundreds of companies to announce policy changes following the Jan. 6 riot.

None of 16 corporations that the DCNF reached out to responded to requests for comment about why the Democrats’ 2016 objections differed from the Republicans’ 2020 objections.