Trump targeted Senate Minority Leader Mitch McConnell and other “RINOs” for voting to begin debate on the package, which provides billions of federal dollars to upgrade the nation’s roads, bridges, waterways, drinking water pipes and more.

“Under the weak leadership of Mitch McConnell, Senate Republicans continue to lose,” Trump said in an emailed statement. “He lost Arizona, he lost Georgia, he ignored Election Fraud and he doesn’t fight,” Trump added, referring to January’s Senate runoffs and his own discredited claims that the 2020 election was rigged.

“Now he’s giving Democrats everything they want and getting nothing in return,” Trump continued. “No deal is better than a bad deal. Fight for America, not special interests and Radical Democrats. RINOs are ruining America, right alongside Communist Democrats.”

Seventeen Senate Republicans joined Democrats in voting to begin debate on the bill Wednesday evening, setting up potential amendment votes Friday or this weekend and a final vote shortly after. Republicans who voted for the bill included moderates like Sens. Mitt Romney, Susan Collins and Lisa Murkowski and conservatives like Sens. Lindsey Graham, Bill Cassidy and Thom Tillis and McConnell himself. (RELATED: Bipartisan Infrastructure Bill Overcomes Filibuster, Advances In Senate After Months Of Tense Negotiations) 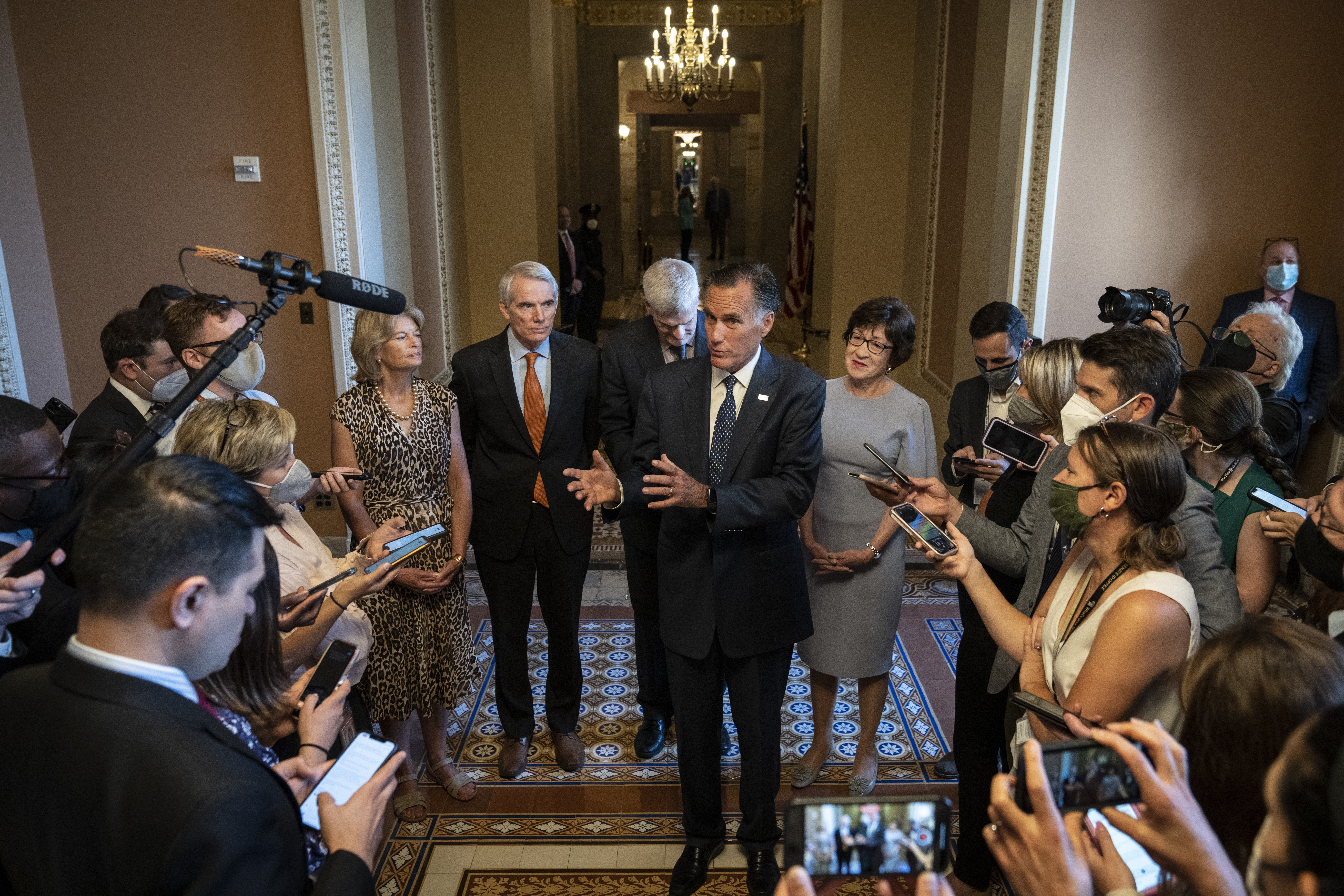 Polls have shown that the bill’s provisions are overwhelmingly popular among Americans, with one survey released last week showing that over 80% supported significant investments toward repairing roads, bridges and other public works projects. Past presidents, including Trump and former President Barack Obama, tried to move a comprehensive infrastructure bill through Congress and into law during their time in office, but were unsuccessful.

President Joe Biden, who campaigned on his ability to broker bipartisan deals, commended the package’s advancement.

“The Bipartisan Infrastructure Deal signals to the world that our democracy can function, deliver, and do big things,” he wrote. “As we did with the transcontinental railroad and the interstate highway, we will once again transform America and propel us into the future.”

Thursday’s statement is not the first time Trump has chastised the bipartisan plan. In an email minutes before Wednesday’s vote he called the bill a “loser for the USA” and a “terrible deal,” adding that Republicans working with Democrats made them “look weak, foolish, and dumb.” (RELATED: Senators Agree On ‘Major Issues’ Over Infrastructure, GOP Prepared To Move Forward)

He also threatened primaries against Republicans who voted for the bill.

Though senators in both parties celebrated the successful vote, the package still has a long way to go before becoming law. In addition to the multiple Senate votes ahead, it still must pass the House, where Republicans and progressive Democrats have voiced criticism.