President Joe Biden announced additional measures aimed at slowing the spread of the delta variant and getting more Americans vaccinated Thursday afternoon. These measures include new protocols for federal employees and urging state and local governments to offer money if an individual gets the shot.

The Centers for Disease Control and Prevention (CDC) altered the guidelines for vaccinated Americans on Tuesday, recommending masking in public, indoor settings for areas of substantial and high transmission regardless of vaccination status. Biden followed that up by noting he was considering issuing a vaccine mandate for federal employees because of the delta variant.

The president expanded on his earlier comments about vaccine mandates, announcing Thursday that federal government employees and contractors will now have to confirm their vaccination status. If an individual doesn’t say that they’re fully vaccinated, masks and physical distancing measures will be required at all times. These individuals will also need to undergo testing once or twice a week and their work travel may be affected.

While the new regulations don’t appear to apply to the Department of Defense (DoD), Biden said he’s directing that agency to look into adding the COVID-19 vaccination as a requirement for military members. 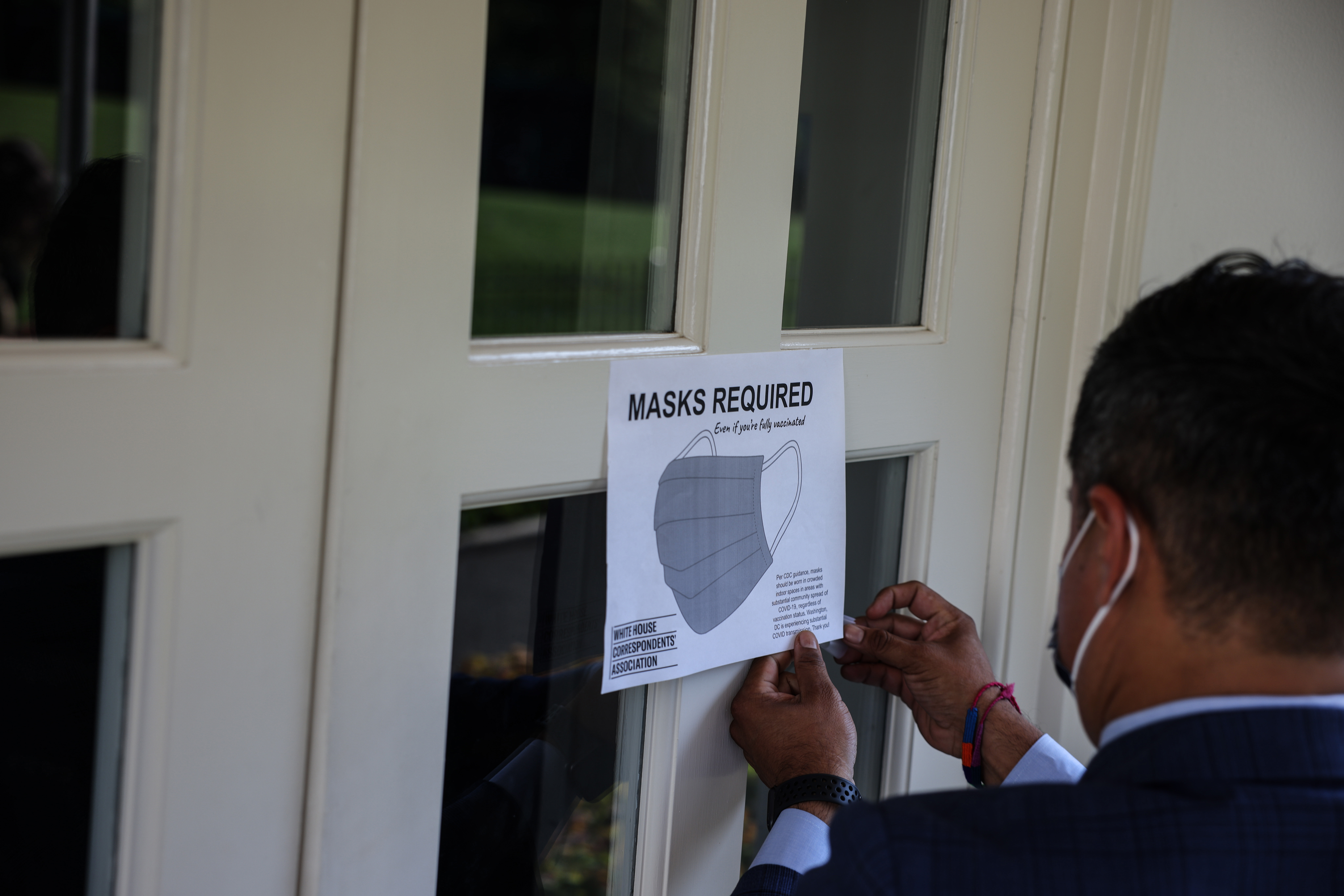 In addition to the guidelines laid out for federal employees, Biden is urging state and local governments to offer Americans $100 if they get vaccinated. This is part of the administration’s continued push to convince more people to get the shot. The administration noted in a fact sheet that offering money in exchange for getting the shot has been shown to increase vaccination rates. The administration said state and local governments can use funding from the American Rescue Plan (ARP) to offer the $100.

The new CDC rules have been slammed from critics, with Republican Texas Sen. Ted Cruz declaring it’s based on “politics, not science” and Ohio Republican U.S. Senate candidate and author J.D. Vance bringing to light mixed messaging from the agency. Still, the White House complied with the CDC guidelines, going back to requiring masks for staffers and journalists for indoor settings.

The CDC also announced Tuesday a recommendation that all students in grades K-12, regardless of vaccination status, mask up. The guidelines come despite reports that children often don’t become as sick as adults from the virus and appear to be at lower risk of contracting it. (RELATED: ‘The Choice Is Yours’: In Line With CDC’s Mask Guidance, Biden Gives Americans An Ultimatum On Vaccines)