Vice President Kamala Harris has seen her favorability rating continually drop in the first six months of President Joe Biden’s administration, and Democrats may be starting to view her as politically toxic.

Vice presidents typically play a large role in galvanizing support for down-ticket party members during midterm elections, as Vice President Mike Pence did in 2018. Harris, however, has an unfavorable rating of 46% according to several polls, one of which has her as high as 48%, The Hill reported.

“As of right now, I think she has the potential of doing more harm than good for some of these candidates,” one Democratic strategist told The Hill on Thursday. “My sense is she’ll probably raise a lot of money and maybe she’ll go to some specific districts, but they’ll have to be really strategic with her.” 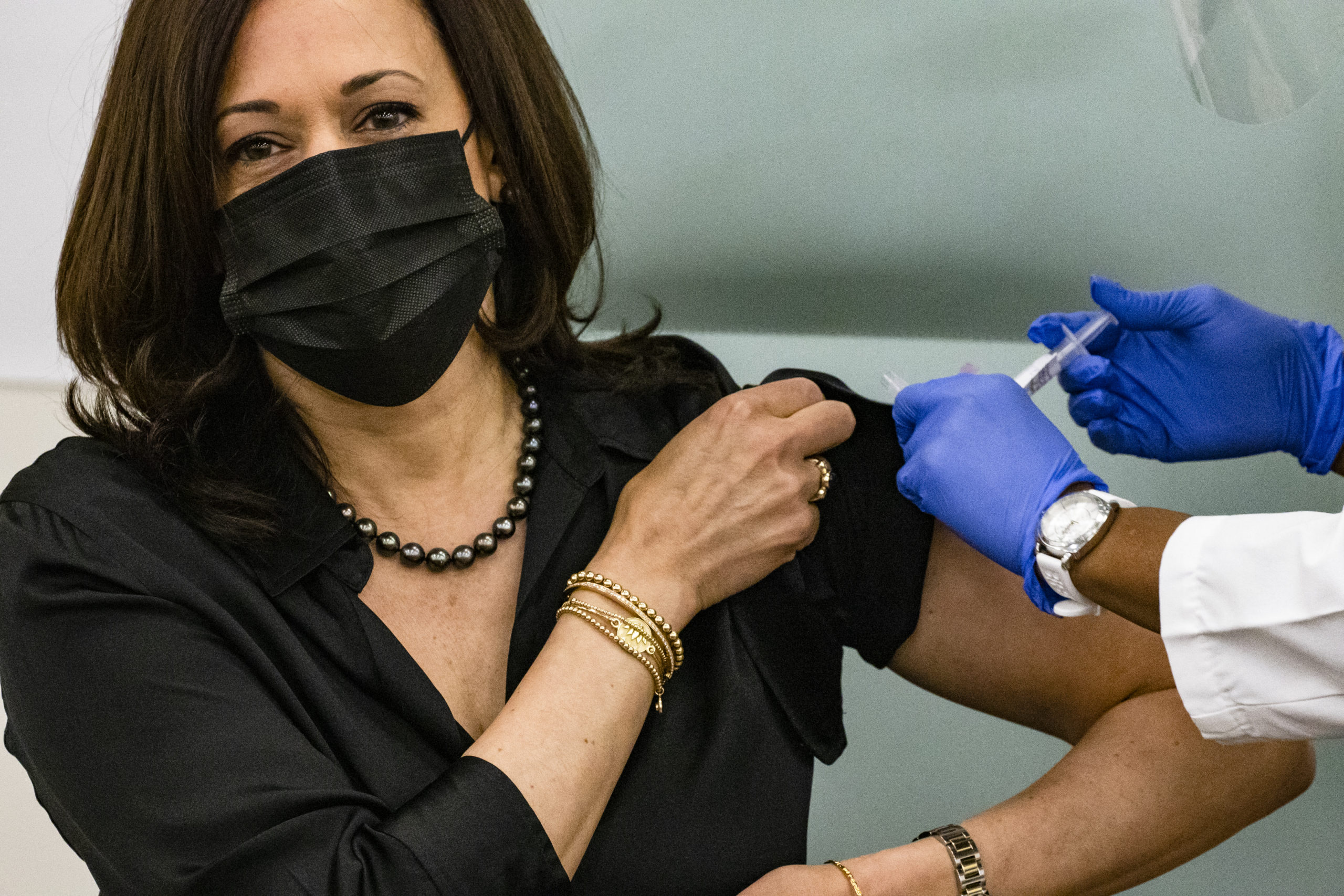 WASHINGTON, DC – DECEMBER 29: Registered Nurse Patricia Cummings administers the Moderna COVID-19 vaccine to Vice President-elect Kamala Harris at the United Medical Center on December 29, 2020 in Washington, DC. This is the Vice President-elect’s first of two doses of the Moderna vaccine which was given emergency use authorization by the Food and Drug Administration less than two weeks ago. (Photo by Samuel Corum/Getty Images)

“She doesn’t have the standing at this moment to go to a lot of these tighter districts,” the strategist added.

While Biden himself has seen a downward trend in polls in recent months, many of the policies he is pushing forward, such as infrastructure, enjoy wide support among Americans. The same cannot be said of Harris, however, who has been given the reigns on the Biden administration’s two most difficult issues: election reform and illegal immigration. (RELATED: ‘Not Today!’: Kamala Harris Cracks Up When Asked If She Will Visit The Border)

“No one is coming out and saying she’s doing an amazing job, because the first question would be ‘On what?’” another person, identified as a “Harris ally” told the Hill. “She’s made a bunch of mistakes and she’s made herself a story for good and bad.”

However, some disagree, arguing that Democrats would be making a mistake to shy away from Harris ahead of the midterms.

“The reason that Harris is unpopular is that they haven’t been able to make headway against Joe Biden personally, so they really have switched their messaging strategy to focus on Harris and attack him indirectly,” political analyst Rachel Bitecofer told the Hill.

“If Democrats buy into the old-school political book and make the same mistakes that they’ve made in the past and try to shelf her, hide her, run away from her, all they’re doing is reasserting the right’s negative frame against her,” she said.