A U.S. Air Force (USAF) colonel apologized and is promising to do better after a group of airmen were held in a garbage and mold-infested quarantine at Sheppard Air Force Base, a family member of a detained airman told the Daily Caller.

Two of the airmen tested positive for COVID-19 on Tuesday, Sheppard Air Force Base Chief of Public Affairs George Woodward confirmed to the Daily Caller Thursday. However, the infection status of the airmen was unknown at the time they began their quarantine, the family member said. They were not immediately tested for COVID-19, and were placed in quarantine groups without regard for their vaccination status, according to the family member.

“The airmen were placed in a restriction of movement status based on potential COVID-19 exposure, according to base public health guidance. Unfortunately, proper procedures were not followed in assigning rooms or supporting these airmen. When this was brought to the attention of senior officers it was immediately corrected. The group commander, a colonel, personally visited the Airmen to ensure they were being properly cared for. This situation was entirely unacceptable and contrary to Air Force values and standards, and appropriate actions will be taken,” Woodward said Tuesday.

The Daily Caller is not naming the family member due to fear of reprisal.

“Trash bins were full of garbage, still remain un-dumped, the refrigerator was full of molding food from the previous class that had vacated” the rooms, the family member said Tuesday.

During their quarantine, which began on July 22 and will end on Aug. 1, base leadership failed to communicate with the airmen, the family member said.

“They were basically rounded up, told to immediately gather their bags and report to someone in charge,” the family member explained. “They’ve been quarantined since [July 22] with no testing, no answers and little to no communication from the high ups at the Base. They must remain in the filthy barracks and only get to go outside when someone comes to get them for their allotted exercise time.”

However, the family member added, Air Force leaders did not send trainers to lead the men for their daily workouts.

The men missed scheduled exercise times and meals on July 23, July 24, and July 25, and went 24 hours straight without food between July 23 and 24, according to the family member. Additionally, they were only fed on July 24 when an airman who was not quarantined brought them snacks.

According to the Department of Defense (DoD), 205,910 soldiers have tested positive for COVID-19 throughout the pandemic, and 33,998 of those cases were from members of the Air Force.

The DoD can not mandate its employees, including soldiers, to receive COVID-19 vaccines because the Food and Drug Administration (FDA) has only approved the Pfizer, Moderna and Johnson & Johnson shots on an emergency use authorization (EUA). Pentagon press secretary John Kirby said in early July that DoD leadership would consider making vaccines mandatory when the FDA fully approves them. According to Kirby, 69% of DoD personnel had received at least one shot as of July 7. (RELATED: Significant Numbers Of US Military Members Refusing COVID-19 Vaccination) 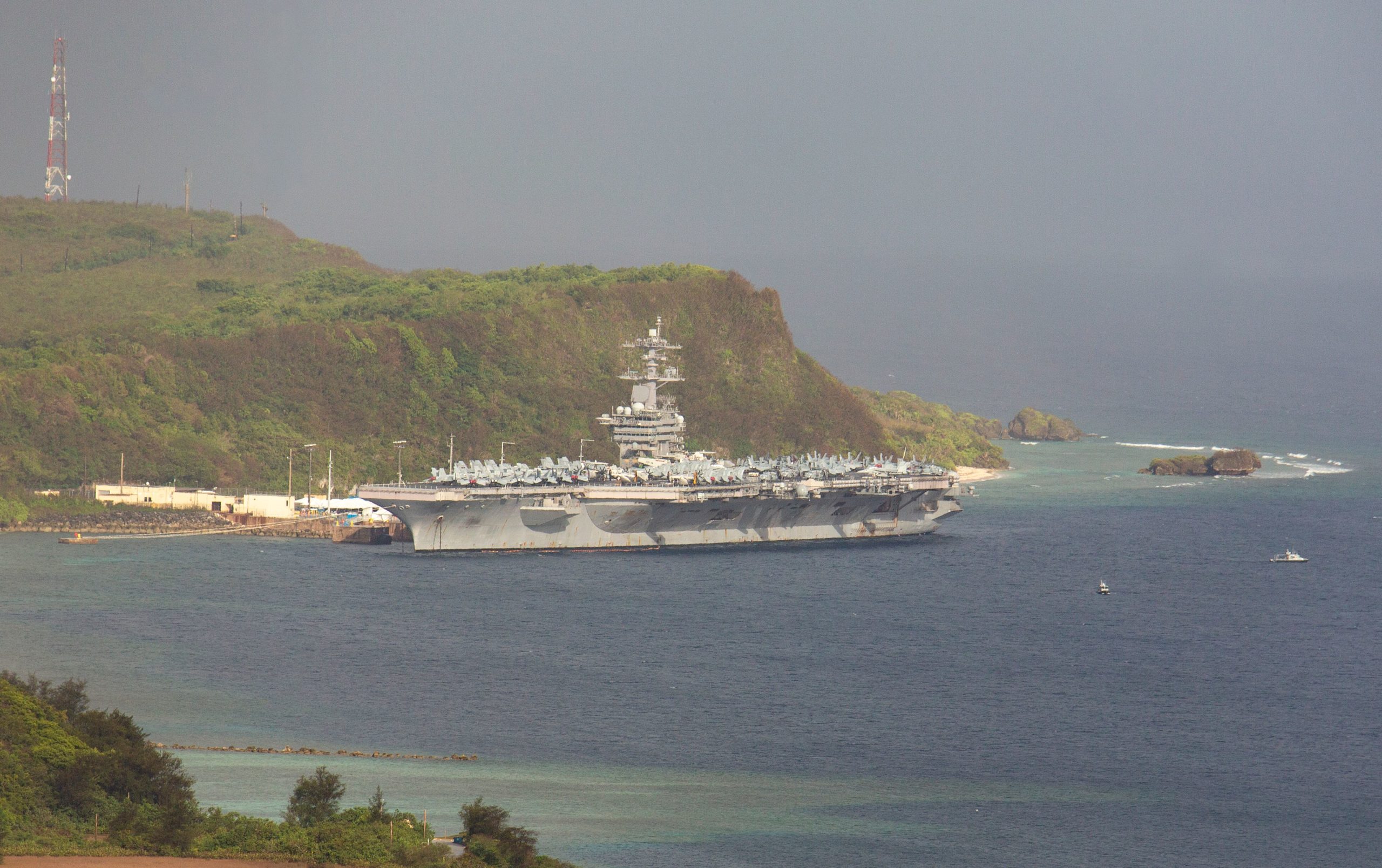 The aircraft carrier USS Theodore Roosevelt, is docked at Naval Base Guam in Apra Harbor amid the coronavirus pandemic on Monday, April 27, 2020. – At least 955 crew members aboard the USS Theodore Roosevelt have tested positive for COVID-19, according to the Navy. (Photo by TONY AZIOS/AFP via Getty Images)

The DoD struggled to manage COVID-19 exposures and outbreaks among service members. Strike group commander Rear Admiral Stewart Baker fired Capt. Brett Crozier, the commander of the aircraft carrier USS Theodore Roosevelt in April 2020 after a letter Crozier wrote begging for help in managing an outbreak among sailors was leaked to the San Francisco Chronicle.

Acting Secretary of the Navy Thomas Modly later resigned after a speech he gave to the Roosevelt’s sailors insulting Crozier was publicized. (RELATED: Modly Issues Apology To The Navy, CPT Crozier And USS Roosevelt Crew)

Military officials are aware of the DOD’s chronic problems managing COVID-19. When one of the airmen reached out to a sergeant to express concern about the conditions, the sergeant told the airman via text message, “you are not the first to go through this, and you will not be the last,” the family member added.