The suicide of a 14-year-old boy at the Vessel, a spiral staircase attraction in New York City, on Thursday has sparked calls for developers to install higher barriers on the walkways, The New York Times reported.

The Hudson Yards honeycomb-like structure had reopened only two months prior with design changes meant to dissuade potential suicides, according to the New York Times. Thursday’s tragedy marks the fourth suicide at the Vessel in a year and a half.

“Everybody was just in panic mode,” Julio Matos, who was visiting the Vessel at the time of the incident, told the New York Times. “I’m still trying to mentally process what I saw.”

The structure, which is 150 feet high and has glass barriers that come up to waist height on its walkways, was closed after the death, the New York Times reported.

A “full investigation” is underway, Kimberly Winston, a spokesperson for Hudson Yards, told the New York Times. “We are heartbroken by this tragedy, and our thoughts are with the family of the young person who lost their life,” she said. 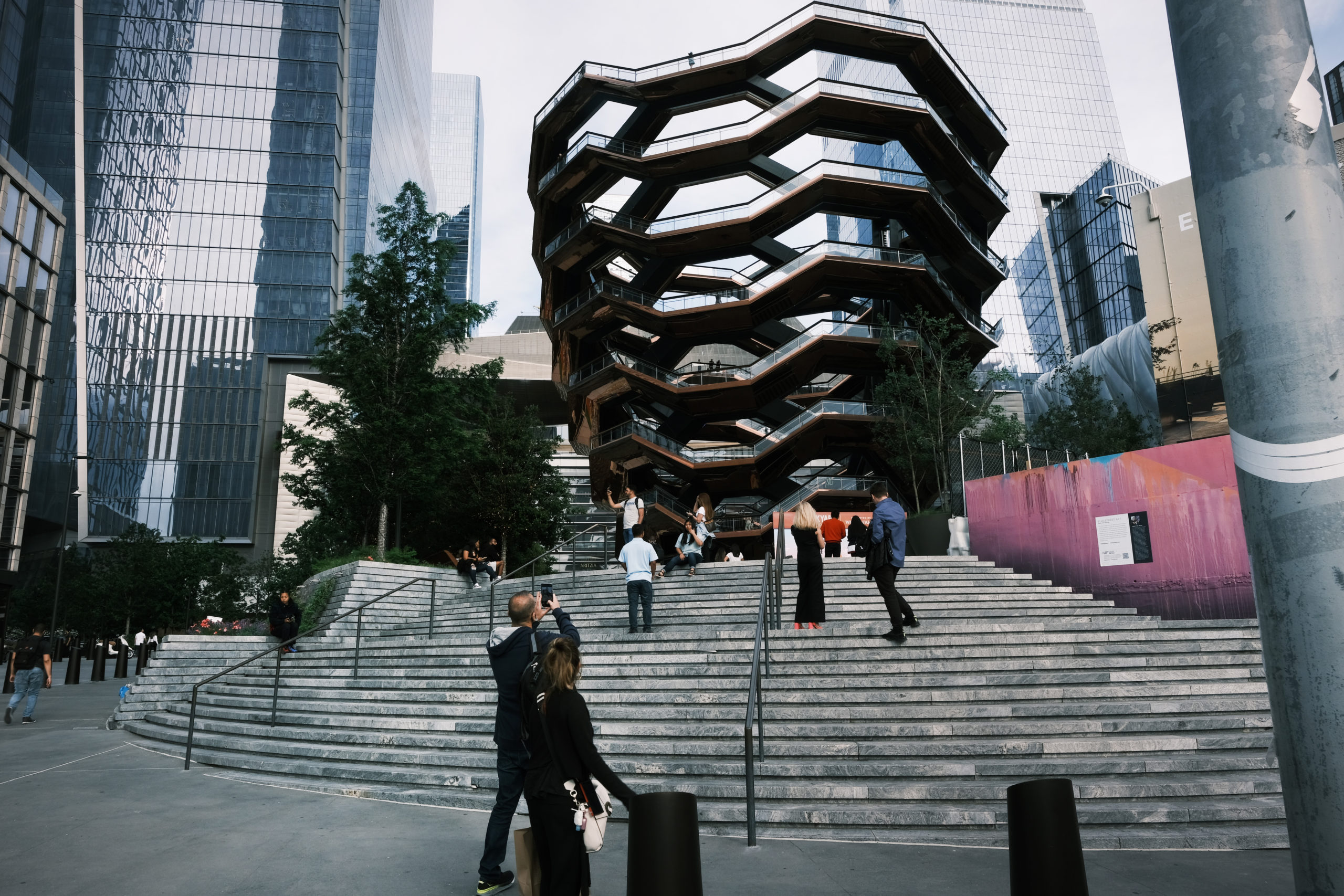 The Vessel stands in Hudson Yards days after its reopening on June 02, 2021 in New York City. (Photo by Spencer Platt/Getty Images)

January saw two individuals commit suicide at the venue within the span of a month, leading to its closure until May. A local community board and suicide-prevention researchers asked that the height of the barriers be raised before reopening, but the developers, the Related Companies, did not do so, the New York Times reported.

“We designed safety barriers for the Vessel a while back,” an employee of Heatherwick Studio, the architecture studio responsible for creating the Vessel, told the New York Times regarding the developers’ resistance to such a change. “It’s now time to install these.” (RELATED: What Is A ‘Suicide Cluster,’ And Why Has COVID Increased Them?)

The studio consulted with suicide-prevention experts, security experts and local elected officials after it closed in January, leading to changes like visitors no longer being allowed to enter the structure alone and making previously free tickets worth $10, the New York Times reported.

Heatherwick Studio said the death had left them “distraught,” in a statement, the New York Times reported. The studio added they were considering solutions that “required further rigorous tests” and that they had not yet decided what was “feasible in terms of engineering and installation.”

“We thought we did everything that would really prevent this,” Stephen M. Ross, the billionaire real estate developer who founded Related Companies, told the Daily Beast. “I want to see every possibility we can do. I mean, we thought we had covered everything.”