Former President Barack Obama is having a massive birthday bash Friday on Martha’s Vineyard amid growing concerns over the delta variant and a return to masks for vaccinated Americans in some parts of the country.

The Centers for Disease Control and Prevention (CDC) issued new guidance July 27, saying that vaccinated individuals should resume wearing masks indoors if in substantial or high transmission areas of the country. The move has prompted indoor mask mandates to be reimposed in some areas like Washington, D.C., amid confusion and backlash over the rules. (RELATED: CDC Tells All Students K-12 To Mask Up, Even If Fully Vaccinated)

Obama turns 60 on Aug. 4 and the guest list for the event – to be hosted  on his property in Martha’s Vineyard, Massachusetts – reportedly numbers some 475 guests and around 200 or more staff, according to Axios. The event is to be held outdoors and guests are asked to be vaccinated. There will also be someone ensuring COVID-19 protocols are followed, Axios added.

Famous people who scored an invite to the big event reportedly include film director Steven Spielberg, and the rock band Pearl Jam will reportedly be playing. It’s not immediately clear whether the Obamas will require guests to wear masks during the party.

Martha’s Vineyard is currently  listed as an area of “moderate” transmission on the CDC website, meaning it’s not part of the recommendations laid out for vaccinated individuals. Still, Republican Massachusetts Gov. Charlie Baker requested that some vaccinated people wear masks in public due to the delta variant. 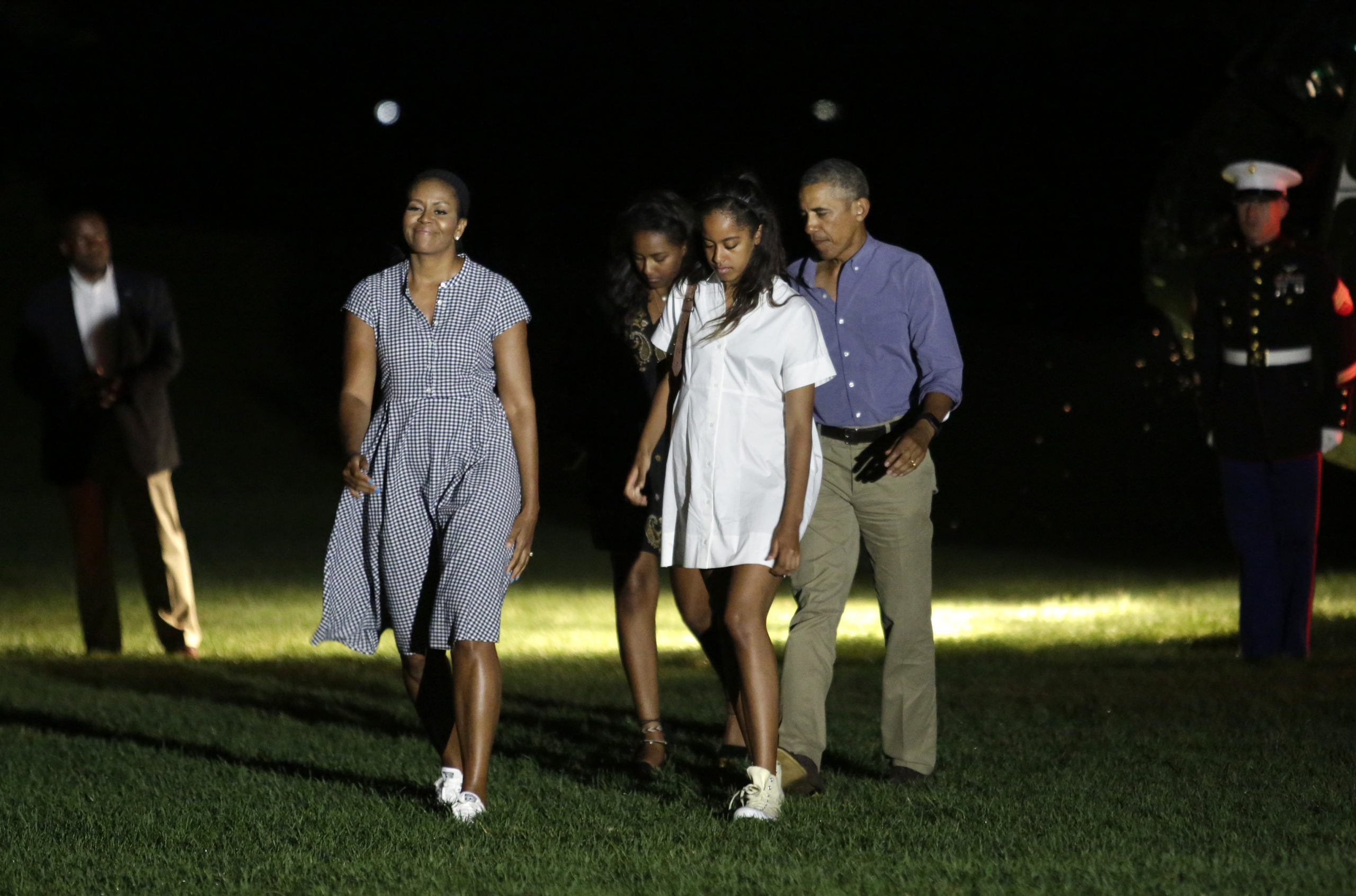 US President Barack Obama waves as he walks with First lady Michelle Obama (L) and their daughters Malia (2nd-R) and Sasha (3rd-R) on the South Lawn of the White House in Washington upon their return from a summer vacation in Martha’s Vineyard, Massachusetts on August 21, 2016. (YURI GRIPAS/AFP via Getty Images)

While the area of Martha’s Vineyard isn’t high up enough on the transmission list to qualify for the CDC’s new recommendations, other parts of Massachusetts – like Barnstable County – are noted as having “high” transmission. Cape Cod is part of Barnstable and is where a number of breakthrough cases were recently traced to.

In Cape Cod alone, 274 fully vaccinated people tested positive for the virus after large public gatherings earlier in July, according to data released by the CDC. This data noted that although there have been breakthrough cases, just four vaccinated people linked to the Cape Cod event were hospitalized and zero died – suggesting the vaccines are doing their job in protecting against serious illness or death.

President Joe Biden will not be attending the birthday celebration, a White House spokesperson said in a statement to Axios.

“While President Biden is unable to attend this weekend, he looks forward to catching up with former President Obama soon and properly welcoming him into the over-sixty club,” according to the statement.