The White House has been battling with Congress over the moratorium, announcing last Thursday – just before the moratorium was set to end – that it would let the ban lapse because of a Supreme Court ruling. The president called on Congress to extend the eviction moratorium at that time, but House Democrats failed to garner the votes. This prompted House Speaker Nancy Pelosi and other senior Democrats to punt the blame back onto the Biden administration, issuing a joint statement Sunday night declaring that “action is needed, and it must come from the administration.”

“Last week the Administration also made clear that given the spread of the Delta variant among those Americans most likely to face eviction and lacking vaccinations, the President would have strongly supported a decision by the Centers for Disease Control and Prevention (CDC) to further extend its eviction moratorium to protect renters at this moment of heightened vulnerability. Unfortunately, the Supreme Court declared on June 29th that the CDC could not grant such an extension without ‘clear and specific congressional authorization (via new legislation).'”

Biden is calling on Congress to extend the eviction moratorium immediately, Psaki noted. He also requested an expansion from the Departments of Housing and Urban Development, Agriculture and Veterans Affair through the end of September.

These and other departments are being urged to step up to allow individuals owning and operating “federally-assisted and financed rental housing” to seek Emergency Rental Assistance before choosing to begin the eviction process. The White House will, amid it all, continue looking into ways to stop evictions, according to Psaki.

Psaki noted that the CDC has failed in finding “legal authority for a new, targeted eviction moratorium.” The CDC first introduced the eviction moratorium in 2020 amid the global pandemic, and the Supreme Court ruled in June that Congress must approve any further extensions.

“Whatever is in the power of this president to do to prevent evictions, he is committed to doing it,” White House American Rescue Plan Coordinator and Senior Advisor to the President Gene Sperling told reporters during Monday’s press briefing. (RELATED: Biden Administration Extends Nationwide Eviction Ban For Additional Month) 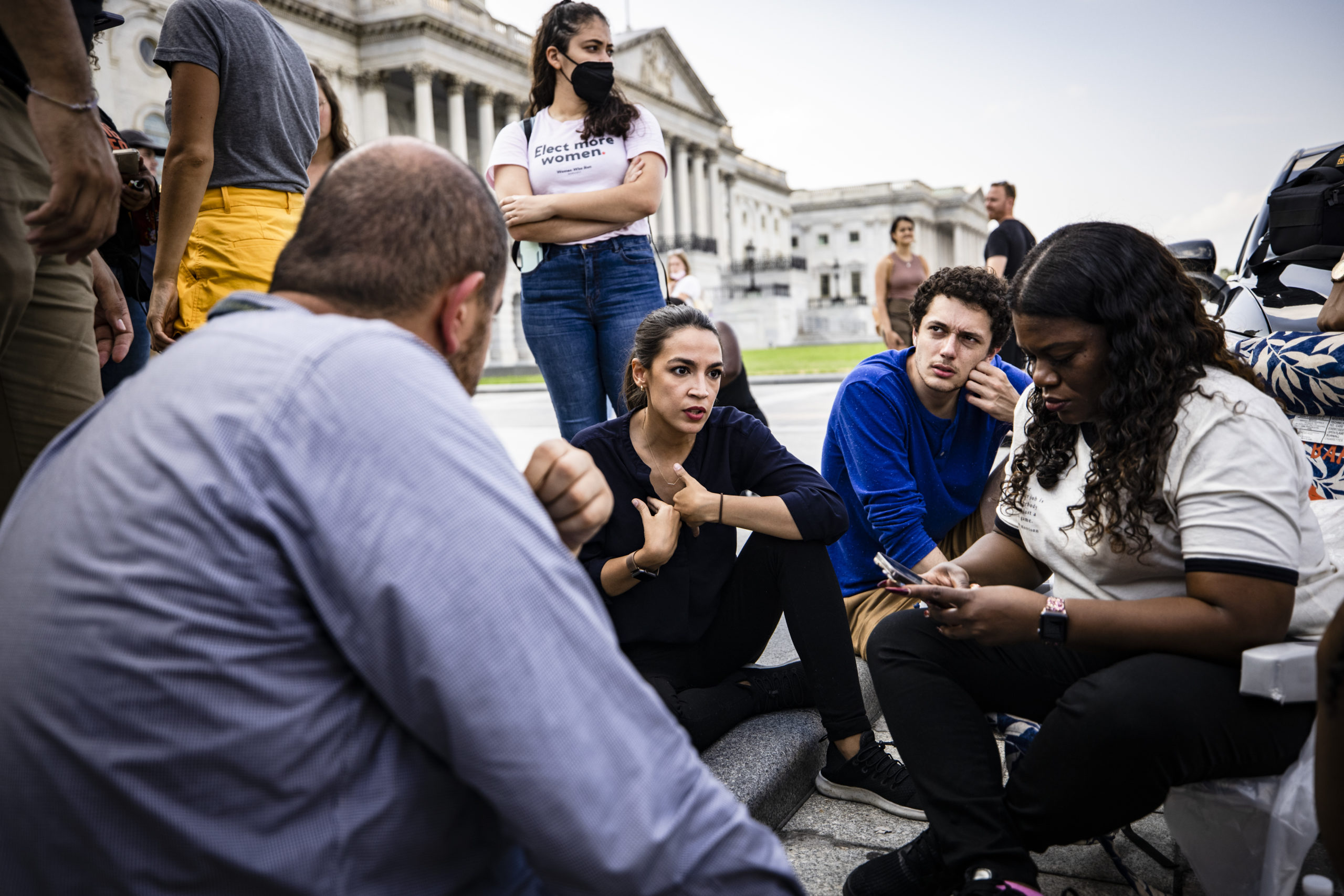 WASHINGTON, DC – AUGUST 01: U.S. Representatives Alexandria Ocasio-Cortez (D-NY) (C) and Cori Bush (D-MO) (R) continue their protest for an extension of the eviction moratorium on the steps to the House of Representatives at the U.S. Capitol Building on August 1, 2021 in Washington, DC. The eviction moratorium, which ended July 31st, helped 2 million people stay in their homes who suffered financial hardships due to the coronavirus (COVID-19) pandemic. Those people are now at risk of losing their homes. (Photo by Samuel Corum/Getty Images)

Sperling said the administration shares the goals of Pelosi and others in Congress, noting that Biden is continuing to press the issue. Members of Congress have complained about the lack of notice given by the Biden administration regarding who could extend the eviction moratorium, though the White House has pushed back on this narrative.

Biden is also calling on states and localities to individually put into place eviction moratoriums for at least two more months, Psaki said in the statement. While some states have expanded these protections, many others haven’t, prompting Biden to also push state and local courts to make “evictions a last … resort.”

Data from the U.S. Census Bureau indicated around 7 million households are behind on rent payments, Fox Business reported.

Psaki said Biden is directing the Treasury Department to make sure the guidance on using emergency housing and giving incentives to landlords is clear.

The president is also directing the White House, Treasury Department and other federal agencies “to continue examining why State and local governments have failed to distribute rental assistance Congress has provided, and explore any authorities the Federal Government has to press the States and localities to make these distributions,” according to Psaki.

“The Administration remains deeply committed to doing everything in its power to keep people safely and securely housed, which is essential to the health, well-being, and dignity of us all,” Psaki added.