Former Gov. Rod Blagojevich has sued the state of Illinois for prohibiting him from running for office, FOX 32 reported Monday.

The Democratic governor of Illinois was impeached in January 2009 for corruption. The Illinois State Senate voted to prohibit him from running for statewide office again mere moments after unanimously convicting him, CNN reported.

“That resolution is the handiwork of a rigged impeachment process engineered by Illinois House Speaker Mike Madigan,” Blagojevich said outside the courthouse on Monday, where he filed his lawsuit against the ban, FOX 32 reported.

“That’s unconstitutional to pass a law against one person that he or she can’t run for anything,” Blagojevich told ABC7. “I could legally run for President of the United States, but I can’t run for alderman of the 33rd Ward.”

He served eight years of a 14-year sentence and was pardoned by former President Donald Trump in 2020.

“Yes, we commuted the sentence of Rod Blagojevich. He served eight years in jail, a long time. He seems like a very nice person, don’t know him,” Trump told reporters at the time. Blagojevich later said he was a “big fan” of Trump, labeling himself a “Trumpocrat.” (RELATED: Here Are The 11 People Who Trump Pardoned Or Granted Clemency To)

Blagojevich also said he will argue that the impeachment proceeding was unconstitutional, as he was not allowed to call and question witnesses, and not all of the FBI‘s undercover recordings were permitted to be played. 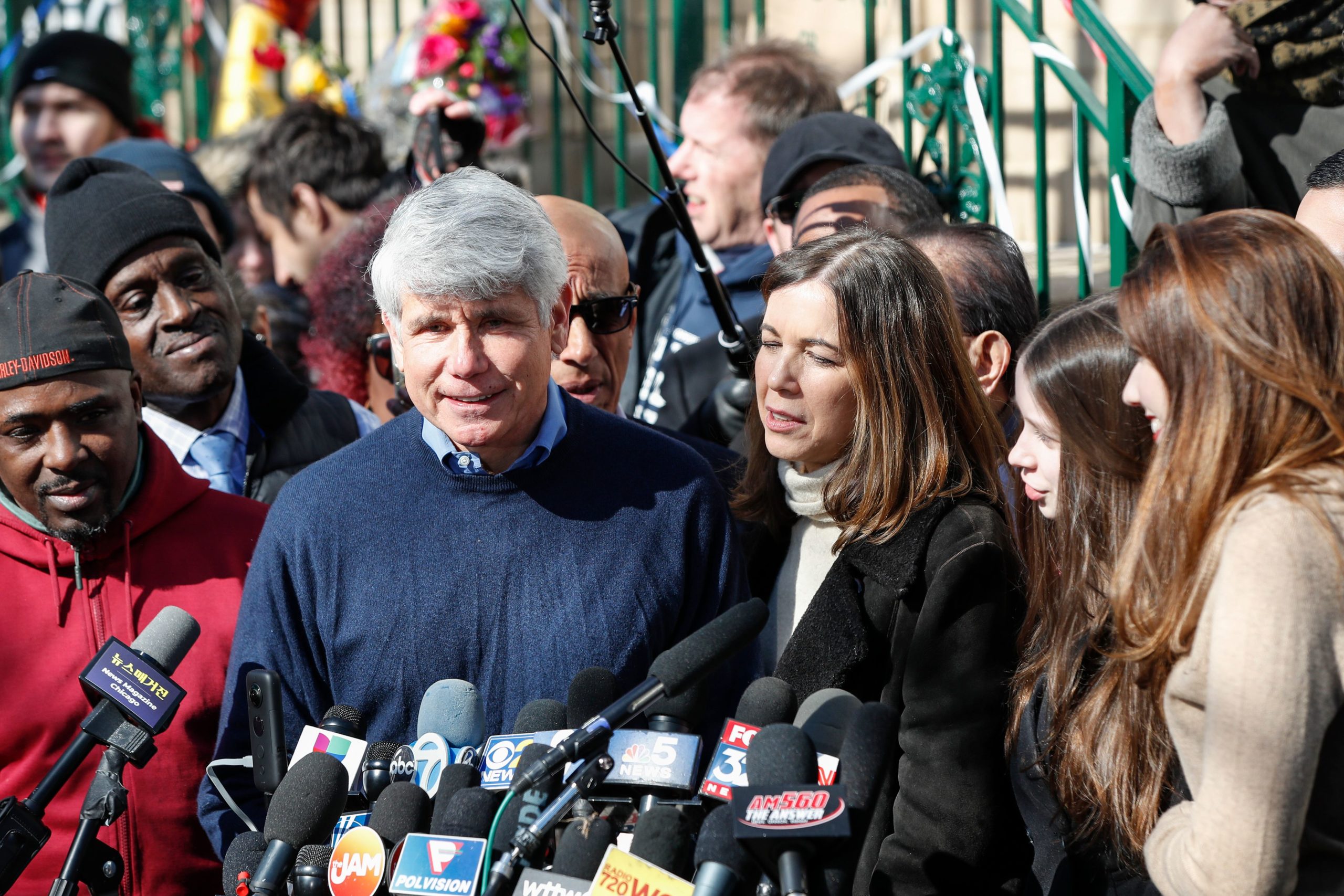 Former Illinois governor Rod Blagojevich (2-L) smiles as he speaks next to his wife Patricia Blagojevich outside of their house on February 19, 2020 in Chicago, Illinois. (Photo by KAMIL KRZACZYNSKI/AFP via Getty Images)

“Now, I’m not saying that I want to run for anything. And there’s a good chance my wife Patty is going to watch this and I want to be clear, sweetheart, I’m not thinking about running for anything in particular,” Blagojevich added. “But I do feel like it’s a violation of not only my right, but the right of the people to elect who they want, to elect, to choose whoever they want to choose. Vote for, vote against whoever they want to vote for or against. It’s a voting rights issue.”

“I think he’s got a very hard argument to make,” legal analyst Gil Soffer, a former assistant U.S. attorney in Chicago, told ABC7. “And the reason is this: impeachment is not like a criminal proceeding. A criminal proceeding clearly under the Constitution has certain constitutional protections.”