The National Institute of Allergy and Infectious Diseases (NIAID), under the leadership of Dr. Anthony Fauci, is granting taxpayer funds for abusive animal experimentation, according to documents unearthed by a government watchdog group.

NIAID directed $424,455 to researchers at the University of Georgia in September 2020 to infect dozens of beagles with disease-causing parasites in order to test an experimental drug on them, according to documents obtained by White Coat Waste Project (WCW) and reviewed by the Daily Caller. According to an NIAID task order form released via a Freedom Of Information Act request, the 28 beagles were to be allowed to develop infections for three months before being euthanized for blood collection.

The dog experiments are set to be completed by January 2022, however, the task order states that the beagles are to be euthanized 196 days after the start of the study. According to emails obtained by WCW, the study began on Nov. 12, 2020, meaning the beagles would have been scheduled to be euthanized in June 2021.

The Daily Caller reached out to both NIAID and the principal investigator involved with the study at the University of Georgia, Dr. Andrew Moorhead, to try and verify whether the beagles were euthanized, but received no response. (RELATED: NIH Spent $140 Million On Animal Testing In Foreign Countries Last Year, Watchdog Group Finds)

The dogs were to be infected with flies that carry a disease-causing parasite that can affect humans. Dr. Anthony Fauci, NIAID and the National Institutes of Health as a whole have been under intense scrutiny in recent months over what types of animal testing should be funded with taxpayer grants in light of questions about gain of function experimentation at the Wuhan Institute of Virology. 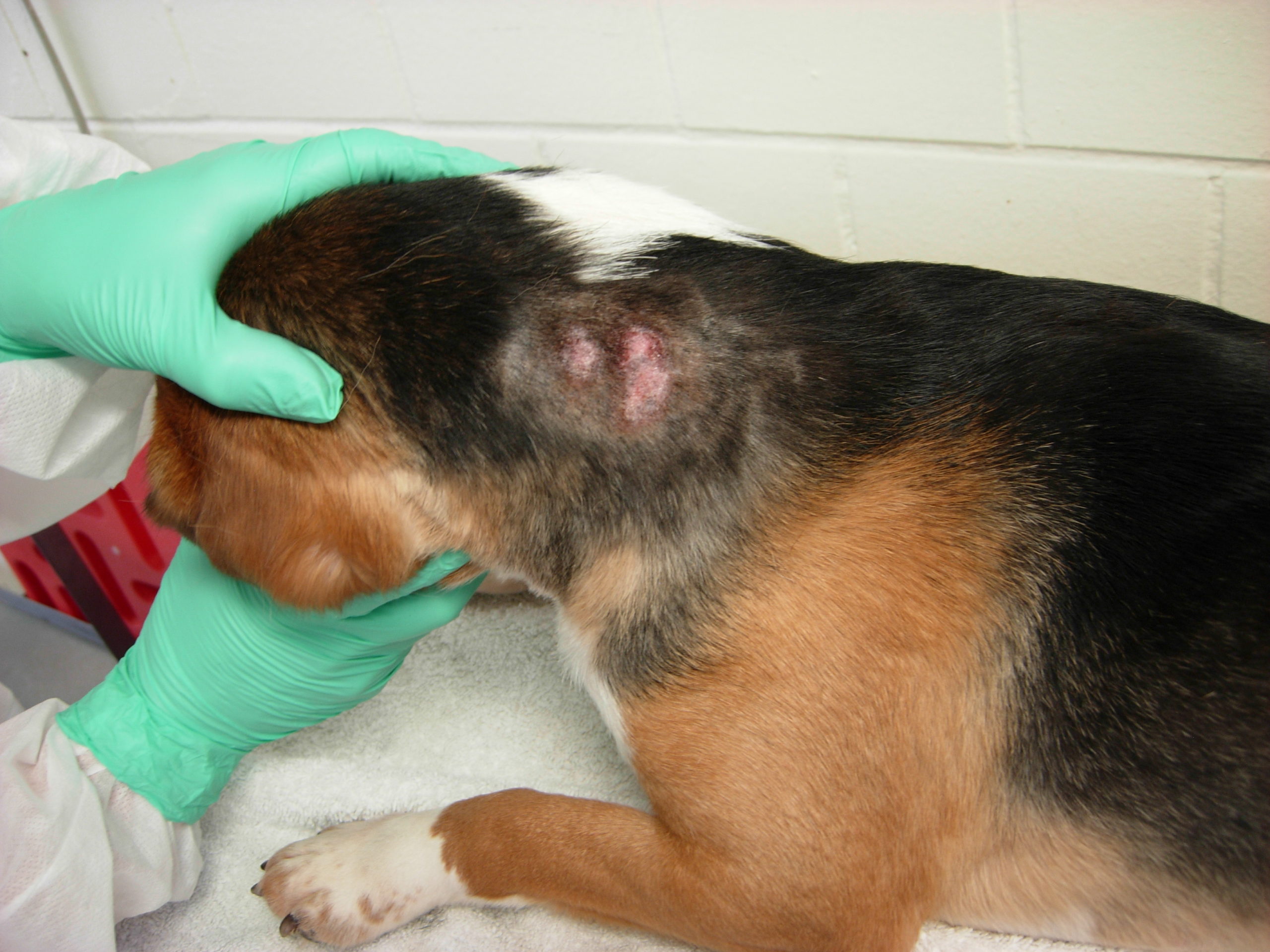 A dog is experimented on at an NIAID lab. (White Coat Waste Project)

“It’s not just Wuhan,” WCW vice president of advocacy and public policy Justin Goodman told the Daily Caller. “Fauci’s budget has ballooned to over $6 billion in taxpayer funding annually, at least half of which is being wasted on more questionable animal experimentation like these deadly and unnecessary beagle tests and other maximum pain experiments.”

Monthly reports uncovered by WCW state that the dogs at the University of Georgia were “vocalizing in pain” after being injected with experimental compounds. Given that the experimental drug in question, LFGuard, has already been extensively tested on other animals, the Daily Caller inquired with NIAID and Moorhead about the utility of the experiment, but did not receive an answer.

“Fauci needs to be held accountable for this staggering waste and abuse overseas and right here at home. Taxpayers shouldn’t be forced to pay,” Goodman added. (RELATED: New Alzheimer’s Drug Approved By FDA In Spite Of Employees Claiming There Was Insufficient Evidence, Memos Show)

Members of Congress earlier this year called for increased transparency on Food and Drug Administration (FDA) animal testing after WCW revealed that around 20,000 dogs per year are used in FDA experiments, many of which scientists say are unnecessary and harmful to the animals involved.