The Infrastructure Investment and Jobs Act tallies 2,702 pages, and was described by lead negotiator Democratic Arizona Sen. Kyrsten Sinema as a “historic investment in infrastructure.” The package includes $550 billion in new spending, with the rest redirecting spending that was already authorized by Congress.

The bill cleared a filibuster July 28, before it had been formally introduced, with 17 Republicans joining all 50 Democrats in voting in favor of beginning debate. However, the Infrastructure Investment and Jobs Act still has a long way to go to become law. Left-wing Democrats in the House of Representatives, supported by Speaker of the House Nancy Pelosi, are threatening to tank the agreement if Senate Democrats do not pass a $3.5 trillion reconciliation package.

Here’s what’s in the $1.2 trillion Infrastructure Investment and Jobs Act:

Amtrak will receive $32 billion for operations between the years 2022-2026, and $58 billion total. The state-owned corporation is a favorite of President Joe Biden, who was nicknamed “Amtrak Joe” for his habit of riding the train to work every day from his home in Wilmington, Delaware, when he was a senator. Biden’s son Hunter Biden was appointed to the Amtrak Board of Directors in 2006, with Joe Biden’s fellow Democratic Delaware Sen. Tom Carper describing Hunter’s main qualification as “using Amtrak to commute to his job in Washington, D.C.” 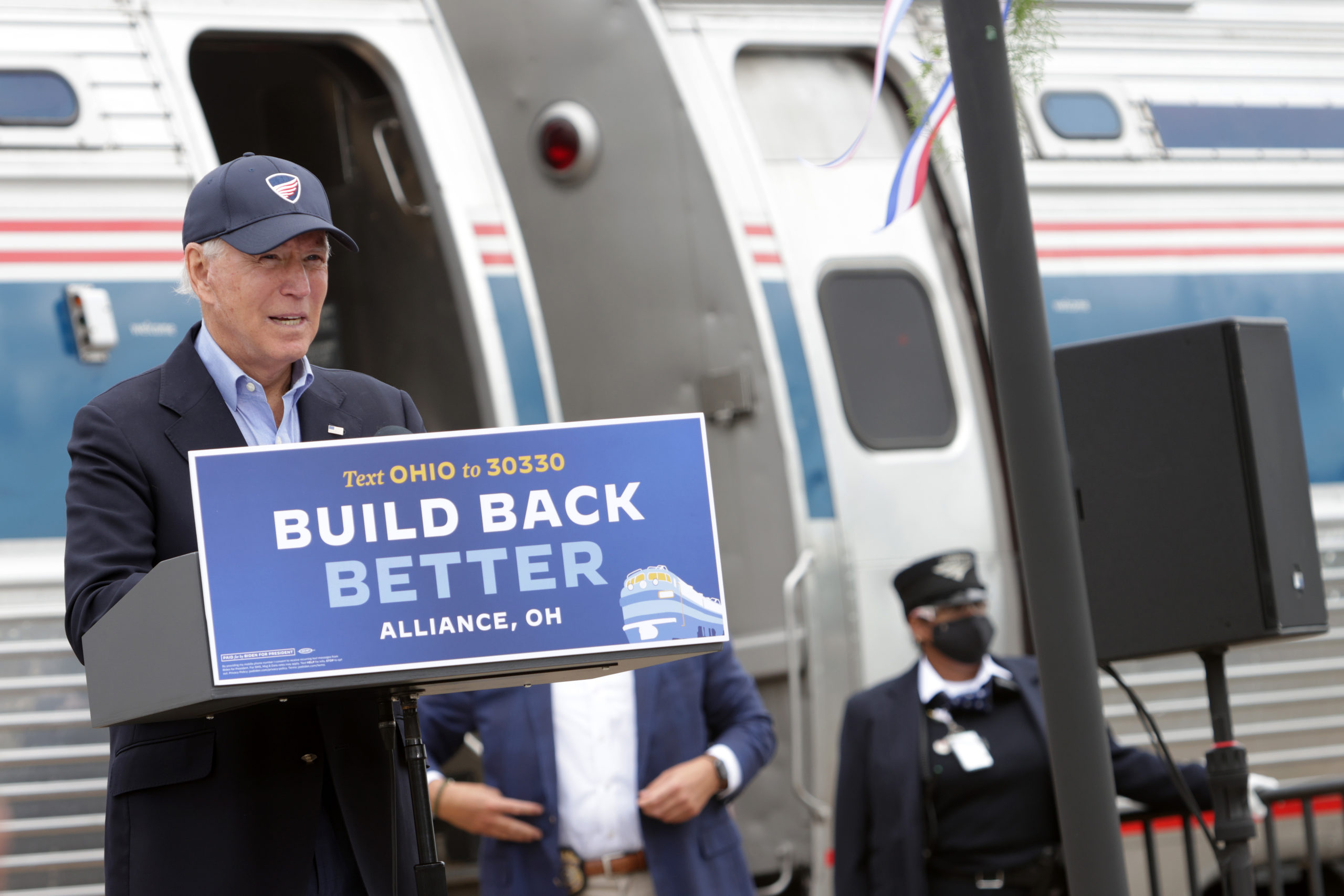 Amtrak received $1.7 billion from the ARP, which passed in March. Before the bailout money, it was $1.6 billion in debt.

Although no money is attached to this provision, the Infrastructure Investment and Jobs Act requires the secretary of transportation to issue a standard “that requires passenger motor vehicles manufactured after the effective date of such standard to be equipped with advanced drunk driving prevention technology.”

All new cars will have to be equipped with a breathalyzer, h/t @creek_ghost pic.twitter.com/0thSmSE0qF

The secretary of transportation will be required to “work directly with manufacturers of passenger motor vehicles, suppliers, safety advocates, and other interested parties” to develop the monitors. They could include sensors to monitor in-car air and driving patterns, and cameras to check for facial cues, according to NBC News.

American trucking companies are plagued by driver shortages. Up to 25% of tank trucks did not have drivers in May, helping feed gas price increases, Fox News reported at the time.

This provision would allow the secretary of transportation to “establish a pilot program to demonstrate a national motor vehicle per-mile user fee.” The Department of Transportation would recruit volunteers for the pilot program, with a focus on geographic and racial equity. The revenue from the tax would go into the Highway Trust Fund, which is currently financed by federal gas taxes but facing insolvency.

Secretary of Transportation Pete Buttigieg floated a miles-driven tax in a March appearance on CNBC. He later told CNN’s Jake Tapper that the tax was “not part of the conversation” surrounding the infrastructure package, since the Biden administration would not increase taxes on people making less than $400,000 a year.

The bill allocates up to $1 billion for highway tear-downs, an equity provision for which Biden originally requested $20 billion. Urban planners and transportation experts argue that removing and relaying 50-60- year-old highways will benefit inner city economies, while activists claim that tear-downs will benefit underprivileged minority groups that were harmed by the original construction. (RELATED: Democrats Want To Tear Down Highways… To Solve Historic Racism?)

Key senators who negotiated the agreement will receive billions of dollars for their states. The Department of Transportation will fund “necessary reconstruction” of the Alaska Highway, a 1,387 mile-long road first built in World War II. The legislation provides for “an applicable competitive grant program.” Republican Alaska Sen. Lisa Murkowski was part of the bipartisan group that negotiated the package.

The bill allocates $1 billion to the Appalachian Regional Commission (ARC), an independent federal agency that operates in West Virginia, Ohio, Kentucky and ten other states. The ARC describes its mission as “innovat[ing], partner[ing], and invest[ing] to build community capacity and strengthen economic growth in Appalachia.”