Republican staffers on the Senate Judiciary Committee first learned of racism charges concerning President Joe Biden’s anti-gun nominee to lead the Bureau of Alcohol, Tobacco and Firearms nearly two months before GOP lawmakers on the committee took any action on the allegation.

Records reviewed by the Daily Caller News Foundation show that Republican staffers were provided contact information on June 10 for the former ATF agent who allegedly reported the nominee, David Chipman, around 2007 for suggesting black agents “must have been cheating” on a promotional assessment because an “unusually large number” had passed the exam. Chipman was an ATF manager at the time he allegedly made the comment.

The Republican staffers were informed in mid-June that the former ATF agent was willing to talk with the committee about the incident, communications reviewed by the DCNF show, but one of the staffers said their hands were tied and that the committee couldn’t reach out to the former agent to corroborate the allegation on their own due to “optics.”

GOP members of the Judiciary Committee didn’t take any action on the allegation until late July, following reports by the DCNF and The Reload quoting former and current ATF agents who said they had heard about Chipman’s alleged comments around the time of the incident. (RELATED: ‘They Must Have Been Cheating’: Watchdog Group Sues For Records Relating To Derogatory Comments Biden’s ATF Pick Allegedly Made Against Black Agents)

A former ATF agent told the DCNF on June 22 that Chipman’s alleged comments “spread like wildfire at the agency” at the time.

“He made this remark in front of a bunch of witnesses,” the former ATF agent said. “It got tremendous blowback, as it should. Here you have a middle manager saying something like that with absolutely no proof.”

A spokesman for Sen. Chuck Grassley of Iowa, the ranking member of the Judiciary committee, confirmed in a statement that committee staff first learned of the racism allegation by a third party.

“A single, initial allegation was relayed by a third party to committee staff and the Ranking Member’s office quickly moved to seek a new hearing and additional details once that single allegation was corroborated by additional reporting and sources this past week,” Grassley spokesman George Hartmann told the DCNF. “Committee Republicans are not keen to repeat their Democrat colleagues’ shameful practice of relying on uncorroborated allegations.”

Hartmann did not address why committee staffers didn’t take action back in mid-June when first informed of the allegation.

Democratic members of the Judiciary Committee recently revived the Kavanaugh sex abuse allegations. Sens. Sheldon Whitehouse and Chris Coons sent a letter to the FBI in late June demanding why the FBI only deemed a handful of the 4,500 tips it had received in the matter to be “relevant” for review by former President Donald Trump’s administration. 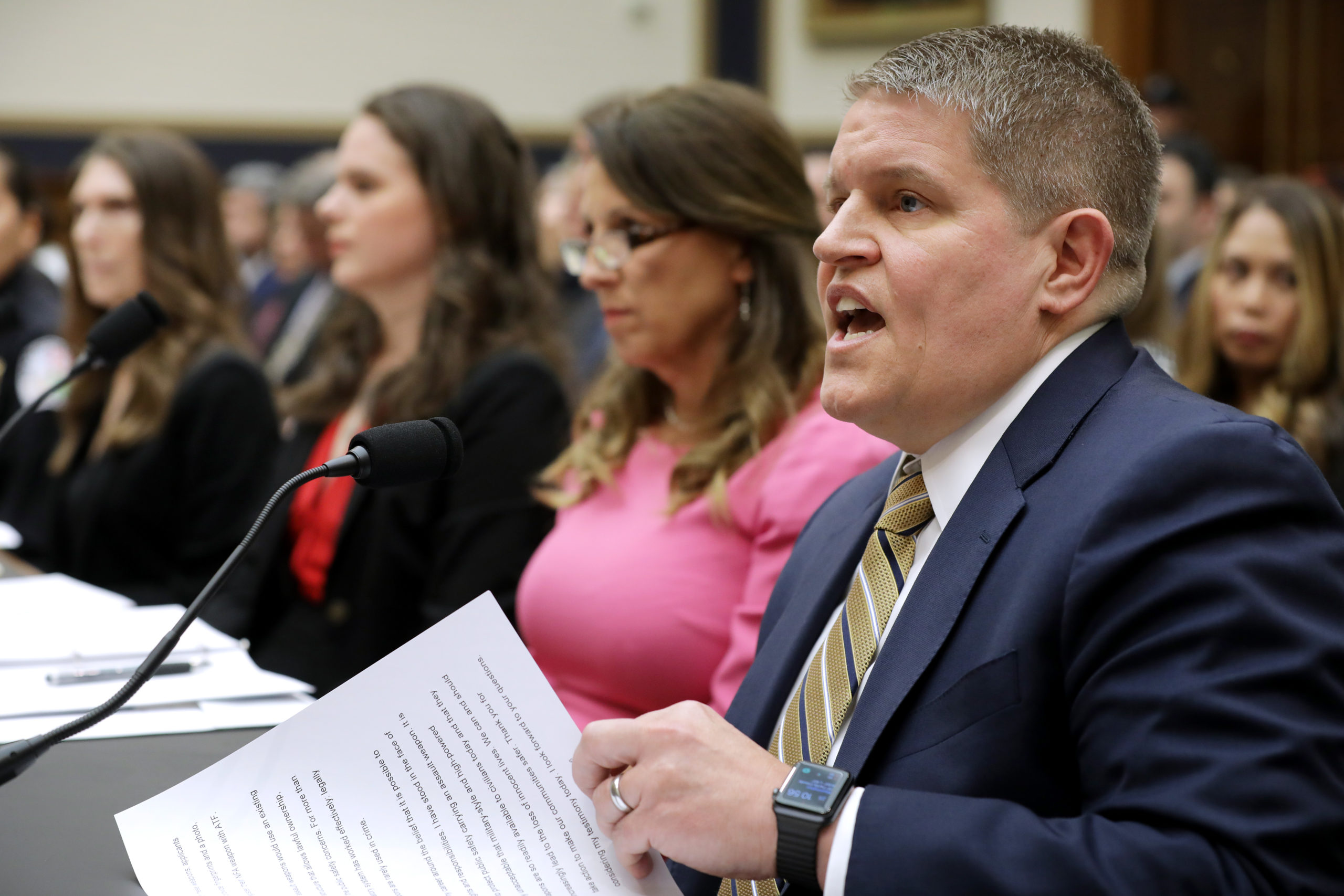 Every Republican member of the Senate Judiciary Committee signed a letter on July 29 to committee chairman Sen. Dick Durbin of Illinois demanding a new hearing for Chipman to address the racism charges. The senators said in the letter they had “recently received news reports” about the allegation, but the letter did not disclose that committee staffers were informed of the allegation before the press covered the story.

Durbin rejected the Republican request for a new Chipman hearing in a letter Monday, saying the request was “just the latest in a string of efforts meant to unfairly derail Mr. Chipman’s nomination and tarnish his record and reputation.”

Durbin said in his letter that there was no evidence to support the racism allegation.

Durbin added that Chipman told Sen. Ted Cruz in writing that he had received two Equal Employment Opportunity complaints during his time as a manager at the ATF, both of which Chipman said were resolved without any finding of discrimination.

However, Chipman did not answer Cruz when asked if he would be willing to provide his ATF personnel file to the Judiciary Committee for review.

The American Accountability Foundation, a conservative watchdog group, filed a Freedom of Information Act lawsuit in late June for records related to Chipman’s disciplinary records during his 25-year tenure with the agency. AAF President Tom Jones previously told the DCNF that the lawsuit could produce records related to Chipman’s allegedly racist comments in 2007 about black ATF agents performing too well on a selection exam.

Durbin’s office did not return a request for comment.

Chipman faces long odds even if the full Senate considers his nomination. He would likely need to win the support of the entire Democratic caucus, plus a tie-breaking vote from Vice President Kamala Harris as he is unlikely to garner any Republican support due to his anti-gun advocacy. (RELATED: ‘Like Tiger King’: Biden’s ATF Pick Mocked First-Time Gun Buyers In An Interview Last Year)

A group of seven former ATF agents with a combined 185 years of experience at the agency wrote a letter to Durbin and Grassley on Tuesday urging them to vote against Chipman’s nomination.

“David’s strong personal beliefs on firearms issues will create serious and long-lasting problems for the Bureau and the effective execution of its law enforcement mission,” the former ATF agents wrote in their letter, which was first reported by The Reload. “Unfortunately, if David were confirmed, ATF partners would see someone who is coming to the agency with his top priority being to implement a divisive gun control agenda. The suspicion and hostility his leadership will bring will destroy those partnerships, and the prosecution of gun crimes and other violent crimes, will suffer.”