Republicans on the Senate Banking Committee urged President Joe Biden to withdraw two nominees for high-level Housing Department positions who have advocated for defunding the police in a letter Tuesday.

The 12 Republicans led by Ranking Member Pat Toomey asked the president to remove two nominees being considered by the Banking Committee who they said have a track record of disparaging law enforcement, according to the letter sent to the White House.

Biden had nominated Solomon Greene and Julia Gordon for positions in the Department of Housing and Urban Development (HUD). Both Greene and Gordon have made statements that call into question their fitness to serve, the lawmakers said.

“If your administration is truly serious about distancing itself from radical anti-police movements championed by far-left activists … you should strongly consider withdrawing any of your pending nominees who have advocated for defunding the police or endorsed other policies that would gravely jeopardize the health and safety of law enforcement officials or the communities they serve,” the senators wrote to Biden. (RELATED: EXCLUSIVE: Biden Nominee’s Deleted Tweets ‘Raise Serious Concerns’ About Fitness To Serve, GOP Senator Says) 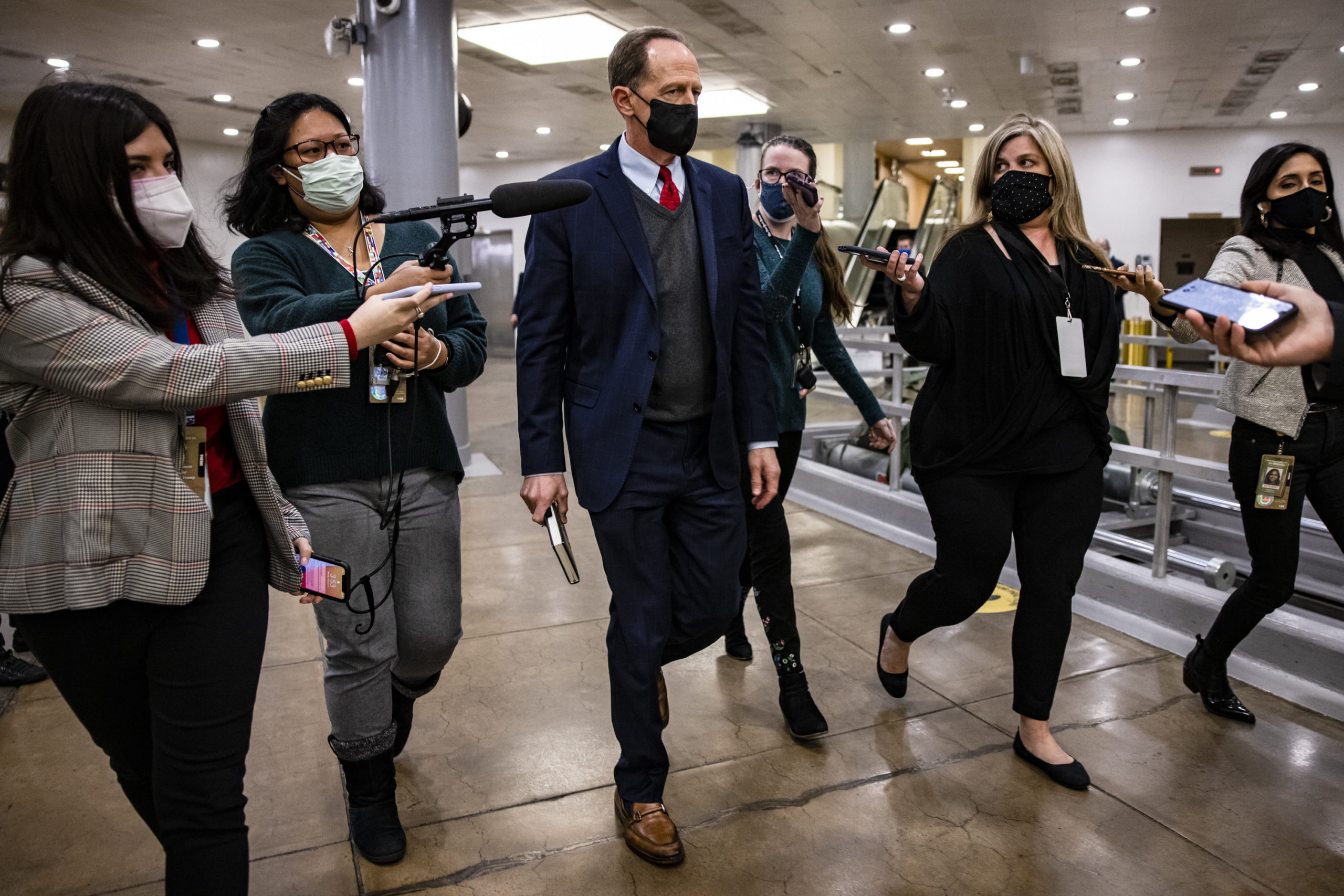 Greene deleted tweets advocating for defunding the police and praising organizations that have advocated against law enforcement, according to the GOP senators. The nominee for HUD assistant secretary for policy development and research has particularly attacked law enforcement agencies who serve in public housing.

Gordon also used Twitter to share anti-police comments. She retweeted a June 2020 thread from National Community Stabilization Trust (NCST), an organization she leads, that advocated for dismantling the “four hundred years of personal and structural racism” in the U.S.

Toomey asked Gordon to help the committee recover her deleted tweets in a letter obtained by the Daily Caller News Foundation last month.

The NCST published a letter written by Gordon last year in which she blamed the “horrors of police violence” on “biased systems that require structural change.”

“Mr. Greene and Ms. Gordon’s statements disparaging police officers and advocating for defunding the police are deeply disappointing and call into question their fitness to serve in senior positions in the federal government,” the Banking Committee senators wrote in their Wednesday letter.