Members of the Senate Intelligence Committee called out the growing national security threat posed by China and its ruling Chinese Communist Party (CCP) during a rare open hearing Wednesday afternoon.

“The Intelligence Committee … doesn’t normally hold open hearings, but Vice Chairman Rubio and I believe this story needs to get out to the American public,” Warner stated in his opening remarks during the committee hearing.

“Members of this committee, because of the role they play, have a very unique insight into this horror show that is playing out in the 21st century,” Rubio added. “The long arm of China is not some futuristic threat, it’s already here.”

Tensions between the U.S. and China have been increasing in recent years, with both former President Donald Trump and President Joe Biden taking action to confront China across multiple fronts, especially on technology and trade issues.

The Trump administration took steps to limit Chinese tech companies such as Huawei and ZTE from doing business in the U.S. due to national security concerns. The former administration also closed the Chinese Consulate in Houston last year following reports of espionage and intellectual property theft.

The Biden administration has called out Beijing for its alleged role in major ransomware attacks targeting U.S. companies. The administration said last month it is confident a cyberattack against Microsoft Exchange’s email service in March was the result of “malicious cyber actors” associated with China’s state security ministry. (RELATED: Cyber Attacks Are Most Likely Way To Get US Into ‘Real Shooting War,’ Biden Says)

The U.S. has also expressed concerns under both the Trump and Biden administrations about the Chinese government’s efforts to undermine democracy in Hong Kong along with its treatment of Uyghur Muslims and other minorities in Xinjiang. 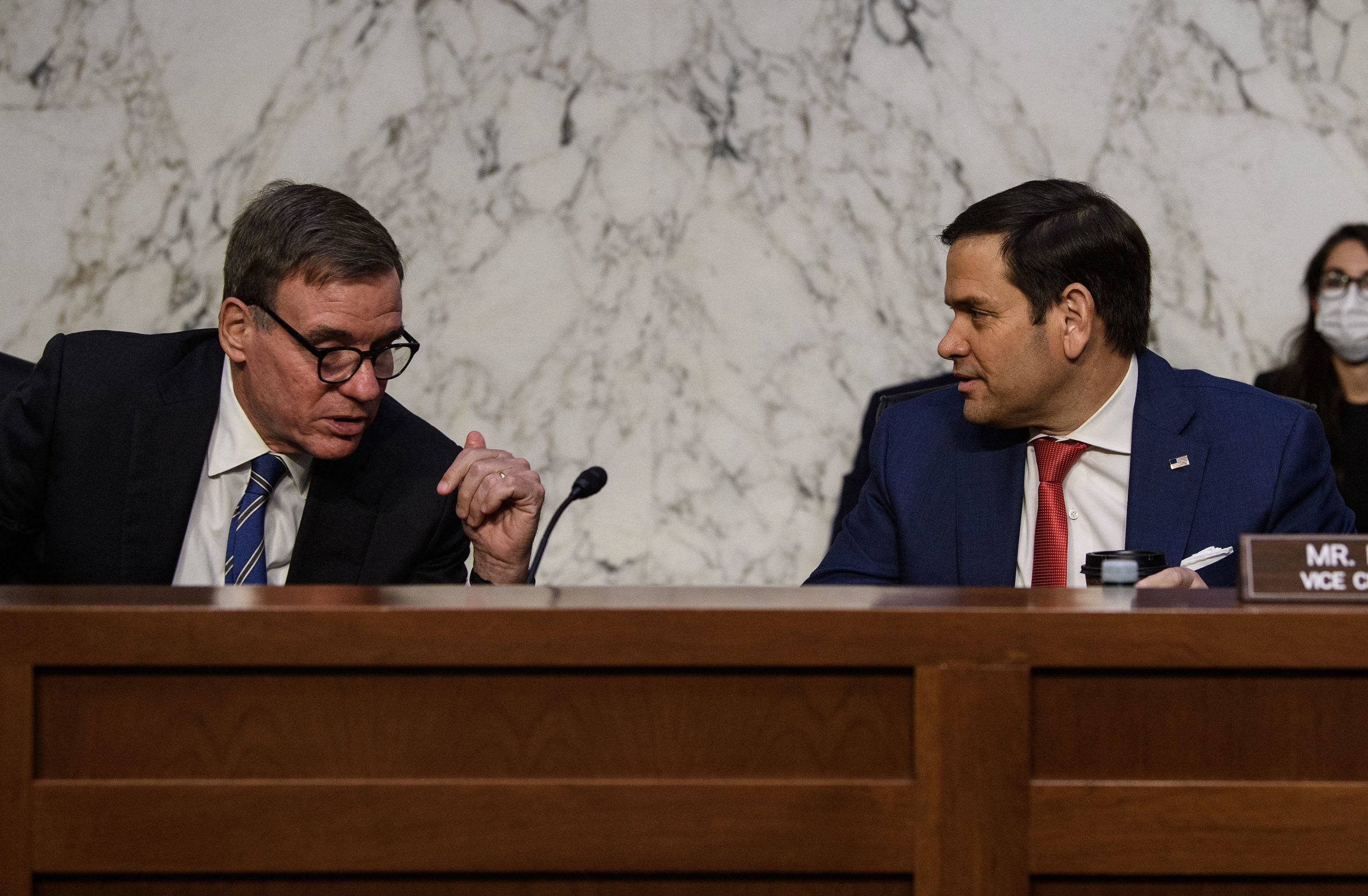 William Evanina, the former director of the National Counterintelligence and Security Center, raised concerns about intellectual property theft during Wednesday’s hearing. He testified that the CCP was responsible for between $300 billion and $600 billion worth of stolen U.S. intellectual property and trade secrets in 2020 alone.

Evanina also called China “an existential threat” and argued the growing national security challenge posed by Beijing is “the most complex, pernicious, aggressive and strategic threat our nation has ever faced.”

Rubio lamented in his opening remarks that China “already has tremendous influence and control” in the U.S. because companies, Hollywood studios and organizations like the NBA “are so desperate to have access to the Chinese market” that they’ll silence people for saying something China doesn’t like. (RELATED: Lawmakers Accuse NBA Players Of ‘Profiting Off Slave Labor’ Through Chinese Sponsorship Deals)

“If we don’t wake up, and we don’t address this now, the America our children are going to inherit very soon could very well be one where the sanctimonious preachings of a genocidal communist tyranny will be the only thing that Americans will be allowed to hear or say about China,” Rubio said.