Riders competing at the Tokyo Olympics say a life-size statue of a sumo wrestler might have spooked their horses during Tuesday night’s qualifier, the Associated Press reported.

The statue sits next to the 10th obstacle of the 14-jump course, hunched over as if prepared to launch an offense. “It is very realistic,” Israeli rider Teddy Vlock told the AP.

A number of horses pulled up short of the obstacle, leading to penalty points that prevented some from qualifying for Wednesday night’s individual jumping final.

Because the wrestler is facing away from the riders as they approach the barrier, the first thing the horses see after the sharp turn is the wedgie formed by the wrestler’s mawashi, the AP reported.

“As you come around, you see a big guy’s ass,” Britain’s Harry Charles told the AP. “I did notice four or five horses really taking a spook to that.”

While the AP’s news article referred to “a big guy’s (butt),” Jake Seiner, the author of the story, tweeted the actual word used. 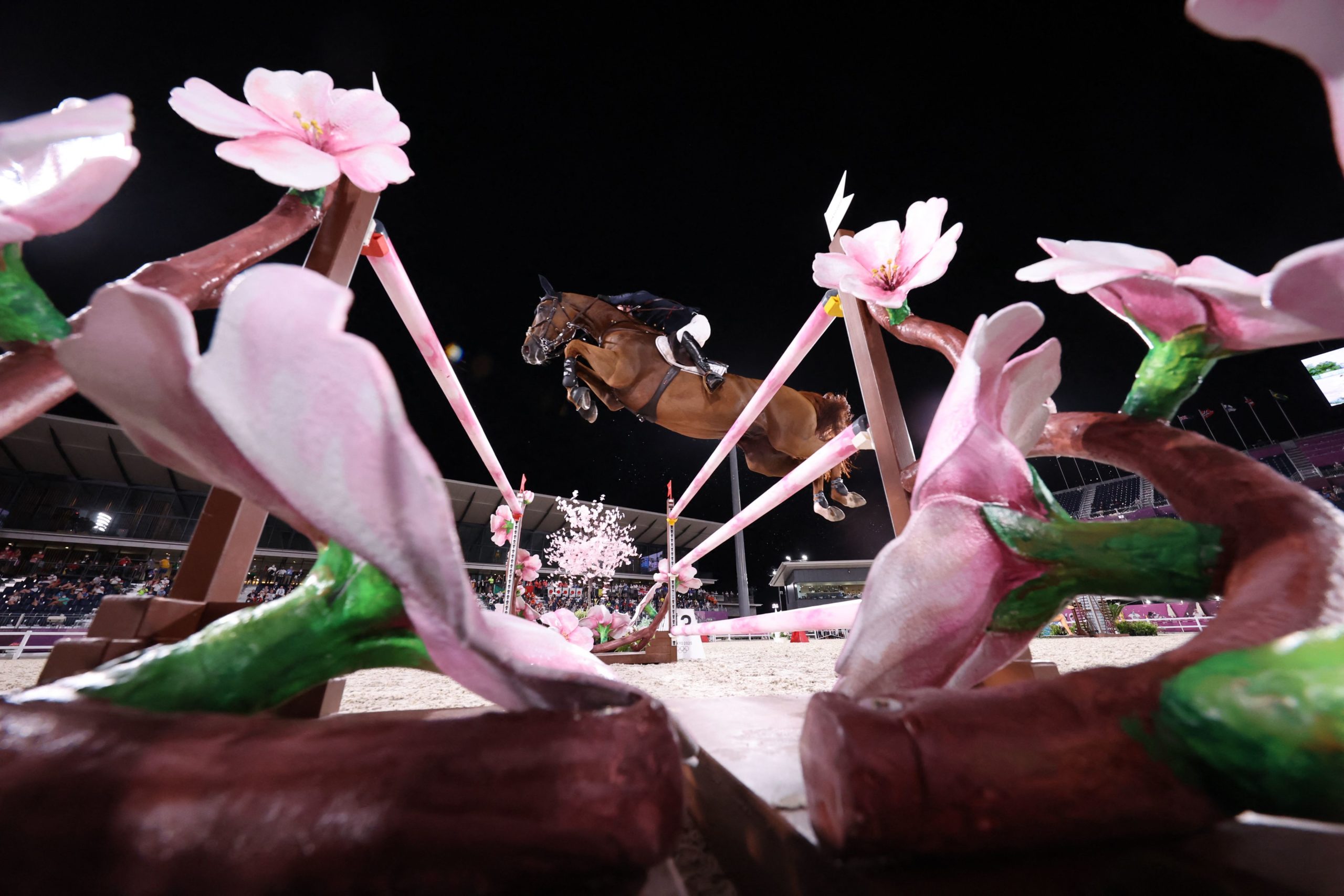 France’s Penelope Leprevost, a rider whose horse grew alarmed at the 10th obstacle, told the AP she wasn’t sure if the sumo wrestler was what threw her steed off. Vlock ended up placing 34th out of 73 competitors.

“It is very realistic,” Vlock said. “It does look like a person, and that’s a little spooky. You know, horses don’t want to see a guy, like, looking intense next to a jump, looking like he’s ready to fight you.”

Some riders attributed the scares their horses experienced to how close the jump was to the turn, while others, such as Scott Brash of Britain and Martin Fuchs of Switzerland, believe the cherry blossoms located on the other side of the barrier were responsible.

Beyond the sumo wrestler, the course includes geisha kimonos, a miniature Japanese palace, and taiko drums, creating a flashy scene that’s common for the Olympics, the AP reported. (RELATED: ‘God Is Their Judge’: Russia Responds To Implications From American Athlete That Their Gold Medalist Is Doping)