The U.S. offered itself up as a temporary “safe haven” Thursday to thousands of Hong Kong residents in response to China’s crackdown on the territory’s democracy.

President Joe Biden directed the State and Homeland Security Departments to give Hong Kong residents currently in the U.S. a “deferral of removal” for the next 18 months.

“Over the last year, the PRC has continued its assault on Hong Kong’s autonomy, undermining its remaining democratic processes and institutions, imposing limits on academic freedom, and cracking down on freedom of the press,” Biden said in the memorandum Thursday.

Pro-democracy protests broke out in Hong Kong in 2019, leading Beijing to tighten its grip on the territory and arrest those in opposition to Chinese authority. The vast majority of Hong Kongers in the U.S. are likely to be eligible under the terms of the memorandum, a senior administration official reportedly told Reuters. 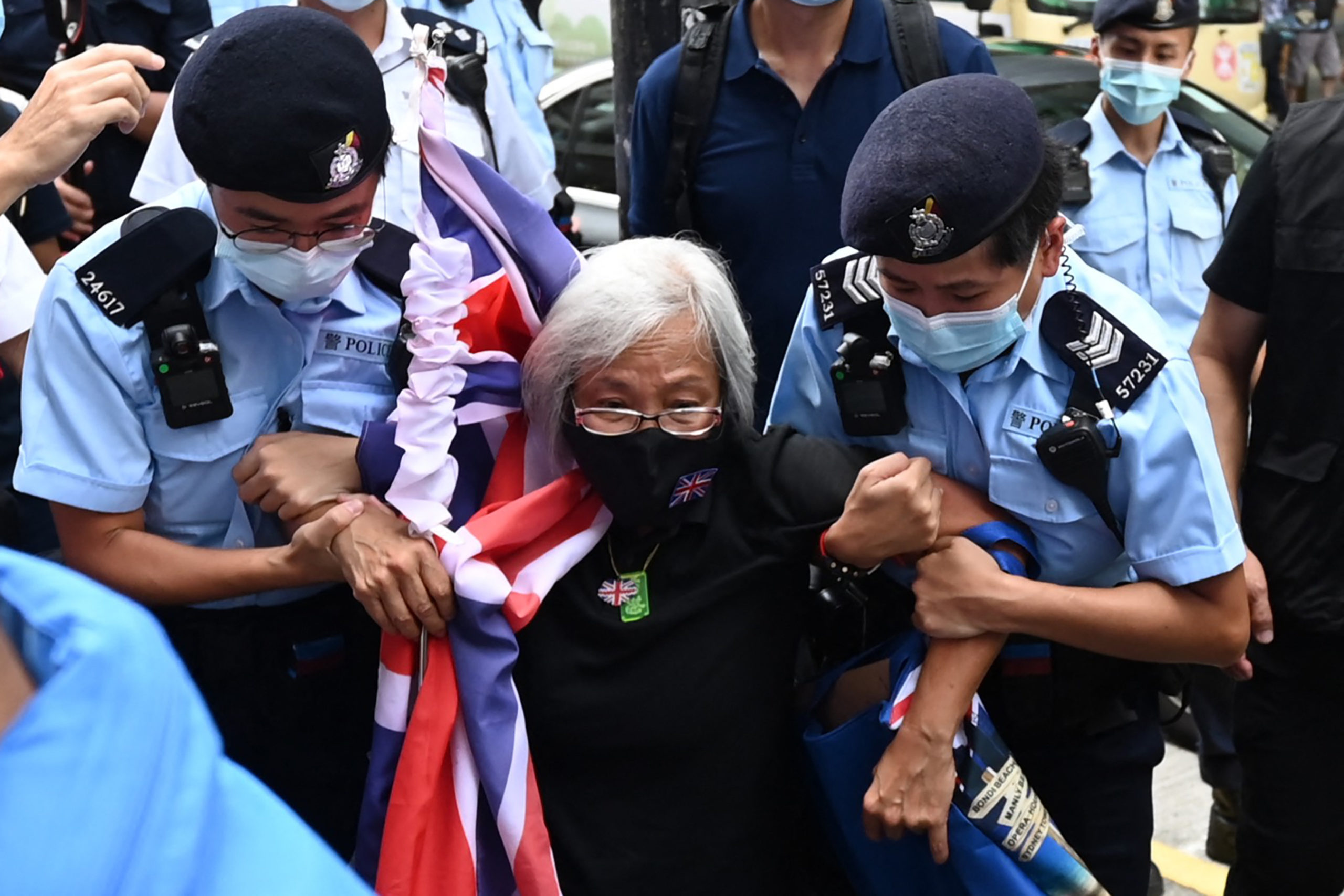 Activist Alexandra Wong (C), also known as Grandma Wong, is taken away by police while protesting on the 24th anniversary of Hong Kong’s handover from Britain, in Hong Kong on July 1, 2021. (Photo by PETER PARKS/AFP via Getty Images)

Biden cited “compelling foreign policy reasons” for the decision, adding the move “furthers United States interests in the region. The United States will not waver in our support of people in Hong Kong.”

Secretary of State Antony Blinken said the Chinese government had “fundamentally altered the bedrock of Hong Kong’s institutions” and that Thursday’s actions deliver “a clear message that the United States resolutely stands with people in Hong Kong.”

The U.S. previously imposed sanctions on a number of Chinese officials in July due to the crackdown on Hong Kong, with Biden warning domestic companies about doing business in a “deteriorating” territory. (RELATED: Hong Kong Pro-Democracy Protestor Sentenced To 9 Years In First Trial Under The National Security Law)

China retaliated with its own sanctions against U.S. officials in July. “Any attempt by external forces to interfere in Hong Kong’s affairs would be as futile as an ant trying to shake a big tree,” Chinese Foreign Ministry spokesperson Zhao Lijian said in a statement at the time.

“Today’s move is a solid step, but we need to go further. We need to offer full asylum to Hong Kongers who flee Chairman Xi’s brutal oppression,” Sen. Ben Sasse of Nebraska said in a statement. “America needs to stand firmly behind victims of communism and show the world that we will always stand for freedom across the globe.”