Texas Gov. Greg Abbott announced that he would convene a second special legislative session in a bid to pass Republicans’ election reform bill after Democrats fled the state to prevent its passage.

Though expected, the session is kicking off Saturday, nearly a month before it was originally planned to begin. It comes almost a month after over 50 Democrats in the state legislature fled to Washington, D.C., in order to prevent a quorum and block Republicans from passing the state’s election reform bill as a result.

“The Texas Legislature achieved a great deal during the 87th Legislative Session, and they have a responsibility to finish the work that was started,” Abbott said in a statement Thursday. “”I will continue to call special session after special session to reform our broken bail system, uphold election integrity, and pass other important items that Texans demand and deserve.”

Democrats’ exodus from the Capitol was the second time they left before the bill’s scheduled vote. In May, they quietly left the building just before the regular legislative session expired, temporarily tanking the bill. Abbott responded by immediately announcing a special session and cutting lawmakers’ pay. (RELATED: Texas Kicks Off Special Legislative Session – Here’s What It’s Trying To Get Passed) 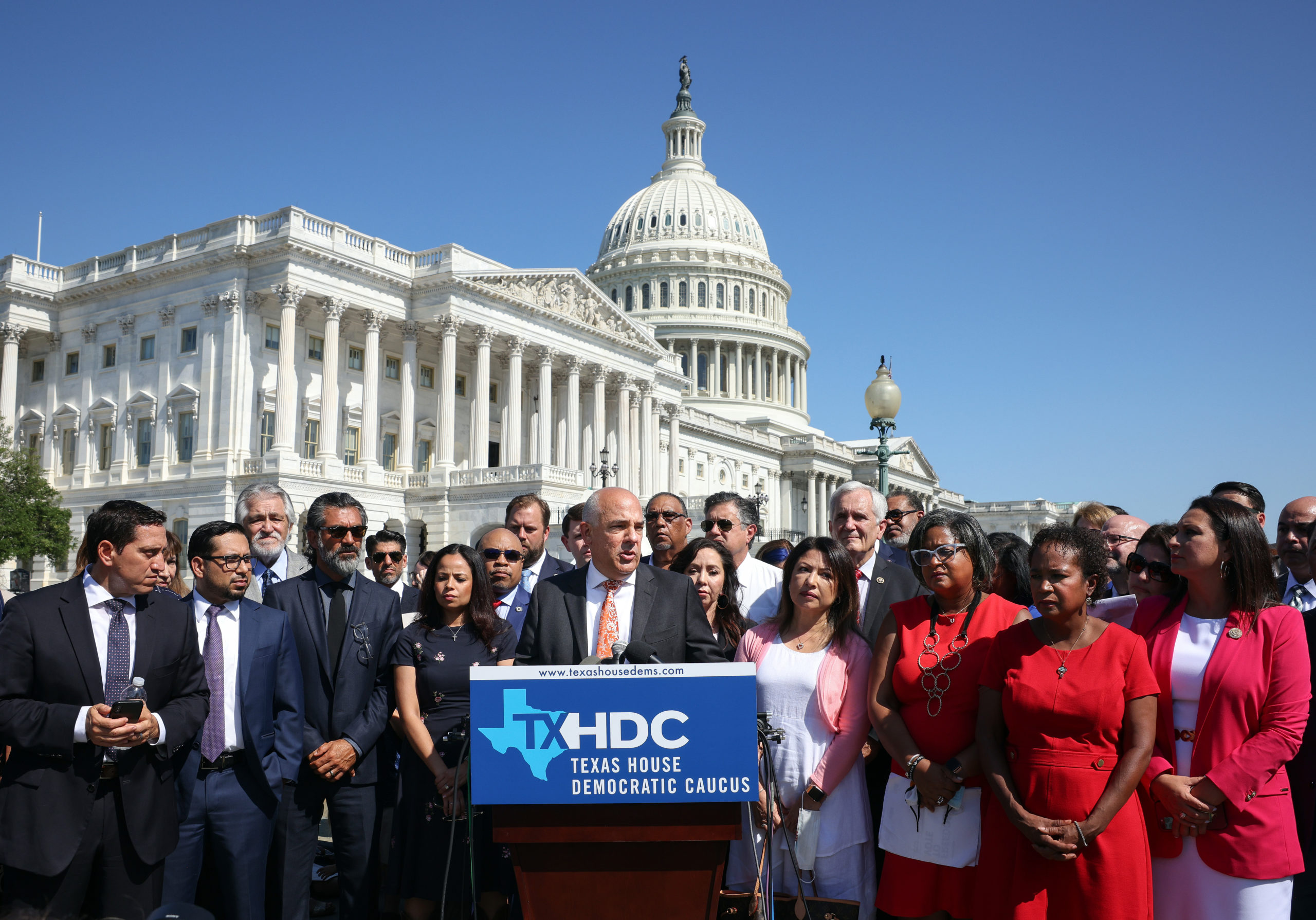 Texas state House Democrats speak outside the U.S. Capitol on July 13 after more than sixty of them fled their home state overnight. (Kevin Dietsch/Getty Images)

The bills, House Bill 3 and Senate Bill 1, are similar to Senate Bill 7, the original legislation Texas Republicans sought to pass in May.

That bill added ID requirements to mail-in voting and completely scrapped drive-thru voting, which big cities adopted amid the coronavirus pandemic. But Senate Bill 7 also restricted early voting on Sundays and included a provision that allows for elections to be overturned if there were allegations of fraud, two provisions which were scrapped from the most recent bills.

While in D.C. the Texas Democrats urged Congress to pass the For the People Act, Democrats’ sweeping voting bill that would overhaul elections nationwide, adopt widespread mail-in voting, legalize ballot harvesting, ban partisan gerrymandering and more. That bill, however, faces unified Republican opposition, and already fell to a filibuster in June.