Members of the nation’s largest LGBTQ rights advocacy group are reportedly calling for their president to resign after an investigation found that he helped Andrew Cuomo discredit one of the New York governor’s accusers.

The Huffington Post obtained a recording of a Human Rights Campaign all-staff meeting that took place Wednesday in which employees reportedly criticized HRC President Alphonso David for several hours and repeatedly called on him to resign.

David, who served as part of Cuomo’s council from 2015 to 2019, reportedly told employees that he “knew nothing” and “saw nothing,” adding that “No one ever disclosed allegations of harassment with me, either during or after I worked in state service.”

“Alphonso, we will band together and take this to the board to request your resignation,” another employee reportedly said. “Are you willing to take down our org with you?”

What Did The Report Find?

David publicly called on Cuomo to resign in a Tuesday evening tweet after Attorney General Letitia James announced the investigation found that the governor had “sexually harassed a number of State employees through unwelcome and unwanted touching, as well as by making numerous offensive and sexually suggestive comments” and that this conduct “was part of a pattern of behavior that extended to his interactions with others outside of State government.”

Cuomo denied Tuesday that he ever inappropriately touched anyone, and said that those attacking him are discrediting “legitimate” victims of harassment.

After reading the AG’s devastating report that concluded Gov. Cuomo engaged in a pattern of sexual harassment, in violation of both federal and state law, he should resign.

A report on the investigation implicates David in Cuomo’s efforts to discredit accuser Lindsey Boylan, who accused the governor of sexual harassment of kissing her on the lips, and asking her to play strip poker.

David reportedly provided confidential files on Boylan to senior Cuomo advisers, participated in the drafting of a letter discrediting Boylan and sought out women to provide positive statements about the governor, according to a report on the investigation by the New York attorney general’s office. (RELATED: Hours After #METOO Allegations Surfaced, Top Cuomo Adviser Released Oppo File On Accuser Lindsey Boylan To Media) 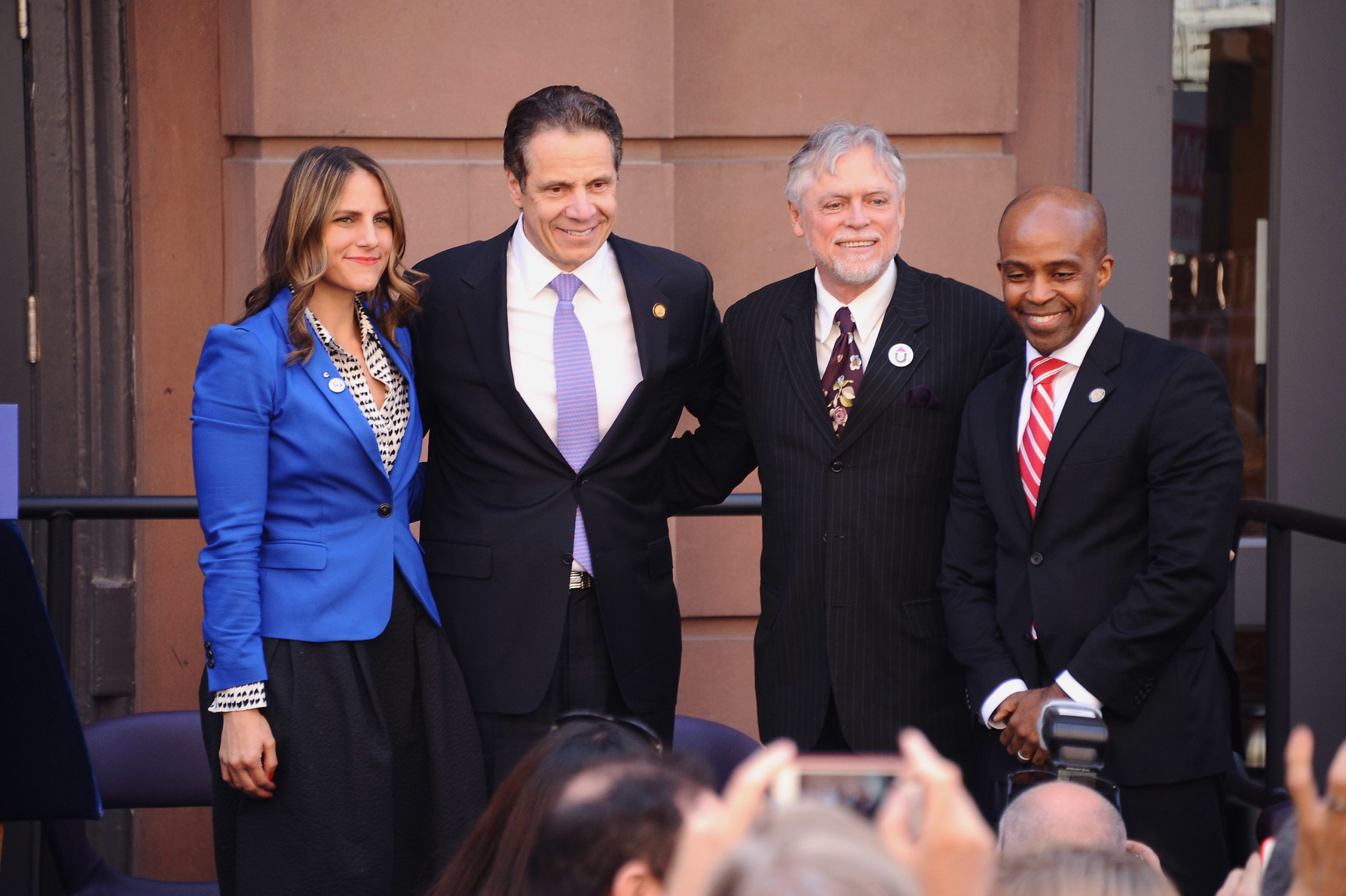 The HRC extended David’s contract for five more years on Tuesday, according to HuffPo — the same day the report was released. The organization has not responded to many requests for comment from the Daily Caller News Foundation.

The decision to extend his contract had already been in the works and only coincidentally occurred the same day that the report came out, the publication reported. (RELATED: Tara Reade Accuses Psaki Of ‘Misleading The Public’ By Saying Her Allegations Were ‘Heavily Litigated During The Campaign’)

“In recognition of his extraordinary leadership during extremely challenging times, we were proud to extend his contract to stay on in his role for five more years,” the statement continued. “For the last two years he has been boldly leading the organization as it works to achieve its mission: full equality for all LGBTQ people, in the midst of a global pandemic, a nationwide reckoning on racial justice, and the most important presidential election of our lifetimes.”

How Was Alphonso David Implicated?

David reportedly kept confidential files “relating to his investigation into and counseling” of Boylan before she left the Executive Chamber, according to the report.

“Mr. David testified that he kept with him a copy of Ms. Boylan’s files because it ‘may have been the only instance where [he] was actually involved in a counseling of an employee when [he] was in the Executive Chamber,'” the report said. (RELATED: Time’s Up Now Calls For Cuomo To ‘Immediately’ Resign)

Cuomo senior staffer Melissa DeRosa told other staffers in a Dec. 16, 2020 text message that David had agreed to sign a letter attempting to discredit Boylan “if we need him,” according to the report. The report said that David had initially declined to sign the letter.

“The various drafts of this letter included complaints against Ms. Boylan that were part of the Confidential Files,” the investigation found. “The drafts also discussed alleged interactions between Ms. Boylan and male colleagues other than the Governor.”

The report said that the letter “denied the legitimacy of Ms. Boylan’s allegations, impugned her credibility, and attacked her claims as politically motivated (including with theories about connections with supporters of President Trump and a politician with an alleged interest in running for Governor).”

Cuomo’s officials internally argued over the contents of the letter, and it was ultimately not published, according to the investigation.

During Wednesday’s HRC meeting, an employee reportedly asked David if he planned to “issue a public apology for agreeing to sign a draft [letter] disparaging an accuser while serving as president of HRC, per the AG’s report.”

David responded that he never signed the letter or agreed to sign the letter, HuffPo reported.

“What I did agree to do was to talk about my personal experience at the governor’s office,” he said, according to the publication. “But I never agreed to sign a letter that would disparage any employee or any survivor of harassment.”

David also worked with senior Cuomo officials on a “more positive model statement” from women describing positive experiences working for Cuomo and characterizing the governor as “strong tough respectful inclusive and effective,” according to the report.