The number of Americans filing new unemployment claims decreased to 385,000 last week as the economy continues its recovery from the coronavirus pandemic, according to the Department of Labor.

The Bureau of Labor and Statistics figure released Thursday represented a slight decrease in the number of new jobless claims compared to the week ending July 24, when 399,000 new jobless claims were reported. That number was revised down from the 400,000 jobless claims initially reported last week.

Economists predicted the number would come in at 385,000 on Thursday, the Wall Street Journal reported.

“Many people before the pandemic just simply didn’t apply for unemployment insurance, even if they were eligible,” job site Glassdoor economist Daniel Zhao told the WSJ. “So we might see permanent higher levels of claims, even if the jobs recovery is continuing.”

“There is a lot of potential for job growth in the coming months,” he continued. (RELATED: Bipartisan Infrastructure Bill Would End Pandemic Business Tax Break Early)

Jobless claims have dropped to multiple pandemic lows throughout the spring, but have remained elevated in recent weeks. Roughly 13 million Americans continue to collect unemployment benefits nationwide, according to the Thursday report. 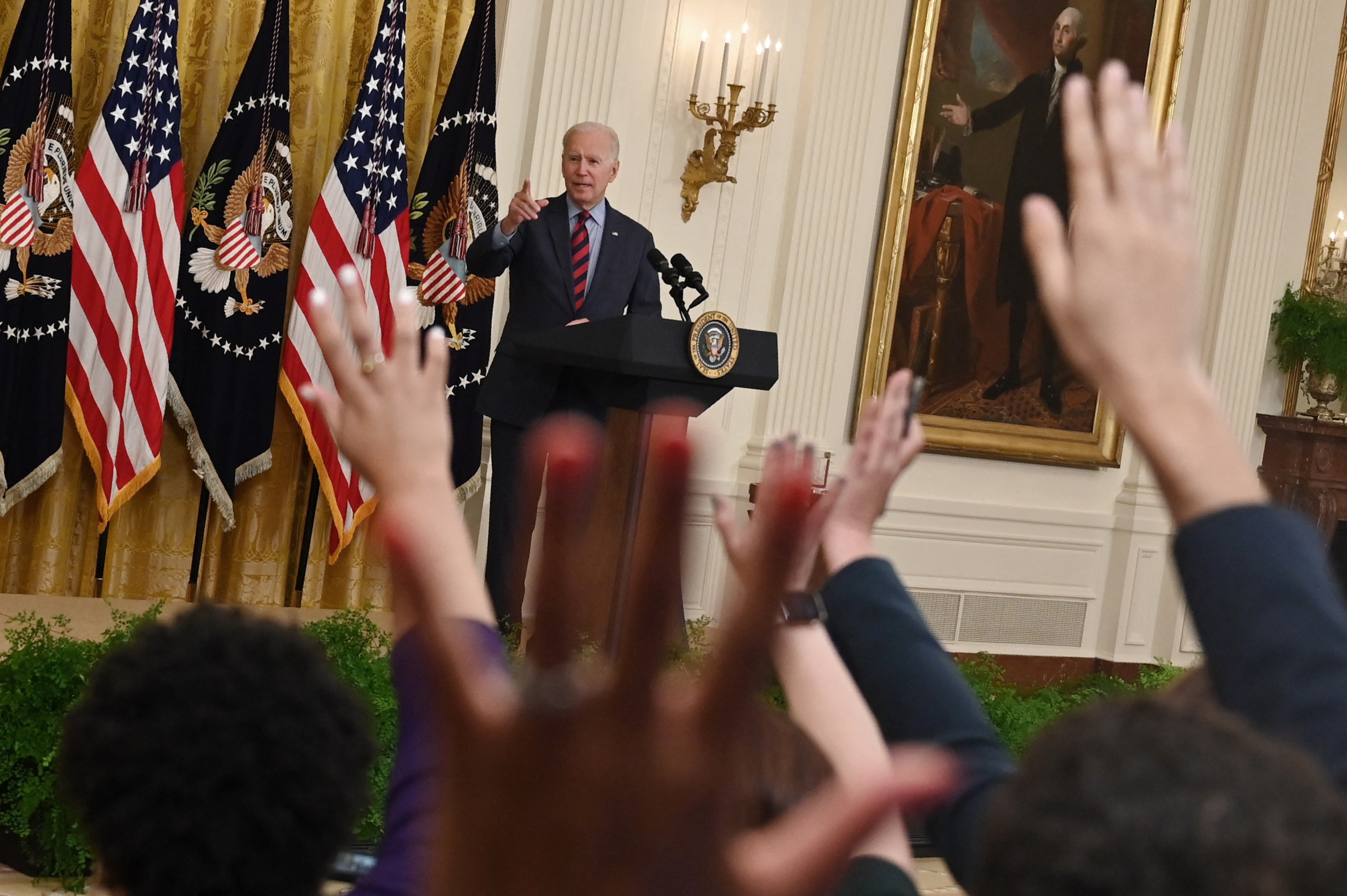 Reporters raise their hands after President Joe Biden speaks about vaccinations and the economy Tuesday. (Jim Watson/AFP via Getty Images)

The economy grew 6.5% between April and June, according to Commerce Department data published last week. Economists’ expected much higher growth of 8.4%.

But private payrolls added just 330,000 jobs in July, half of what economists projected, according to the ADP National Employment Report released Wednesday. The private job growth also represented a significant decline from the month before.

The White House, though, has repeatedly pushed more spending, including a bipartisan trillion-dollar infrastructure plan announced earlier this week, as a remedy for the slowing economic recovery.

“It’s about creating good-paying American jobs for millions of middle-class people and the working-class people,” President Joe Biden said during remarks Monday. “And it’s about our economic competitiveness.”