Mexico sued several U.S. gun manufacturers in federal court Wednesday, accusing the companies of “actively facilitating” the flow of weapons into the country.

The lawsuit, filed in the U.S. District Court for the District of Massachusetts, alleges that gun makers in the U.S., such as Smith & Wesson, Barrett Firearms and Colt’s Manufacturing Company, understand they prop up illegal arms trafficking to Mexico through their business practices and have not implemented the necessary changes stem it.

Mexico argues it has been “victimized by a deadly flood of military-style and other particularly lethal guns” from the manufacturers and that the intention of the lawsuit is to end the “massive damage” the U.S. has caused by “actively facilitating the unlawful trafficking.”

The lawsuit claims that this flood of weapons is “foreseeable” due to the companies’ “deliberate actions and business practices.” The “willfully blind” gun makers “aid and abet the killing and maiming of children, judges, journalists, police, and ordinary citizens throughout.” (RELATED: Gov. Kristi Noem To Send More Troops To US-Mexico Border)

It further states that U.S. gun makers undercut Mexico’s own “stringent” gun laws by “persistently supplying a torrent of guns to the drug cartels.” The lawsuit estimates at least 500,000 guns trafficked into Mexico originate from the U.S., with 340,000 of those weapons made by the manufacturers being sued. 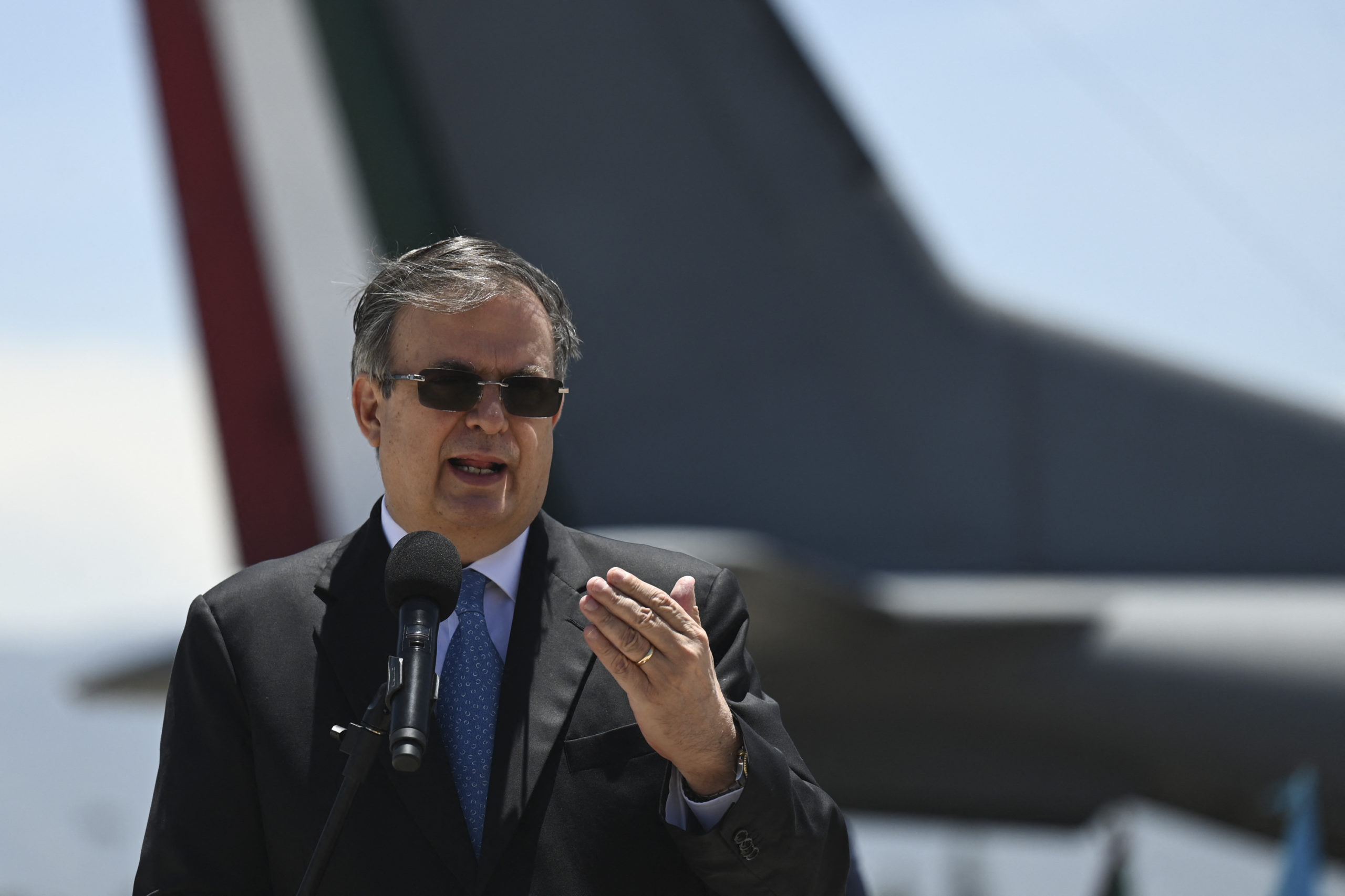 Mexican Foreign Minister Marcelo Ebrard speaks upon his arrival at the Air Force Base in Guatemala City, on June 24, 2021. (Photo by JOHAN ORDONEZ/AFP via Getty Images)

Despite this, the lawsuit alleges the gun makers have done nothing to implement public safety measures to protect the lives of millions of Mexicans.

Foreign Minister Marcelo Ebrard, said that the goal of the lawsuit was to coerce American companies to “compensate” Mexico for the “damage caused by their negligent practices,” at a press conference Wednesday, Reuters reported. He told reporters the lawsuit was seeking an estimated $10 billion.

Mexican officials told Reuters they had analyzed legal proceedings surrounding gun manufacturing negligence for two years before filing the suit. They referenced Remington Arms Co’s $33 million settlement offer to the families of the Sandy Hook school massacre victims as evidence there can be exceptions to the legal immunity the U.S. gives the gun industry.

The announcement of the lawsuit was made after Ebrard traveled to El Paso, Texas, to mark the anniversary of the killing of 22 people at a Walmart in 2019, Reuters reported. The shooter is alleged to have deliberately targeted the Mexican community.