Trumka, 72, had led the politically-powerful federation of labor unions and its roughly 12.5 million members since 2009, according to his official AFL-CIO bio. Before he was elected to lead the AFL-CIO, Trumka had served as the organization’s secretary-treasurer for nearly 15 years.

“The labor movement, the AFL-CIO and the nation lost a legend today,” AFL-CIO spokesperson Tim Schlittner said in a statement. “Rich Trumka devoted his life to working people, from his early days as president of the United Mine Workers of America to his unparalleled leadership as the voice of America’s labor movement.”

“Standing on Rich’s shoulders, we will pour everything we have into building an economy, society and democracy that lifts up every working family and community,” he continued. 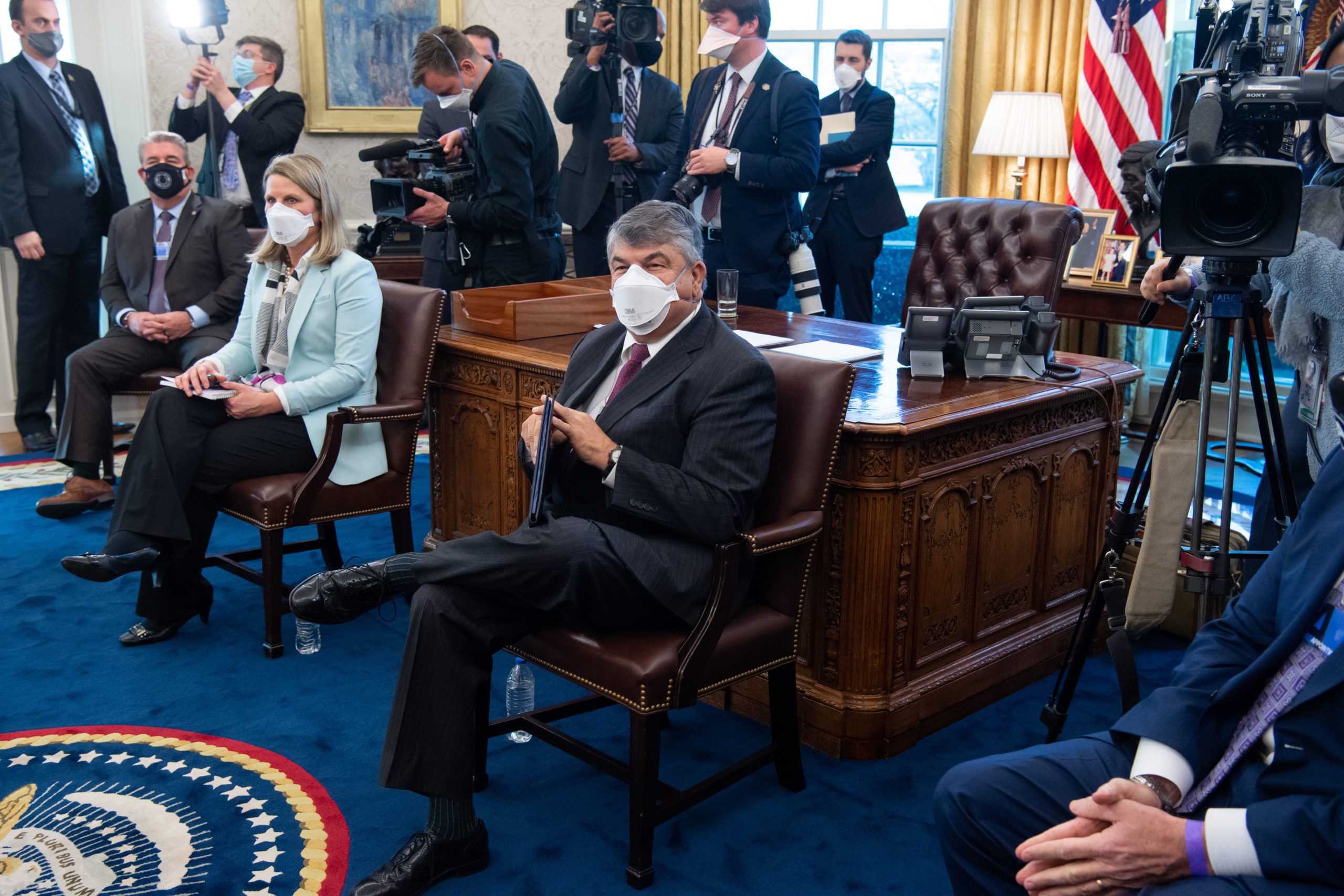 Trumka first joined a labor union as a mine worker. In 1982, he was elected as the youngest president of the United Mine Workers of America at the age of 33 and helped unite the union’s leadership. (RELATED: AFL-CIO Head Appears Uncomfortable In Axios Interview About Biden And Keystone XL)

“Trumka’s economic advocacy extends from the kitchen table and spans the globe,” his AFL-CIO bio said. “He has rallied international labor support for workers struggling for justice, and he has fought to end unfair trade practices and restore U.S. manufacturing strength.”

The late AFL-CIO president had also been an outspoken supporter of President Joe Biden and endorsed before the 2020 election. Less than a month after Biden was sworn in, Trumka attended a private White House meeting concerning infrastructure legislation and other priorities.

Trumka’s death is believed to have been caused by a heart attack, according to Politico, which first reported the death.

This is a breaking news story. Please return for updates.