The U.S. economy reported an increase of 943,000 jobs in July and the unemployment rate fell to 5.4%, according to Department of Labor data released Friday.

Total non-farm payroll employment increased by 850,000 in July, according to the Bureau of Labor Statistics report, and the number of unemployed persons decreased to 8.7 million. Economists projected 845,000 Americans would be added to payrolls prior to Friday’s report, The Wall Street Journal reported.

“The jobs recovery is continuing, but it’s different in character to any we’ve seen before,” payroll software firm ADP economist Nela Richardson told the WSJ. “I had been looking at September as a point when we could gain momentum—with schools back in session and vaccines widely available. But with the delta variant, we need to rethink that.”

The private sector added just 330,000 jobs in July compared to the 653,000 economists expected, according to the ADP National Employment Report released Thursday. The largest private sector growth came in the leisure and hospitality sector, which added 139,000 jobs last month, the data showed.

Richardson said the prevalence of the delta variant of coronavirus has played a major part in private firms’ hiring slowdown following the release of the report. The slowing growth has affected “companies of all sizes,” he added. (RELATED: EXCLUSIVE: Top Trump White House Economist Rips Biden, Pandemic Unemployment Bonus) 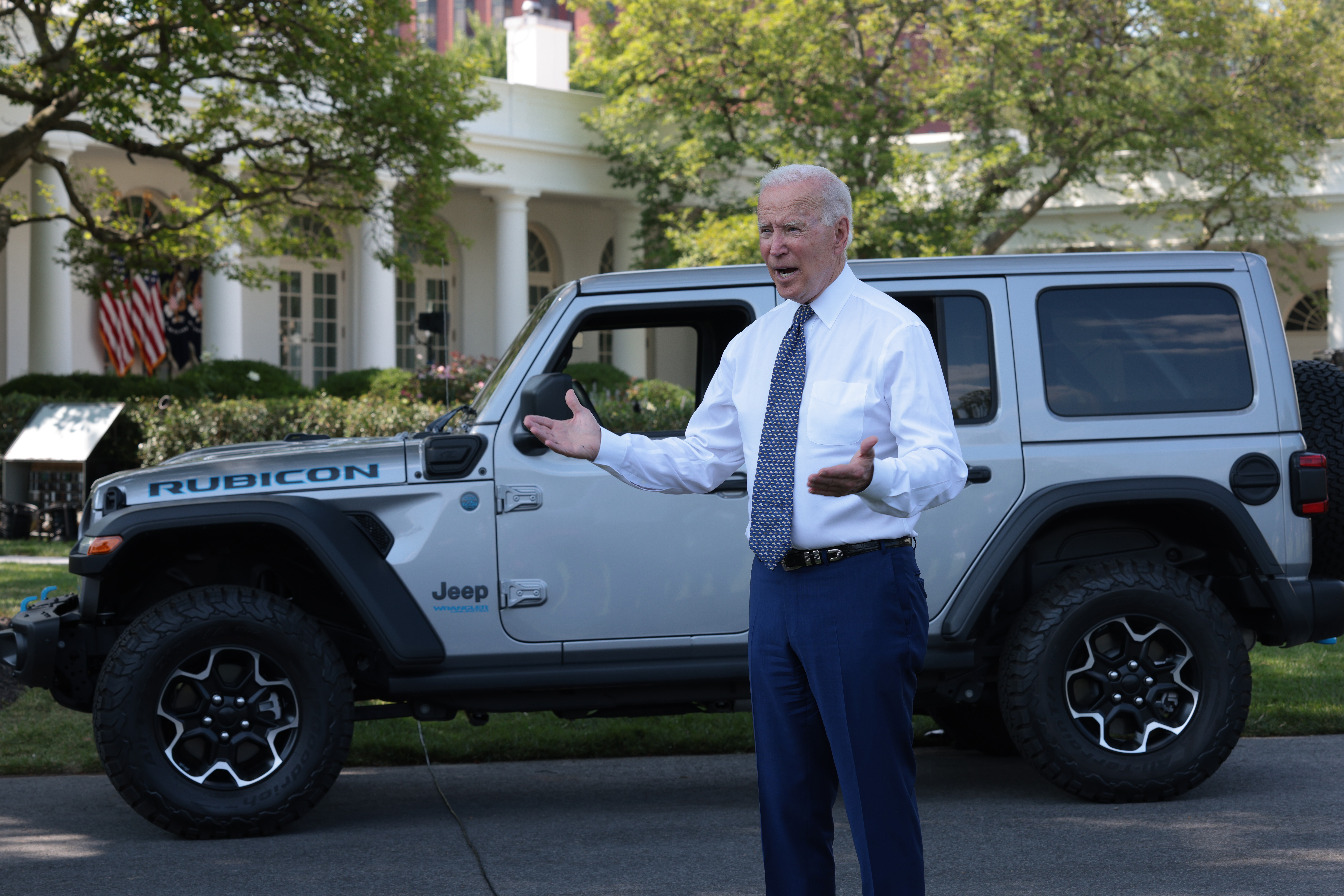 President Joe Biden answers questions from reporters after driving a Jeep around the White House on Thursday. (Win McNamee/Getty Images)

There were an estimated 9.2 million job openings in May and the inability to find workers has hampered businesses recovering from the pandemic. (RELATED: The Numbers Are In, Biden’s Inflation Is Not Going Away)

“Americans don’t like what they’re seeing in Washington,” he continued. “They may personally like this president, but the spending, the inflation, all of this Bernie Sanders agenda. It has got a lot of people frightened.”

Brady applauded the 26 states that have withdrawn from the weekly pandemic-related federal unemployment bonus. In May, after a lackluster April jobs report, governors began announcing their state’s withdrawal from the program, saying out-of-work Americans were incentivized to stay at home and not look for jobs.

The number of individuals filing for weekly jobless claims declined more than 33% in states that first exited the program, according to Labor Department data analyzed by the DCNF. Initial claims declined 4% in that same period in states electing to remain in the program until it expires in September.

“It’s about creating good-paying American jobs for millions of middle-class people and the working-class people,” Biden said during remarks earlier this week. “And it’s about our economic competitiveness.”