A massive California wildfire continued to surge Monday, burning nearly half a million acres and forcing thousands from their homes, becoming the second largest fire in state history.

The Dixie Fire has burned 489,287 acres in northern California with only 21% contained, according to the California Department of Forestry and Fire Protection (Cal Fire).

The fire, which has been active for 26 days, has burned over 500 buildings and threatens another 14,000, according to The Washington Post. The wildfire ripped through Greenville, California, on Wednesday, and authorities are trying to keep the flames away from the neighboring town of Crescent Mills. (RELATED: Deadly Wildfires Spread Across Western US) 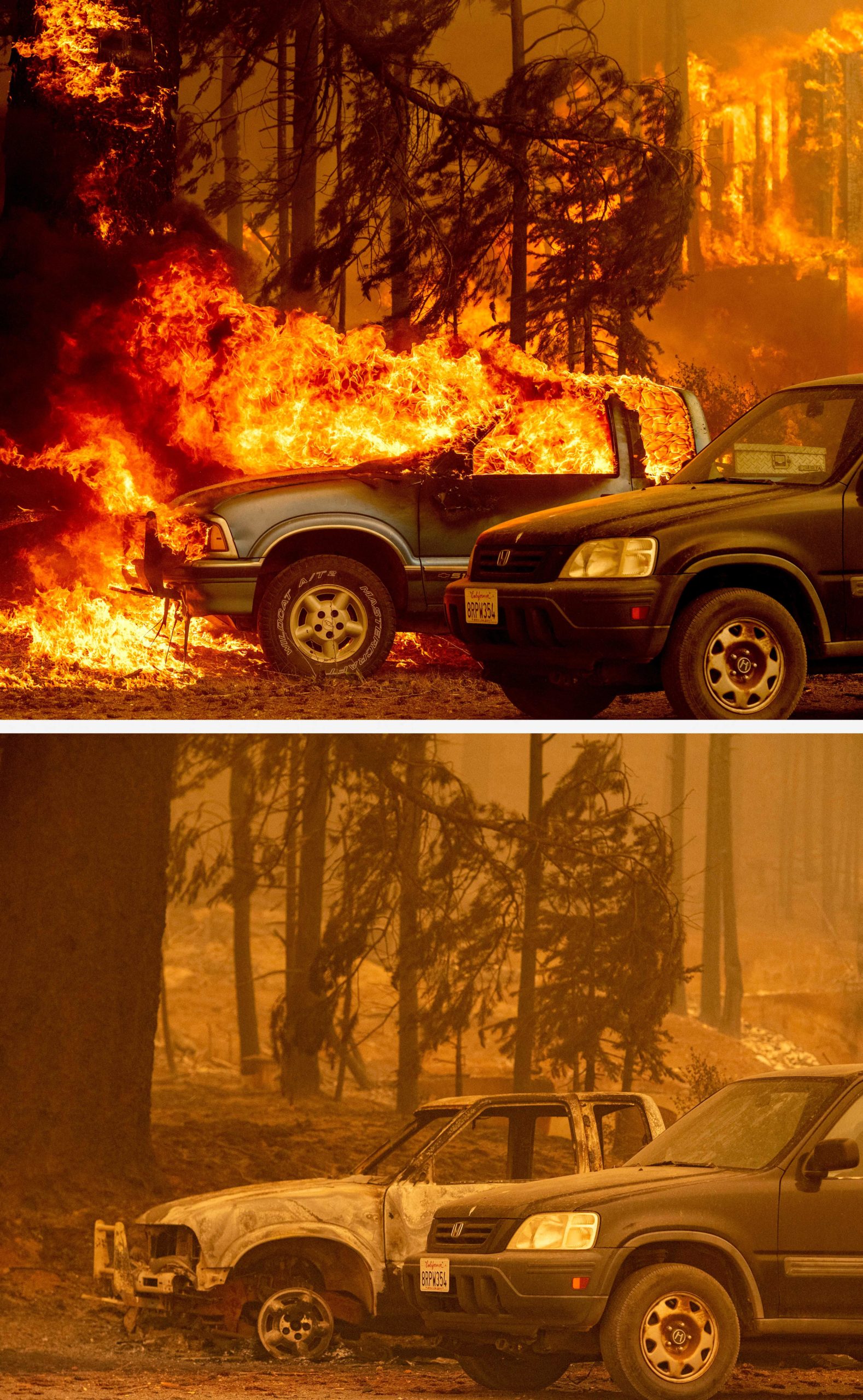 In this photo combination, a before and after series shows a home burning on August 5, 2021 (above) and after it burned (below) on August 6, 2021 during the Dixie fire in Greenville, California. (Photo by JOSH EDELSON/AFP via Getty Images) 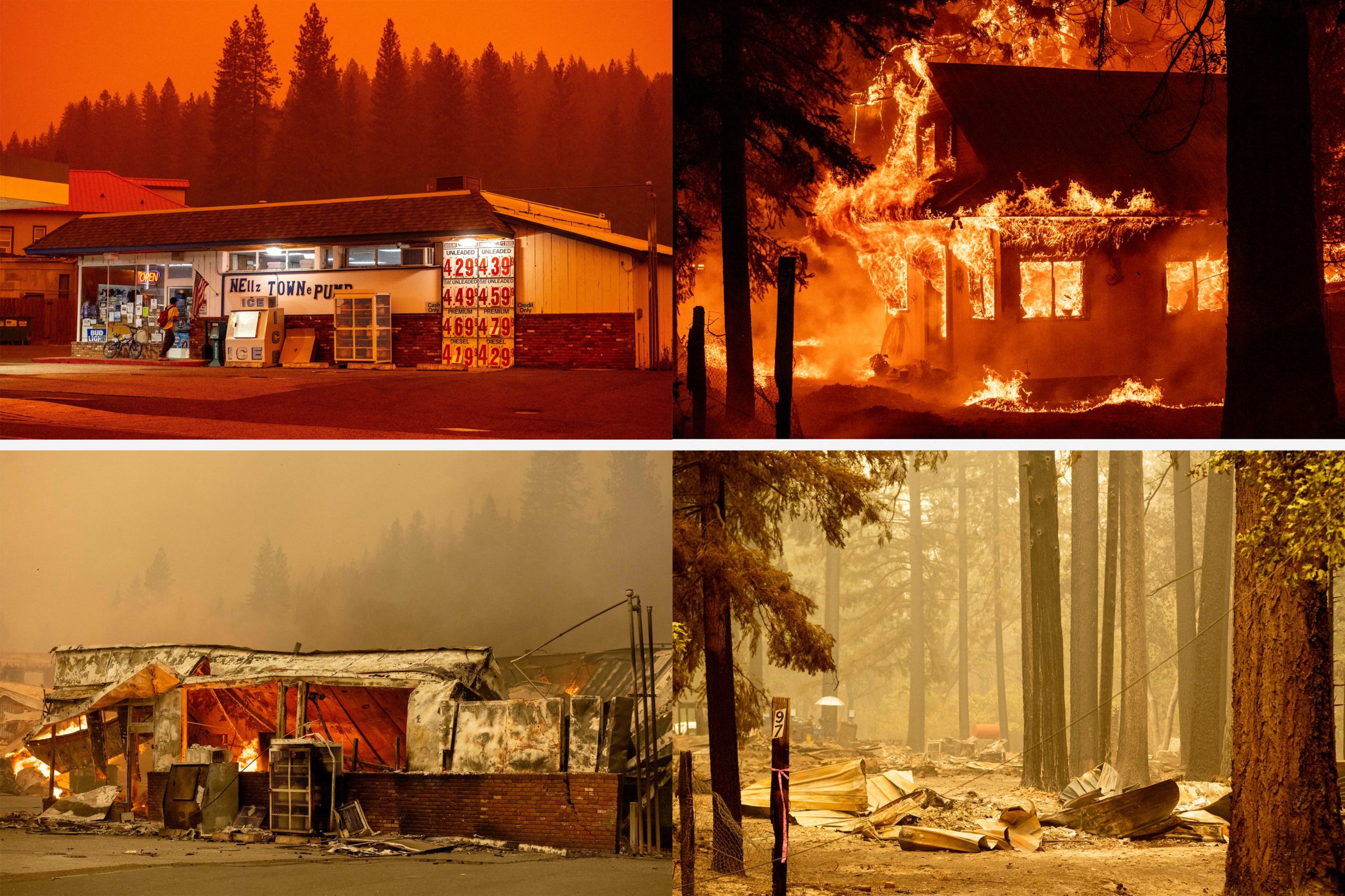 In this photo combination, a before and after series shows (Above L) a gas station market before it burned on July 23, 2021 and (Bottom L) while it burned on August 4, 2021 during the Dixie fire in Greenville, California, and (Above R) a home is seen burning on July 24, 2021 and (Bottom R) the remains are seen two days later on July 26, 2021 during the Dixie fire in the Indian Falls neighborhood of unincorporated Plumas County.(Photo by JOSH EDELSON/AFP via Getty Images)

Over 5,000 firefighters are combating the blaze, which has yet to claim any fatalities, according to Cal Fire.

The Dixie Fire surpassed the 2018 Mendocino Complex Fire and now is the state’s second-largest, only behind the 2020 August Complex Fire, which burned over 1 million acres, destroyed over 900 buildings and claimed one life, in northern California, according to Cal Fire.

The Dixie Fire’s cause is currently unknown while the August Complex Fire was triggered by lightning, according to the Incident Information Systems. 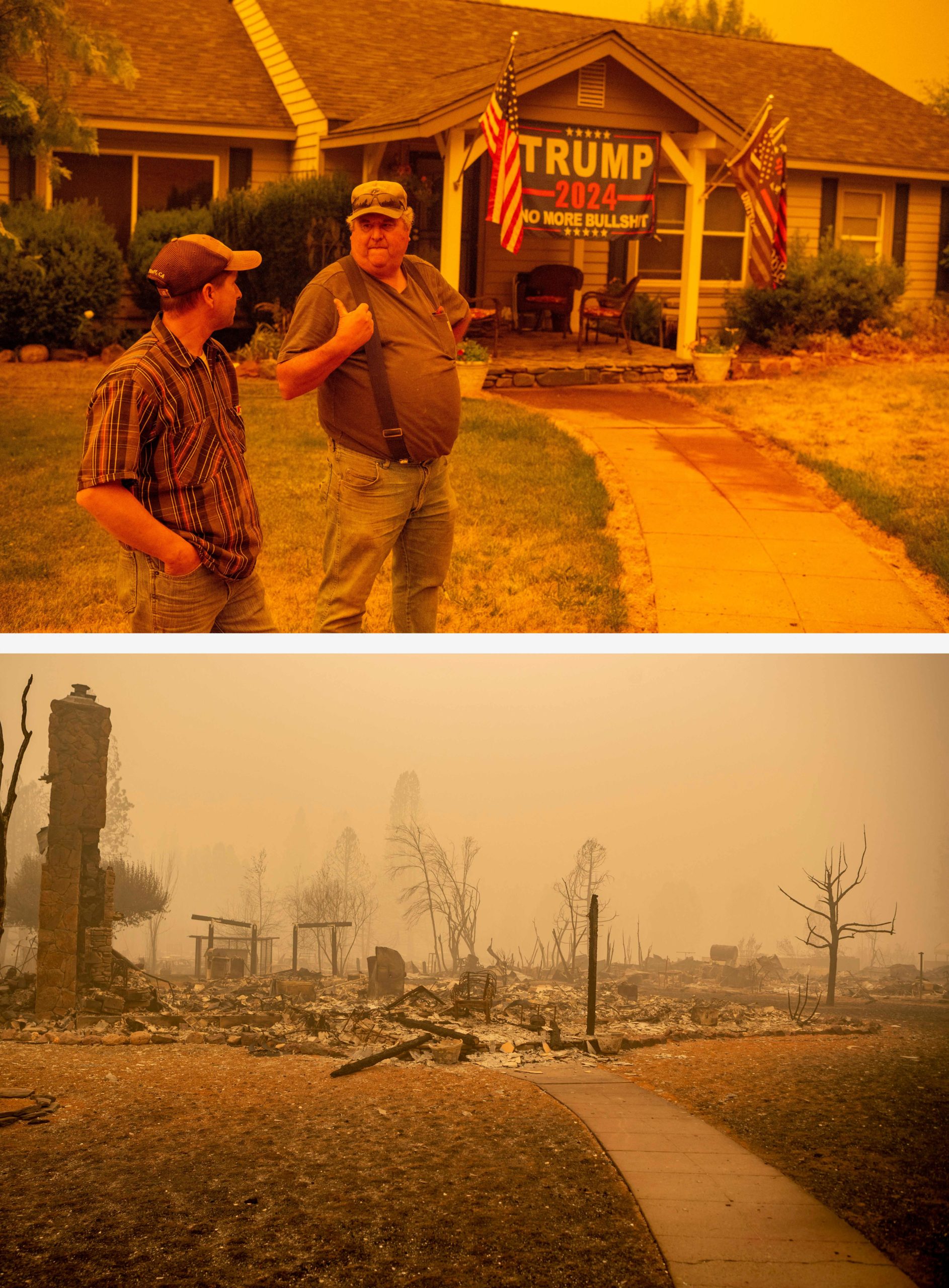 In this photo combination, a before and after series shows homeowner Jerry Whipple (R) speaking to a neighbor about ignoring a mandatory evacuation order in front of his home on July 23, 2021, and after it burned on August 7, 2021 during the Dixie fire in Greenville, California. (Photo by JOSH EDELSON/AFP via Getty Images)

Hanna Malak, a spokesperson for the American Red Cross, told the Post that tens of thousands of people have had to leave their homes, forcing organizations to run 15 emergency shelters.

“Everything in our lives is upside down,” Maldonado’s wife, Desiree Maurer, told the Washington Post. “And we have it good. There are people right now in their cars, and they don’t know where to go.”