The budget, spearheaded by Vermont Independent Sen. Bernie Sanders, comes hours after the bipartisan infrastructure bill beat a Senate filibuster and appeared set to pass as soon as Monday. Along with the reconciliation package’s text, Schumer also released committee-specific instructions for crafting its different provisions.

“Please remember that the resolution only includes ‘top-line’ reconciliation instructions to the committees, and that every Senator will have opportunities to shape and influence the final reconciliation bill after adoption of the Budget Resolution,” Schumer wrote in an accompanying letter to his caucus Monday.

While the infrastructure bill beat a filibuster with the help of 18 Republicans, the reconciliation plan faces unanimous GOP opposition. Budget rules, however, allow for it to be passed with a simple majority, meaning that Democrats can push it through on party-line votes as long as their caucus stays united. (RELATED: Infrastructure Bill Beats Filibuster, Set To Sail To Senate Passage) 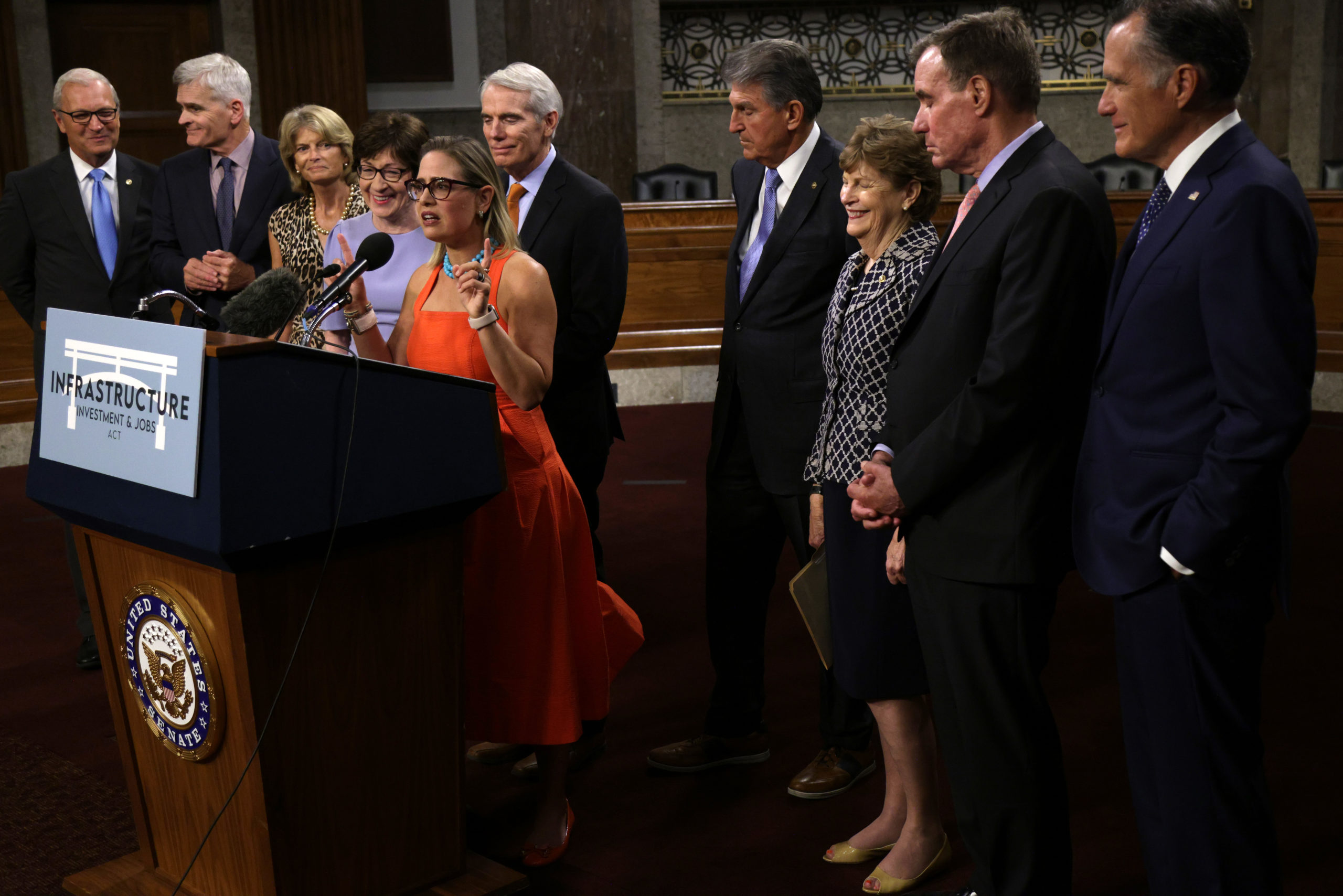 Several House progressives have conditioned their support for the infrastructure bill on the Senate passing a reconciliation package, giving Democratic leadership little room for error given the Senate’s 50-50 split and their three-seat advantage in the House. House Speaker Nancy Pelosi has said that she will not bring the bipartisan bill, which could pass the Senate as soon as Monday, to the House floor until the upper chamber passes the party-line package.

The plan points to Sept. 15 as when committees should aim to finalize their respective sections.

The resolution, however, omits language addressing a debt ceiling raise, setting up an ugly partisan fight. Senate Minority Leader Mitch McConnell has said that no Republicans will vote to raise it, meaning that if the provision is not included in the reconciliation plan it could fall to a GOP filibuster.

Several moderate Democrats in the Senate, meanwhile, have expressed concern over the current $3.5 trillion figure, risking an intra-party fight as well over the right amount of additional government spending.

“I do not support a bill that costs $3.5 trillion,” Arizona Democratic Sen. Kyrsten Sinema, one of the bipartisan bill’s lead negotiators, said last week. “In the coming months, I will work in good faith to develop this legislation with my colleagues and the administration to strengthen Arizona’s economy and help Arizona’s everyday families get ahead.”