Progressive Democrats in the House of Representatives, led by New York Rep. Alexandria Ocasio-Cortez, are threatening to blow up a bipartisan infrastructure agreement if the Senate does not pass a $3.5 trillion reconciliation package.

Ocasio-Cortez claimed on Sunday that she had “more than enough” votes to tank the $1.2 trillion Infrastructure Investment and Jobs Act, which Democratic Arizona Sen. Kyrsten Sinema and Republican Ohio Sen. Rob Portman introduced last Monday. Sinema pledged on July 28 not to “support a bill that costs $3.5 trillion,” leading Ocasio-Cortez to imply that she deliberately created an all-white group of senators to negotiate the package. 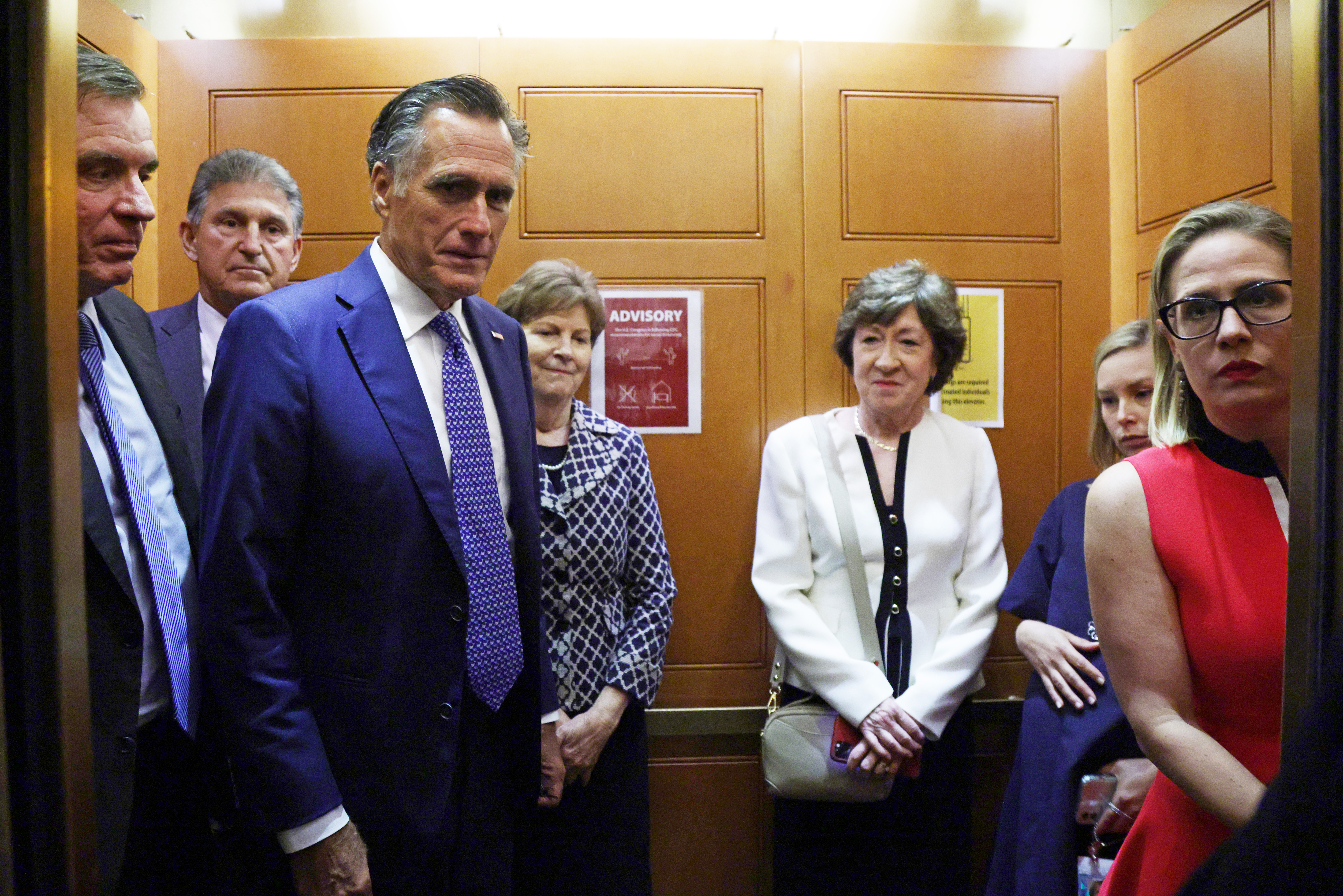 Sinema is not the only Senate Democrat to express concerns about the size of the reconciliation package. Her fellow Arizona Sen. Mark Kelly told reporters that he wants to see it paid for before he offers final approval, and West Virginia Sen. Joe Manchin refused to “guarantee anybody on any … pieces of legislation.”

If the $3.5 trillion is too much for the moderates to stomach, and Pelosi sticks to her promise, then neither the bipartisan infrastructure deal nor the reconciliation package could become law.

Throughout her 18 years as the House leader of the Democratic Party, Pelosi has often managed intra-party squabbles. During her first term as Speaker of the House, in 2007, a group of left-wing Democrats, led by Ohio Rep. Dennis Kucinich, attempted to impeach Vice President Dick Cheney over the Iraq War. However, Pelosi and Majority Leader Steny Hoyer led an unsuccessful effort to table the resolution, believing that the vote would harm the party. However, 165 Republicans voted with 86 Democrats to keep the resolution alive.

A few years later, Pelosi needed Kucinich’s vote to pass the Affordable Care Act. President Barack Obama attended a rally for Obamacare in Ohio, but Kucinich described his lobbying as “not very persuasive.” Kucinich slammed the bill as a “giveaway” to insurance companies, and bemoaned the lack of a public option, but ultimately voted in favor following heavy lobbying from Pelosi. 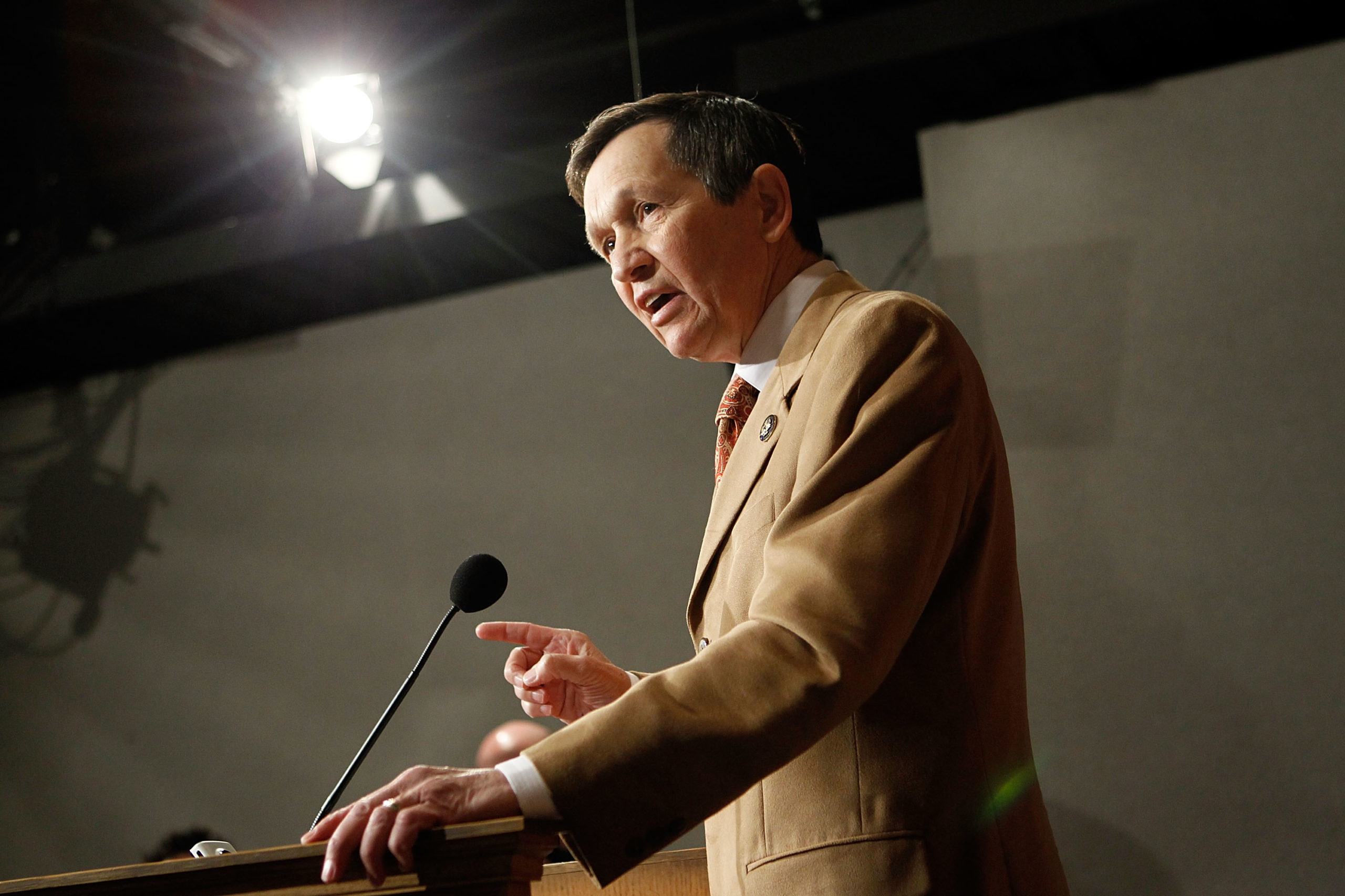 When Democrats took back the House in 2018, Pelosi had to manage a new generation of left-wing politicians. Rather than push back like she did with Kucinich, however, Pelosi embraced “The Squad.” She posed on the front of Rolling Stone magazine alongside Minnesota Rep. Ilhan Omar and New York Rep. Alexandria Ocasio-Cortez, and defended Omar from accusations of anti-Semitism on multiple occasions. (RELATED: House Dems Condemn Ilhan Omar For Giving ‘Cover To Terrorist Groups)

Pelosi played both sides during a debate on the COVID-19 eviction moratorium. She refused to whip votes to extend the moratorium, knowing that the provision was unlikely to become law. However, when Ocasio-Cortez blasted “conservative Democrats” and the White House on CNN, and fellow “Squad” member Missouri Rep. Cori Bush camped out in front of the Capitol, Pelosi called on President Joe Biden to extend the moratorium. Despite previously saying that he had no constitutional authority to do so, Biden extended it on Wednesday.

Throughout her time as party leader, Pelosi has corralled an unruly caucus whose members hold different views on issues that are key parts of Democratic messaging. As a younger, more left-wing generation rises in the party, she has shown a willingness to endorse their positions at the expense of a large portion of the party’s base.

Some moderate Democrats, like Virginia Rep. Abigail Spanberger, argue that this indulgence will cost the party the lower chamber. For now, however, Pelosi still holds the speaker’s gavel.