The executive order is in conjunction with a U.K. and Canadian pressure campaign against Lukashenko’s government, Reuters reported. This latest order “expands the scope of the national emergency declared” back in 2006, a fact sheet provided by the White House indicated.

Biden’s executive order specifically authorizes “the imposition of blocking sanctions on persons operating in certain identified sectors of the Belarus economy, including the defense and related materiel sector, security sector, energy sector, potassium chloride (potash) sector, tobacco products sector, construction sector, transportation sector, or any other sector of the Belarus economy as may be determined by the Secretary of the Treasury, in consultation with the Secretary of State.”

It comes on the anniversary of Lukashenko’s 2020 “fraudulent Belarusian election” and is the largest set of sanctions issued so far, Reuters reported. Biden acknowledged this election in a statement Monday, noting that “the Lukashenko regime perpetrated election fraud, followed by a brutal campaign of repression to stifle dissent.”

“From detaining thousands of peaceful protesters, to imprisoning more than 500 activists, civil society leaders, and journalists as political prisoners, to forcing the diversion of an international flight in an affront to global norms, the actions of the Lukashenko regime are an illegitimate effort to hold on to power at any price,” Biden said. “It is the responsibility of all those who care about human rights, free and fair elections, and freedom of expression to stand against this oppression.”

“Toward that end, today, we are issuing a new Executive Order that enhances our ability to impose costs on the regime and announcing new sanctions against Belarusian individuals and entities for their role in attacks on democracy and human rights, transnational repression, and corruption. As I told the leader of the Belarusian opposition, Svyatlana Tsikhanouskaya, we stand with the people of Belarus as they bravely pursue their democratic aspirations,” he added.

The Belarusian National Olympic Committee is among the companies hit with sanctions, the administration said. The committee is accused of aiding money laundering, skirting sanctions and bypassing visa bans. Belarusian Olympic sprinter Krystsina Tsimanouskaya received a humanitarian visa after fleeing to Poland to escape the Lukashenko regime during the 2021 Olympics in Tokyo earlier in August. (RELATED: ‘I Was Just Afraid For My Life’: Belarusian Athlete Receives Visa From Poland After Refusing To Fly Home From Olympics) 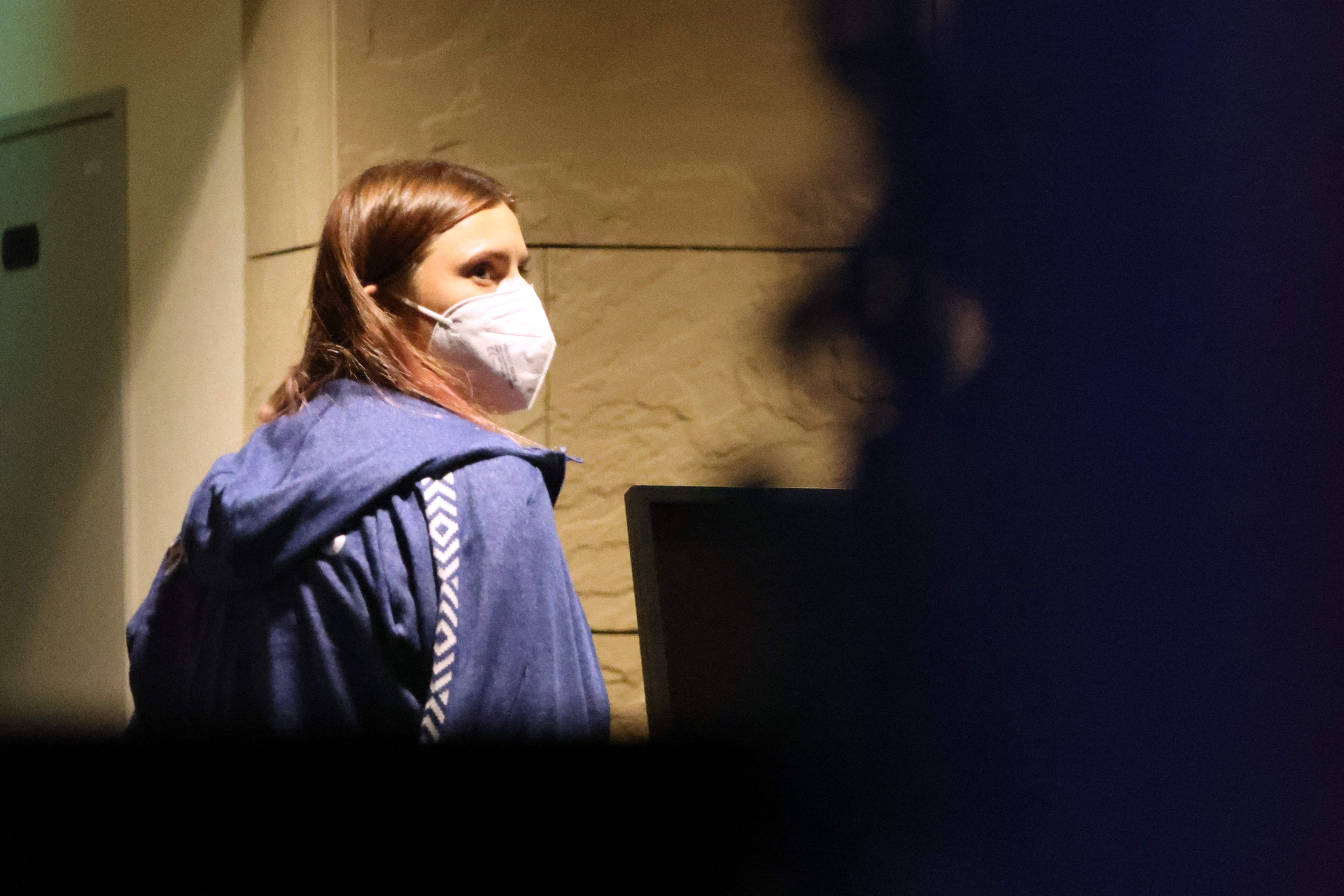 ALTERNATIVE CROP – Belarus athlete Krystsina Tsimanouskaya, who claimed her team tried to force her to leave Japan following a row during the Tokyo 2020 Olympic Games, walks with her luggage inside the Polish embassy where she was granted a humanitarian visa to Poland, in Tokyo on August 2, 2021. (YUKI IWAMURA/AFP via Getty Images)

The sanctions are also hitting Belaruskali OAO, one of the country’s largest state-owned companies and referred to by the Biden administration as “a source of illicit wealth for the regime.” Businesspeople supporting the regime and companies they’re affiliated with are also being sanctioned, according to the White House fact sheet.

Biden’s executive order follows the forced diversion of a Ryanair flight in May. The regime forced down the plane and arrested opposition journalist Roman Protasevich, who was on board with his girlfriend. The incident caused international uproar and Biden vowed to “develop appropriate options to hold accountable those responsible.”

“Since then, the regime has only further expanded it [sic] repression, including by threatening the safety of an Olympic athlete outside its borders,” the White House noted, referencing the sprinter who fled rather than return back to Belarus.

“With today’s actions, President Biden is abiding by his pledge to hold the Belarussian regime accountable for its abuses. The Biden administration’s position remains clear: the Lukashenko regime must permit a legitimate international investigation into the Ryanair flight diversion; it must immediately release all political prisoners; it must stop targeting activists and dissidents, including across borders, and it must initiate a genuine and comprehensive political dialogue with democratic opposition and civil society figures that results in a free and fair presidential election under OSCE observation.”