“Robbie Kaplan, board co-chair, has stepped down from the board,” TIME’S UP said in a press release Monday. “We and she agree that is the right and appropriate thing to do.”

“We hold ourselves accountable,” the TIME’S UP statement continued. “The events of the last week have made it clear that our process should be evaluated and we intend to do just that. We need more transparency about our vision of change-making, and we need a more inclusive process to engage the broader survivor community, many of whom have spent years doing the noble work of fighting for women.”

Kaplan also submitted a letter Monday announcing her resignation from TIME’S UP, a prominent non-profit established at the height of the #MeToo movement, The New York Times reported. The TIME’S UP co-founder said her work as an attorney prevented her from openly answering questions about her dealings with both Cuomo and his secretary Melissa DeRosa, who resigned late Sunday night. (RELATED: Tara Reade Accuses Psaki Of ‘Misleading The Public’ By Saying Her Allegations Were ‘Heavily Litigated During The Campaign’)

A report on the investigation released Tuesday said that both Kaplan and TIME’S UP co-founder Tina Tchen helped Cuomo’s team craft an op-ed discrediting accuser Lindsey Boylan. The op-ed “denied the legitimacy of Ms. Boylan’s allegations, impugned her credibility, and attacked her claims as politically motivated,” according to the New York attorney general’s report.

The investigation released Tuesday found that the governor had “sexually harassed a number of State employees through unwelcome and unwanted touching, as well as by making numerous offensive and sexually suggestive comments” and that this conduct “was part of a pattern of behavior that extended to his interactions with others outside of State government.”

The letter was part of larger efforts by Cuomo and his aides to discredit the governor’s accusers, according to the report, in which the Cuomo administration not only sought help from Kaplan but also from Human Rights Campaign co-founder Alphonso David and CNN anchor Chris Cuomo, the governor’s brother. (RELATED: Hours After #METOO Allegations Surfaced, Top Cuomo Adviser Released Oppo File On Accuser Lindsey Boylan To Media)

Tchen has vigorously denied involvement in discrediting any Cuomo accusers.

Boylan originally accused Cuomo of sexual harassment in an early December tweet thread. She later shared details of her allegations in a Medium post, describing Cuomo’s behavior and workplace as riddled with “pervasive harassment,” and accusing him of kissing her on the lips without her consent. 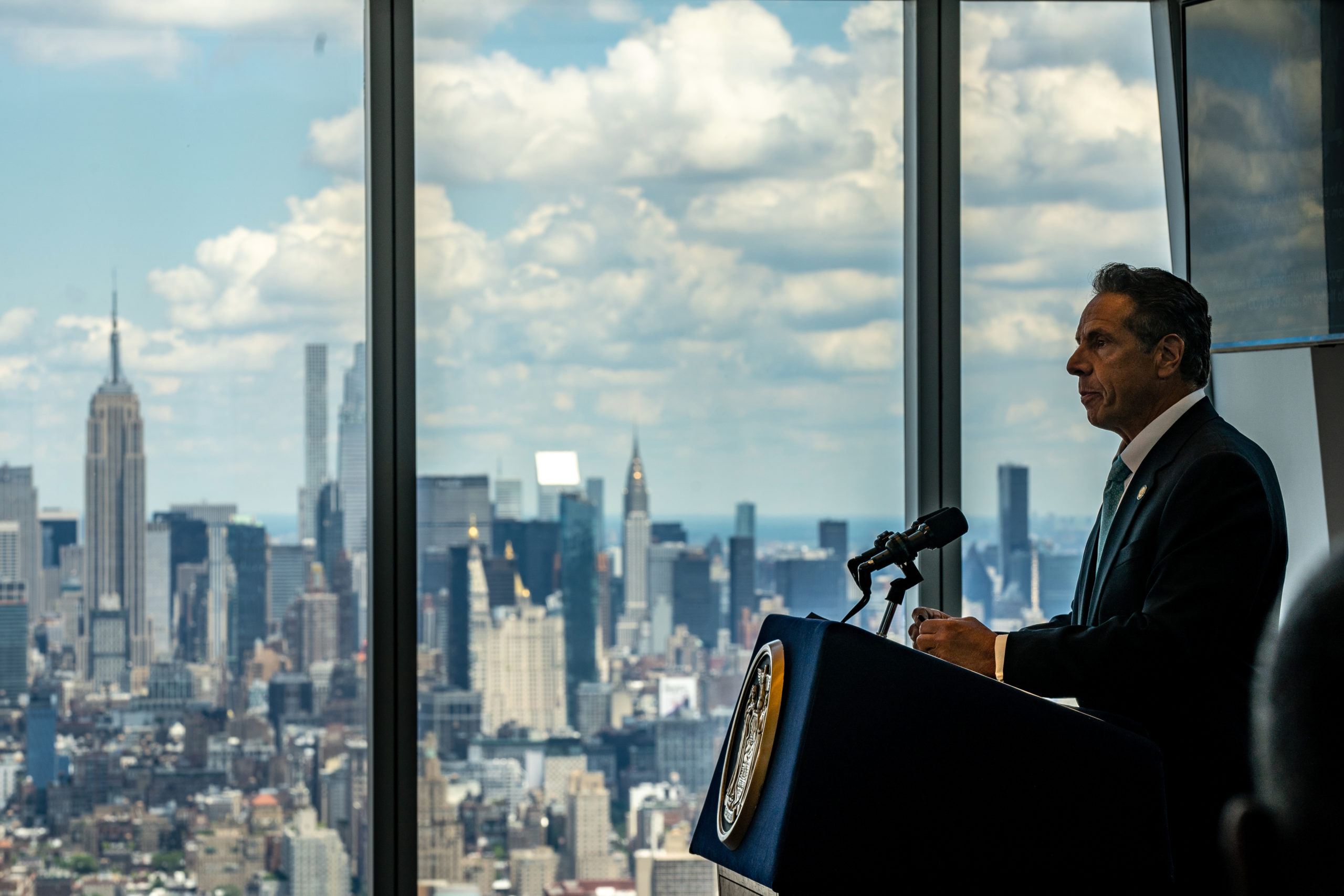 Cuomo asked DeRosa to send a draft of the letter to Kaplan, who is an attorney for Kaplan Hecker & Fink LLP, the report said. Kaplan also represents E. Jean Carroll, the journalist who accused Trump of sexual assault, as well as Trump’s niece, Mary Trump.

Kaplan shared the letter with Tchen, according to the report. (RELATED: Time’s Up Now Calls For Cuomo To ‘Immediately’ Resign)

The TIME’S UP Legal Defense Fund, which has committed over $10 million to support #MeToo allegations in the workplace, told Biden accuser Tara Reade in February 2020 that its charitable status would be put at risk if it financially supported her because Joe Biden was the presumptive Democratic nominee for president. TIME’S UP strongly backed Supreme Court Justice Brett Kavanaugh’s accuser Christine Ford throughout the justice’s contentious confirmation hearings in September 2018.