The Biden administration is reportedly flying migrants to Abilene, Texas, before releasing them to board other flights with destinations around the U.S., KTAB News reported Thursday.

Immigration and Customs Enforcement (ICE) has reportedly flown migrants to the Abilene Regional Airport in unmarked planes before loading them onto buses on at least two occasions this month, according to KTAB. Migrants were later recorded disembarking the same buses and boarding flights to several U.S. cities.

The airport is notified of the flight’s arrival between 24 and 48 hours in advance and isn’t provided any other information beyond that the privately chartered flights are overseen by ICE, Abilene Director of Transportation Don Green said, according to KTAB.

“I am alarmed and extremely concerned by recent reports of illegal immigrants being released from local detention facilities in West Texas and transported to the Abilene community in my District,” Texas Republican Rep. Jodey Arrington said in a letter to Department of Homeland Security officials.

“It is my understanding that illegal immigrants are arriving at bus stations, the Abilene Airport, and other places within our community where they are free to travel anywhere in the United States,” Arrington added. 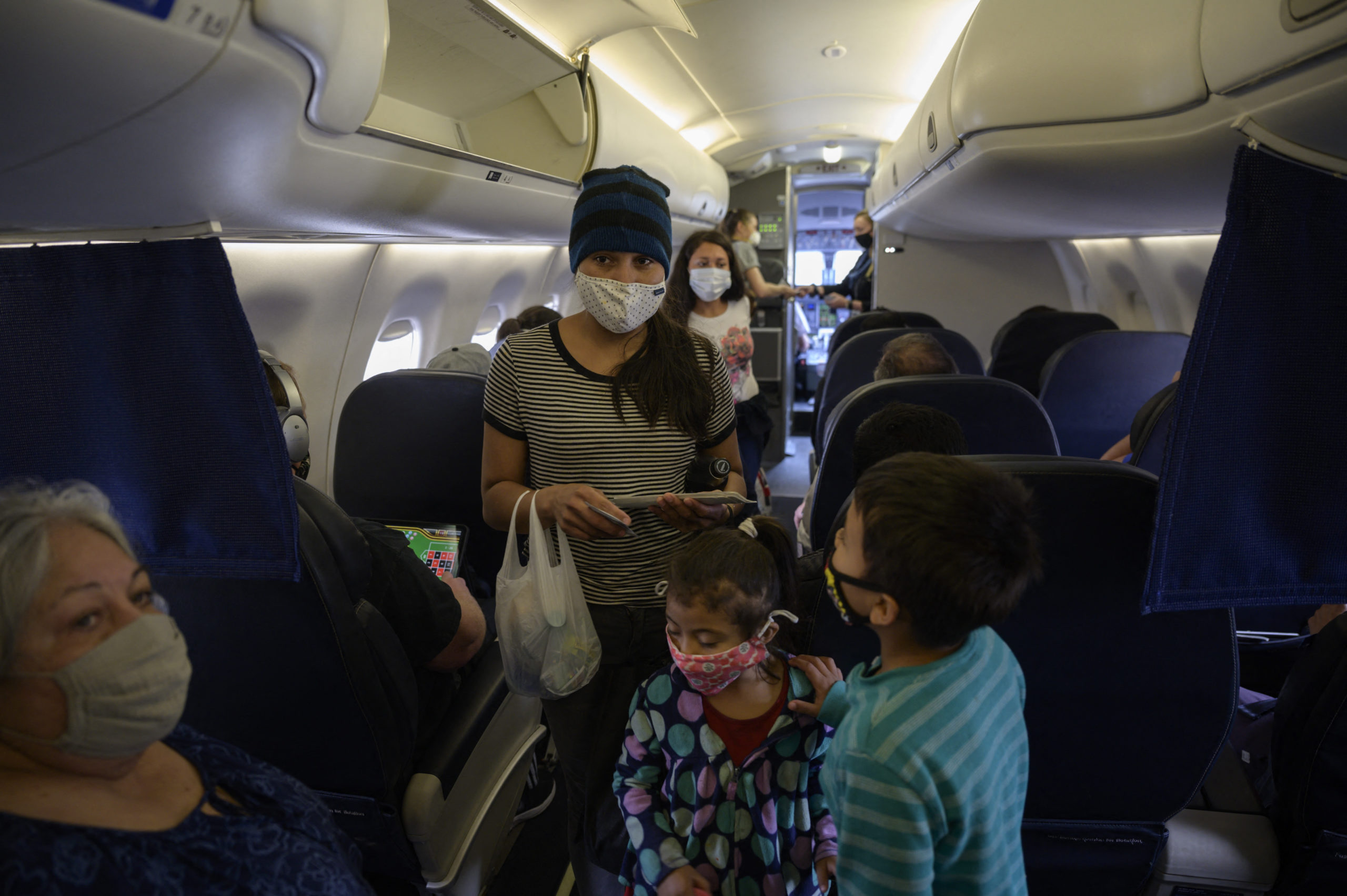 Reina (C L), Diana (C) and Dariel (R) from El Salvador board a flight on March 30, 2021 from Houston to New York, following their release from a US government holding facility for illegal migrants seeking asylum in McAllen, Texas. Photo by ED JONES/AFP via Getty Images)

The Biden administration did not notify Arrington or local officials and has not yet responded to question about the operations or conditions of the migrant’s release, according to the Texas congressman.

The migrants are likely being transferred to Bluebonnet ICE Detention Facility located in Jones County, near Abilene, according to KTAB. (RELATED: Border City Declares State Of Disaster After Release Of 1,500 COVID Positive Migrants Last Week)

Illegal migrants may be flown or bussed to other detention centers along the southern border because of an increase in the number of encounters, a Customs and Border Protection (CBP) official told the Daily Caller News Foundation on Tuesday.

“The operational need for these sector-to-sector transfers is assessed daily based on the processing capability and facility capacity of each sector and not by external influences,” the CBP official told the DCNF. “The border is not open and CBP is still operating under Center for Disease Control and Prevention (CDC) guidelines for the COVID-19 pandemic.”

Border officials encountered nearly 190,000 migrants at the southern border in June but 103,000 were expelled under a Trump-era public health order implemented in response to the COVID-19 pandemic, according to the agency.

“CBP is making every effort to remain within CDC guidelines and mitigate long periods of processing and holding to minimize potential exposure to our workforce, those in custody, and the community,” the official added. “Once processing is complete, these individuals will be expeditiously transferred out of CBP custody.”

ICE did not respond to the DCNF’s request for comment.