Dominion, which provides voting technology in 28 states and Puerto Rico, accused Newsmax, One America News (OAN) Network and former Overstock.com CEO Patrick Byrne of repeatedly pushing false voter fraud claims that created “an alternate reality where up is down, pigs have wings, and Dominion engaged in a colossal fraud to steal the presidency from Donald Trump by rigging the vote,” according to the three lawsuits. OAN reporters Chanel Rion and Christina Bobb were also listed as defendants.

“The defendants in today’s filings recklessly disregarded the truth when they spread lies in November and continue to do so today,” Dominion CEO John Poulos said in a statement. “We are filing these three cases today because the defendants named show no remorse, nor any sign they intend to stop spreading disinformation.”

“This barrage of lies by the Defendants and others have caused—and continue to cause—severe damage to our company, customers, and employees,” he continued. “We have no choice but to seek to hold those responsible to account.” (RELATED: Cybersecurity And Infrastructure Security Agency Calls 2020 Election ‘Most Secure In American History’)

Dominion alleged in each of the suits that the defendants’ “viral disinformation campaign” cost it more than $1 billion and prevented it from becoming a multi-billion dollar company. The company lost more than $463 million in profits from existing customers and $68 million from potential customers.

The lawsuits said Dominion is entitled to damages since the “defamatory” statements made by Newsmax, OAN and Byrne were accompanied with “malice, wantonness, and a conscious desire to cause injury.” 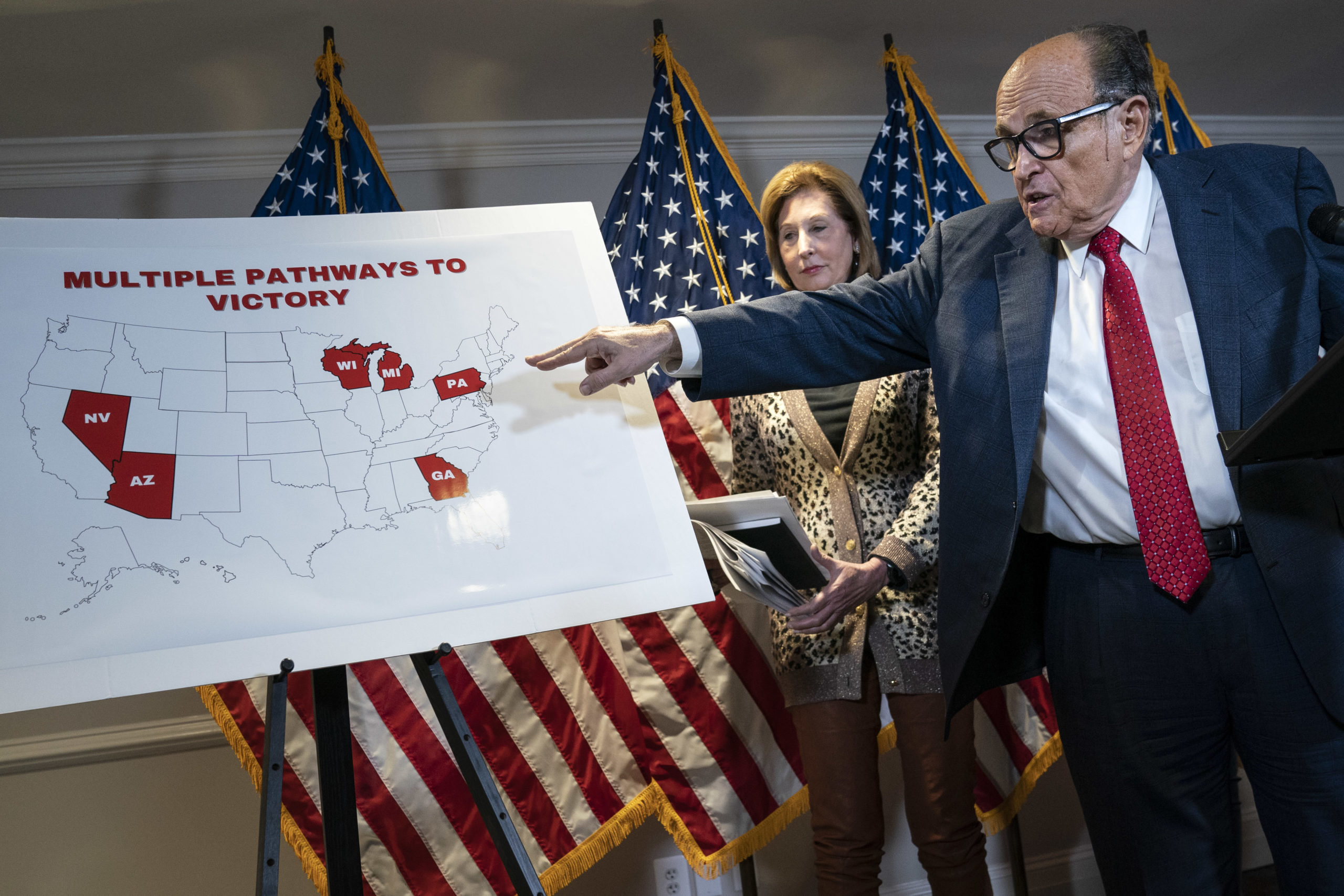 Rudy Giuliani points to a map as he speaks to the press about various lawsuits related to the 2020 election on Nov. 19. (Drew Angerer/Getty Images)

“After blowing up his career at Overstock by having an affair with a Russian spy, Patrick Byrne soon found himself a new pet project: promoting the false narrative that the 2020 election had been stolen,” the opening line of the complaint said.

Dominion has already filed multiple defamation lawsuits against news outlets and individuals it says knowingly spread lies about its role in the November 2020 presidential election. In March, the company sued Fox News for $1.6 billion in damages.

On Jan. 6, while Congress voted to certify the election, Trump supporters breached the Capitol in protest of the results. The crowd stormed the building after attending Trump’s speech at a nearby rally in which he claimed the election had been rigged and rife with fraud.