Republican New York Rep. Elise Stefanik called on Democratic New York Gov. Andrew Cuomo to be arrested Tuesday after he announced his resignation due to an independent investigation that found he had sexually harassed multiple women.

Stefanik, the third-ranking House Republican, released a statement shortly after Cuomo announced he would be resigning as Governor of New York, saying he needs to be arrested and saying the next Governor “must clean house.”

“New Yorkers have lived for far too long under the Worst Governor in America’s corrupt and criminal tenure,” Stefanik said in the statement. “This resignation is long past overdue. Governor Cuomo needs to be arrested and prosecuted for sexual harassment, sexual assault, and sexual abuse. Governor Cuomo also needs to be arrested and prosecuted for his criminal acts covering up the tragic deaths of our most vulnerable seniors in nursing homes,” Stefanik said in her statement.

“In addition, Governor Cuomo and his staff, funded by the taxpayers, must be prosecuted for using state resources to negotiate a multimillion-dollar book deal using state resources illegally. There are multiple federal and state laws that the Governor and his staff have broken, and they need to be held accountable. Every New Yorker must know that there is equal justice under the law – no matter if you are the most powerful figure in New York or an everyday New Yorker,” Stefanik continued. 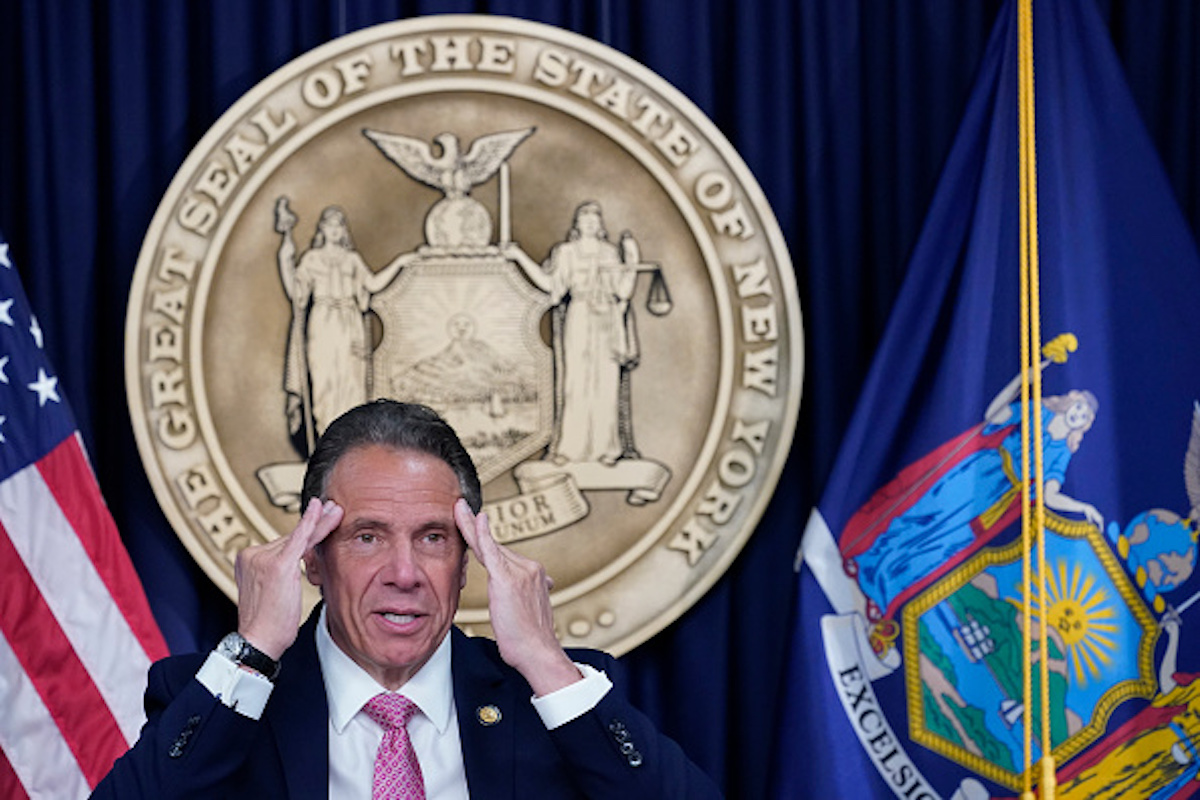 New York Gov. Andrew Cuomo speaks during a news conference on May 10, 2021 in New York City. It was announced that both SUNY and CUNY will require students to get COVID-19 vaccines before the next academic year. (Photo by Mary Altaffer-Pool/Getty Images)

“The systemic culture of criminal corruption, political vengeance, and illegal retaliation under Andrew Cuomo was brushed under the rug for years by Democrats, the media, and the cesspool of Albany. It is a disgraceful chapter in New York’s history. The next Governor Kathy Hochul must purge Cuomo’s abusive, corrupt, and criminal political appointees immediately to clean house for the sake of every New Yorker,” she concluded. (RELATED: Rep. Elise Stefanik Calls On Cuomo To Be Arrested After Release Of AG Report Detailing History Of Sexual Assault)

Stefanik originally called for Cuomo’s arrest after New York Attorney General Letitia James held a press conference to conclude the investigation into Cuomo and said that he violated both state and federal law. James made the announcement after speaking to dozens of witnesses and reviewing evidence from numerous sources. Investigators determined that Cuomo had subjected employees to offensive and sexually charged comments or unwanted touching.

Stefanik’s statement said Cuomo and his team must face prosecution in both state and federal court. The statement came after reports that Cuomo’s administration withheld the actual number of nursing home deaths from COVID-19 due to concerns that federal prosecutors would use the numbers against them.

Cuomo said Tuesday he will step down as Governor in 14 days.